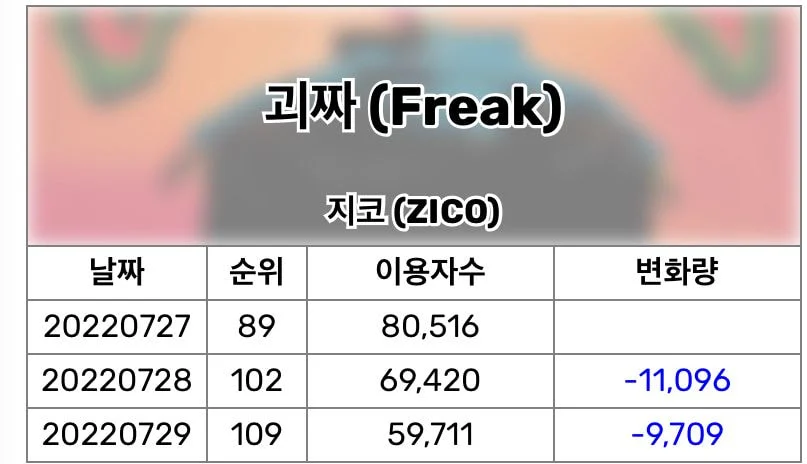 From left to right:

3. Most likely because nobody knows he made a comeback

5. I only knew about it because J-hope posted on his story. They should’ve at least promoted him more. I usually look at news at midnight but I didn’t see him at all

6. He’s not appearing on any shows this week but next week, he’s going on Knowing Bros so it’ll probably start rising

7. He even appeared on Amazing Saturday yesterday, but he didn’t even show his song, maybe that’s why?

8. It’s been almost 2 years, I thought it would totally blow up

9. I liked BlockB too so I liked this song, but it didn’t feel novel. Maybe the general public didn’t like it

10. His pre-release was actually better than his title track. Seoul Drift