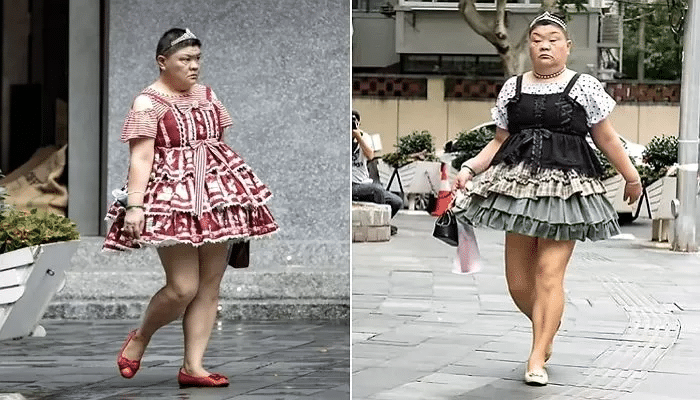 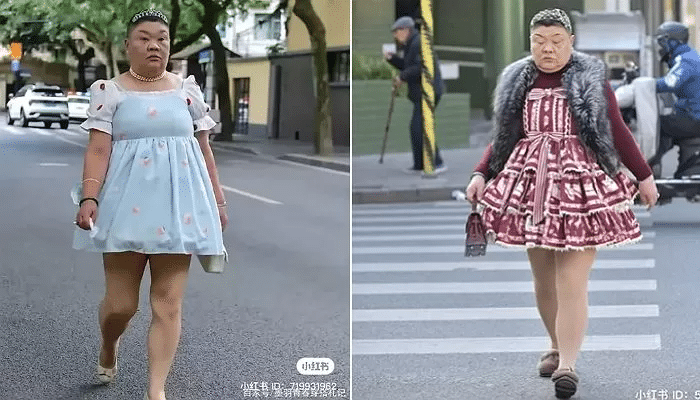 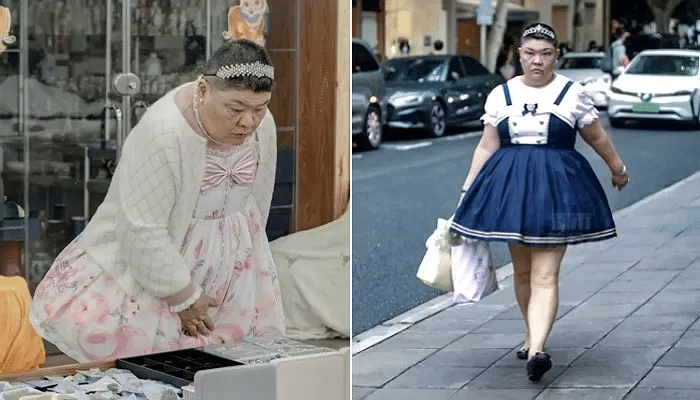 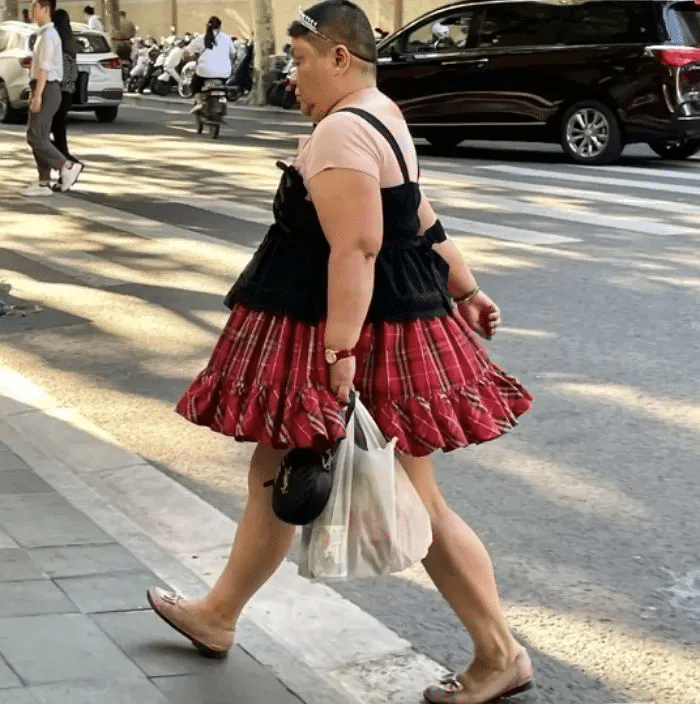 A woman living in Shanghai in her mid 50s became famous for going out the streets and walking with fancy jewelry and lace points on her dresses.

As women’s fashion became a hot topic lately, she was nicknamed ‘Anfu Road’s Princess’ on SNS, and dominated in terms of attention gained on SNS.

Although Netizens mocked her by pointing out that her short hair and princess clothes that did not suit her, they soon shut their mouths when they learned about the reversal.

In fact, the woman was once seriously ill so her hair was not growing well, and her looks started forming deformities under the influence of drugs.

The woman, who felt the futility of life because she thought she might die soon, came to think that she wanted to live the life she had always dreamed of since she was a child.

However, because of her size, she couldn’t find princess dresses that fit her body, so she started designing and making her own clothes.

3. Her talents are crazy…. She’s making gowns that could be worn on stage

4. Her dexterity is good, and her fashion sense is good too

5. She can literally drop a lolita brand

6. Wow she’s a golden hand… It’s so well-made… I tried making a dress for a festival in the past and it was freaking hard. This is amazing

7. What’s up with her golden hands? The tiara is f*cking pretty too

8. No but she’s totally a golden hand and the designs are pretty too

9. No but those are so pretty, I wonder if she worked in fashion before too?

10. She’s so good at mixing and matching