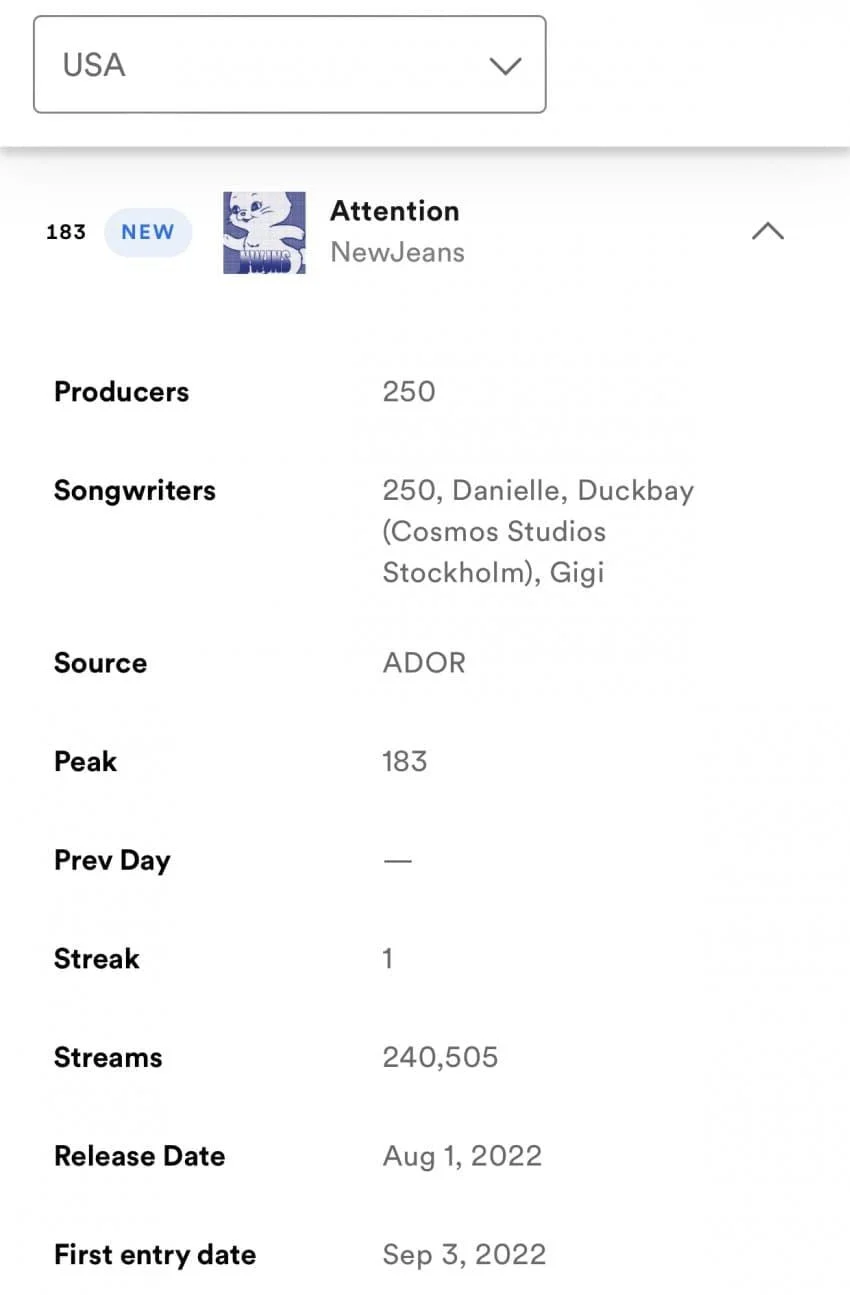 1. Wow as expected the song is good….

2. It’s not even an English song, this is daebak

4. Insaneㅋㅋㅋㅋㅋ Give a listen to Hype Boy too

5. Charlie Puth was seen listening to Attention, is it why the responses are increasing?

6. You people, give a listen to Hype Boy tooㅠㅠ

7. Wow is this climbing the charts thanks to words of mouth??

8. It’s daebak to see it climb the chartsㅋㅋ They’re super fresh rookies and they’re already popular overseas, as expected you’ll rise in the charts if your song is good

9. NewJeans and their songs are jjang

10. If you like KPOP, you’ll like NewJeans’ songs. They’re building recognition now, so they’ll succeed even more with their next release