Hi, this is Alien Company.

We have confirmed that false information is being spread indiscriminately through online communities and social media due to suspicions that actor Lee Mu-saeng is related to a male actor in his 40s who is currently arrested for drug use.

Actor Lee Mu-saeng clearly states that he has nothing to do with this case. We would like to inform that if the spread of unfounded false facts continues, we will take strong measures through legal procedures.

We will continue to do our best to protect our actors.

1. The trash journalists are f*cking evil. Just because they wrote ‘actor in his 40s who debuted in 2006’ you can start searching them up and they’ll pick this specific timing and release their articles 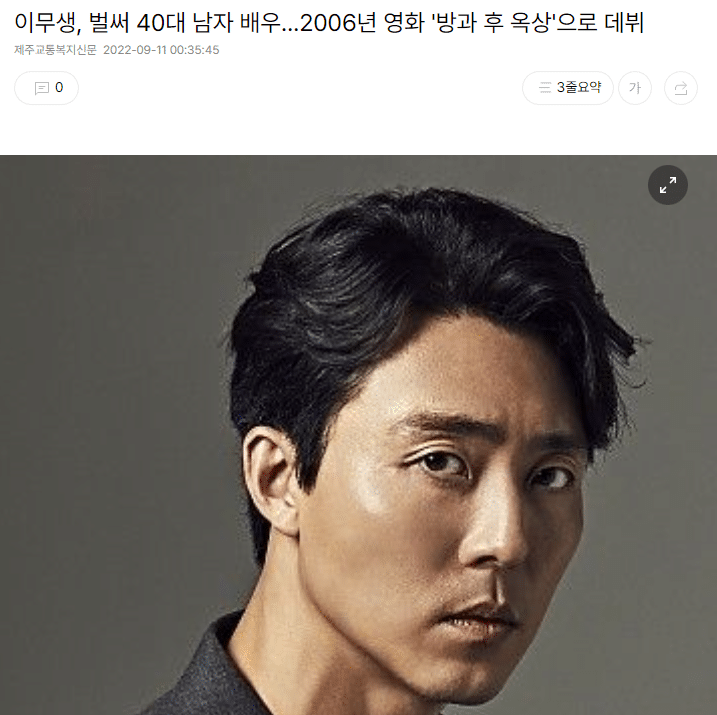 3. As expected there was no way it was him

4. Aigo… The fans must’ve been shockedㅠㅠ It’s still safer to just release a statement to give the actor’s fans more peace

5. Hul I never expected this actor to be suspected of anything, so this is a relief…ㅠㅠ He’s so likableㅜㅜ

6. Why are people still fighting here?

7. Please give us the name of the actual actor faster so that other actors don’t get tormentedㅠㅠ

8. What a relief, I really didn’t want it to be him

9. What a relied, his acting was so good in Designated Survivor that he became likable

10. I knew it wouldn’t be him but I was still suspicious… The company is working hard during Chuseok’s long holiday ㅠㅠ