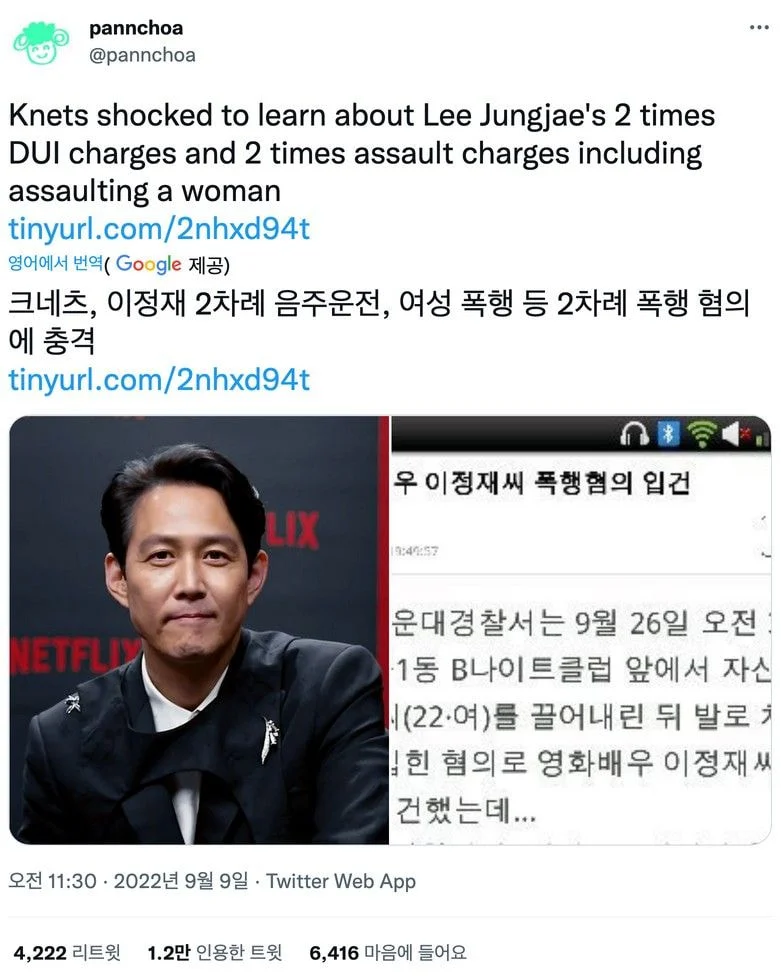 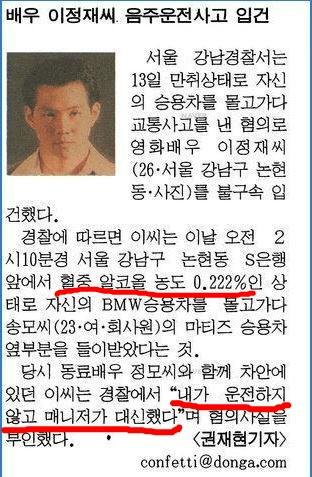 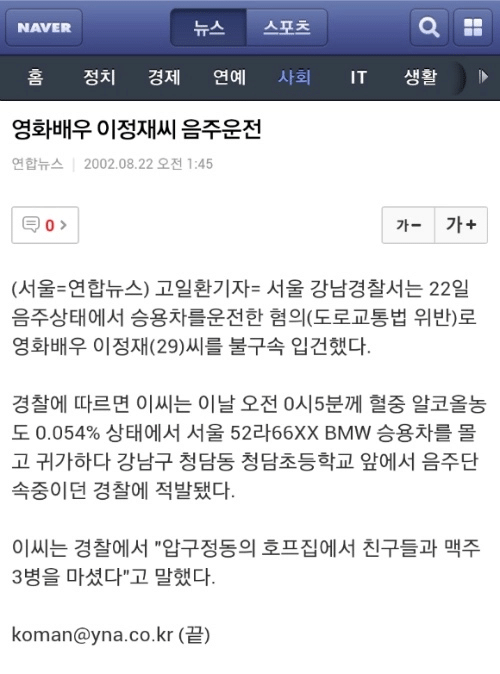 They took his past controversies and are spreading them 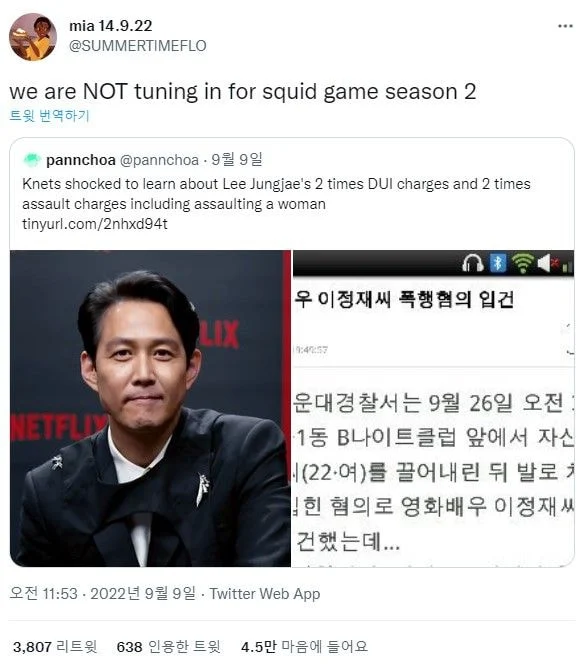 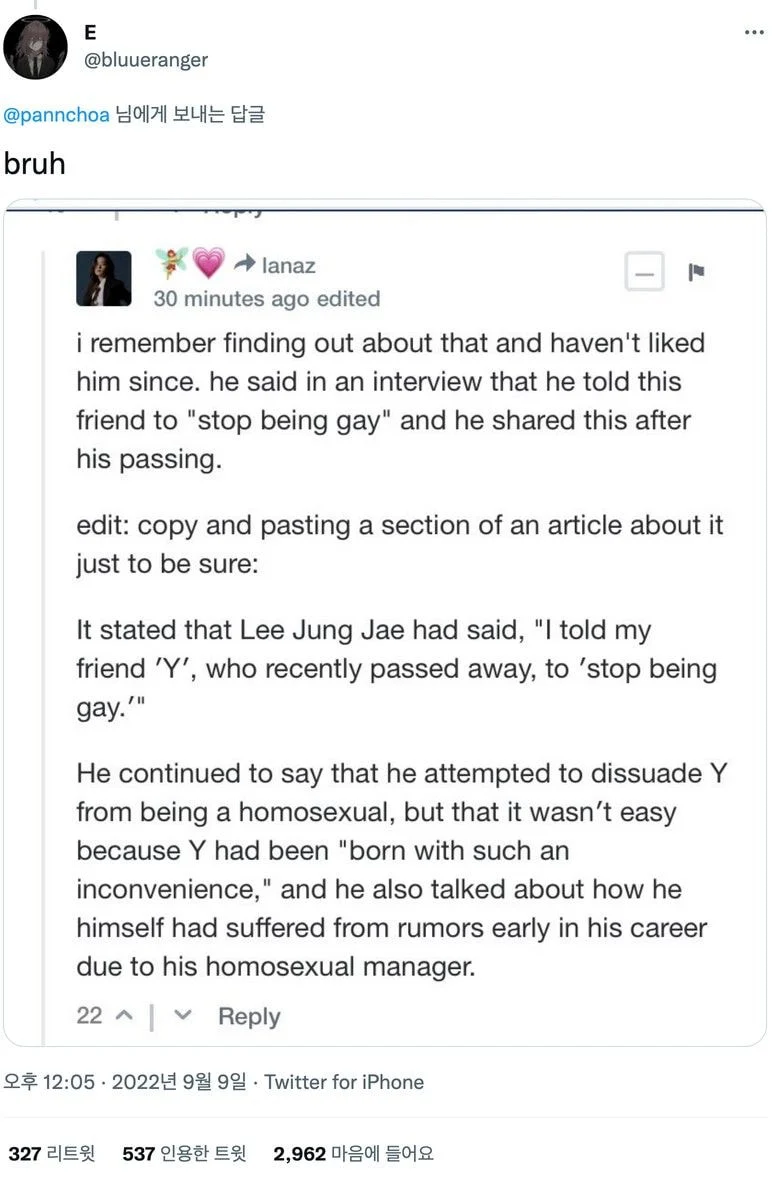 And they’re also bringing back him ousting a friend’s incident..

2. But he did DUI 20 years ago….ㅜ I personally hate Lee Jungjae myself, but this is a bit…

This isn’t overseas website, they just translate whatever they see on Pann maliciously and there’s not even that many users on that website.

Even for NewJeans, the controversy first started overseas and they grabbed the problematic parts and spread it around so controversy grew. This one too, it was translated from a post from Pann, then Pannchoa tweeted about it and international fans reacted to it ^^

The posts written by that websites are always written first by a Korean on Pann, they would translate it for foreigners to react to it after, so please, stop claiming that this was started by foreigners ‘first’ and stop thinking that the reactions there represent the majority of how they think.

And please, to the kids who keep reacting to the reactions over there, stop it already. Search for yourself, what is the true nature of Pannchoa, even international fans don’t consume that website

5. This won’t change anything for him

7. Hul from DUI to assault? He’s freaking good at his image making, even for controversies less than that, his image would’ve turned to sh*t no? And he gets to keep acting tsk tsk

8. Why are there people trying to shield him here?

9. Pannchoa?? This is a hot post on Theqoo right now ㅋㅋ Are you watching?

10. Because you can’t drag him for his DUI, you’re dragging him for other things. Are you happy now?

11. He should’ve been already cancelled for his 2 DUIs… He lived in the right generation seriously

12. His crimes aside outing someone isn’t my business, and you’ll be totally f*cked in the East if you did that….? I’m seeing him in a new light

13. The truth is that if Lee Jungjae debuted today, he would’ve been quickly cancelled…ㅎㅎ There are more people who don’t know anything about him now

14. Why am I learning his assault for the first time?

15. It’s true that the right thing to do here is to not shield him