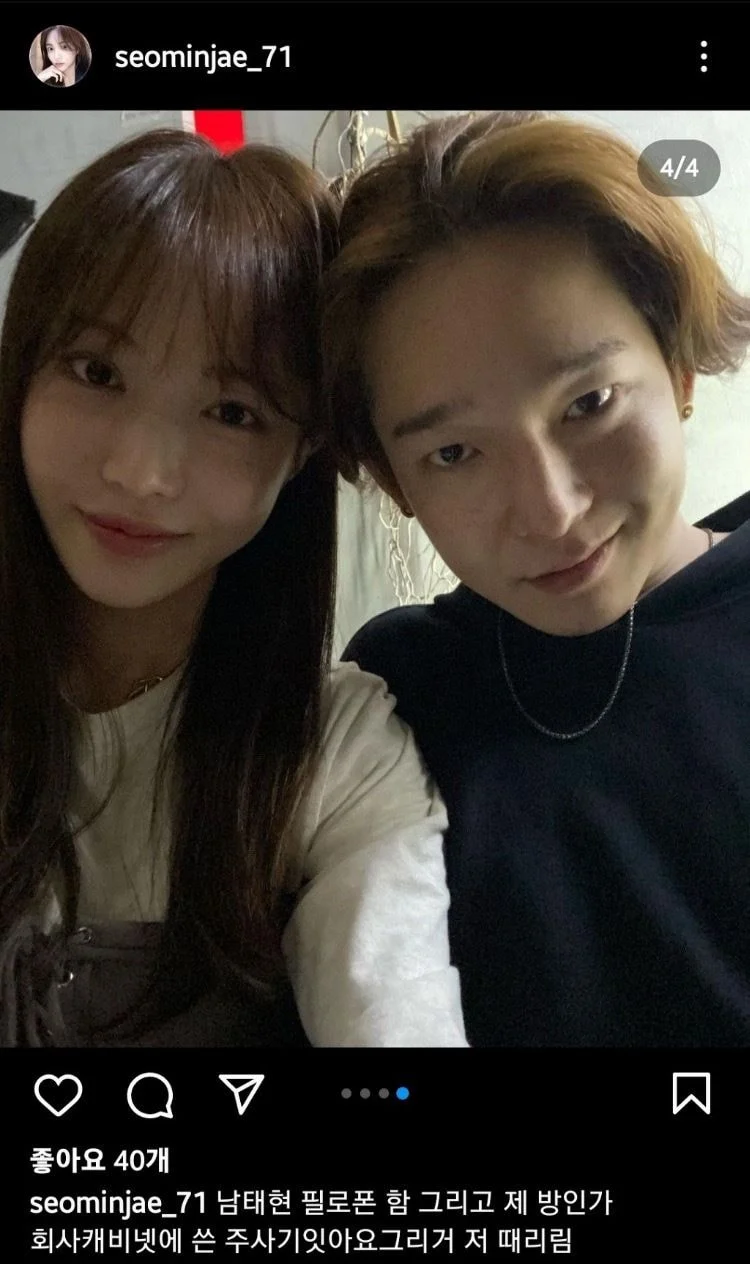 “Nam Taehyun did Philopon (m*th). Also, there’s an injection in the cabinet in my room. Also, (he) hit me”

They said that these two were operating a cafe together

2. I feel like someone reported this. If it’s real, it’s so creepy. If it’s fake and that she got hacked, it’s just sad

4. Is she trying to send us a signal or something?

6. Hul.. wasn’t Seo Minjae such a kind person too? Why would she hang out with a kid like him?

8. What is happening? ㅠ this is so scary

10. How did these two meet? And how come they are operating a cafe together?

Nam Taehyun did what drug? This is freaking scary

> Yeah, and she deleted it right away

3. Ha this is honestly shocking

5. Hul ah I’m so worried about her. Can someone please report her? Please

6. Someone reported this right?… Ah I’m getting worried…

8. What the? Isn’t she in a dangerous situation right now?

9. Is she uploading this as a report…? The way she said he hit her too makes me so worried….ㅠㅠ 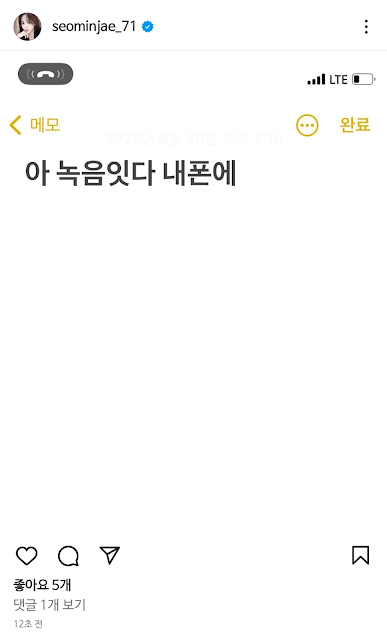 “Ah, I have a recording, in my phone”

4. No but is there no possibility that she’s being hacked?

> Seeing how she uploaded from her phone, I think that her friend is contacting her…

6. I don’t care if they did drugs or not. Seeing how she said he hit her, I think that she’s in a dangerous state right now…

9. If someone was calling her, the phone would be green but… if it’s white, it means that she’s in the middle of a call 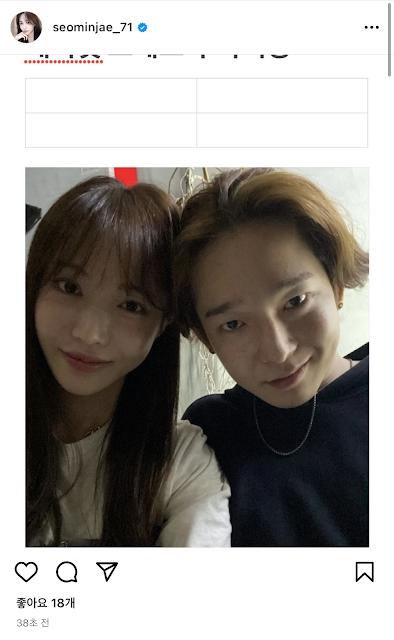 1. And she just shared something againㅠ 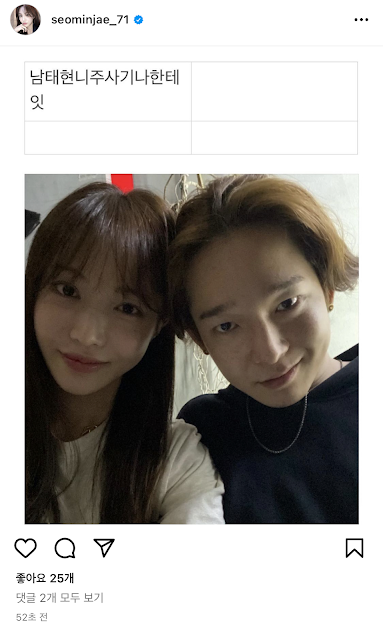 “I have Nam Taehyun’s syringe (T/N: tons of typos)”

2. Hul no but this seems like an urgent situation

4. She just shared a new oneㅠㅠㅠ

6. There was a text on the picture. You need to go to her Insta. Ha I’m so worried

9. Shouldn’t someone call the police?

10. She posted something on her story tooㅠㅠ so she wasn’t hacked? “I have Nam Taehyun’s syringe” 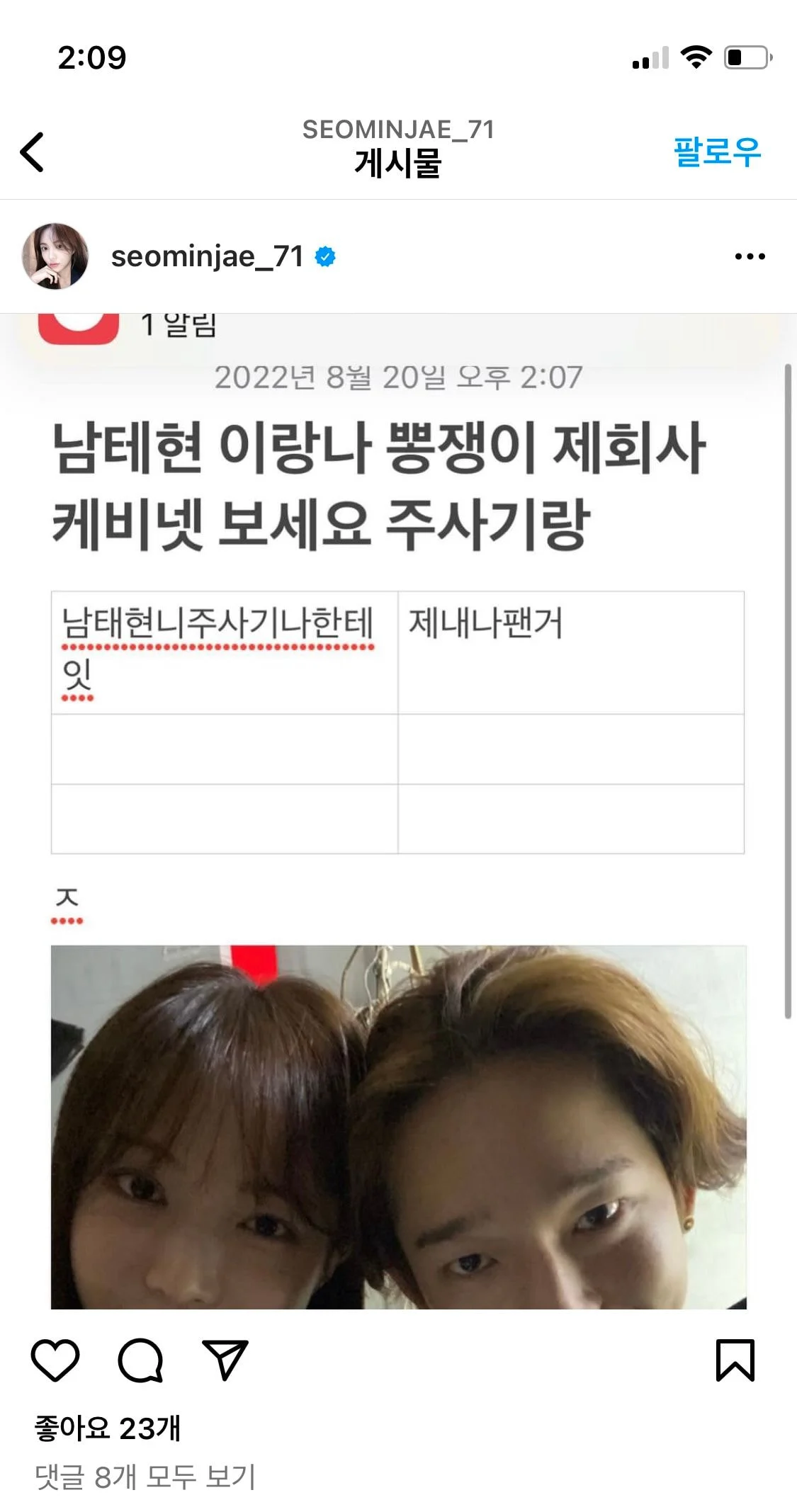 “Look in the cabinet of the company of me and Nam Taehyun druggie, about the syringe”

“I have Nam Taehyun’s syringe” 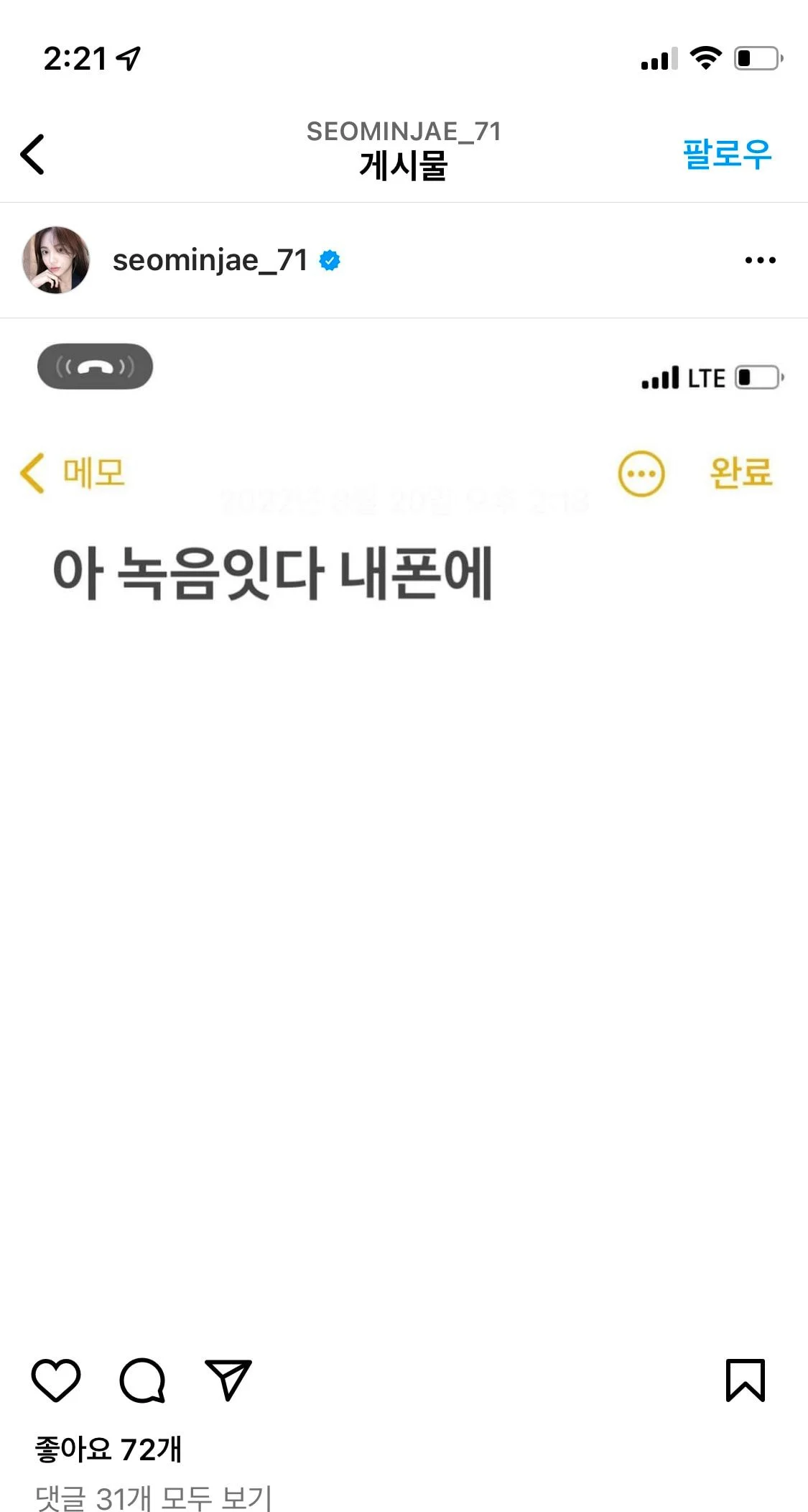 “Ah I have a recording in my phone” 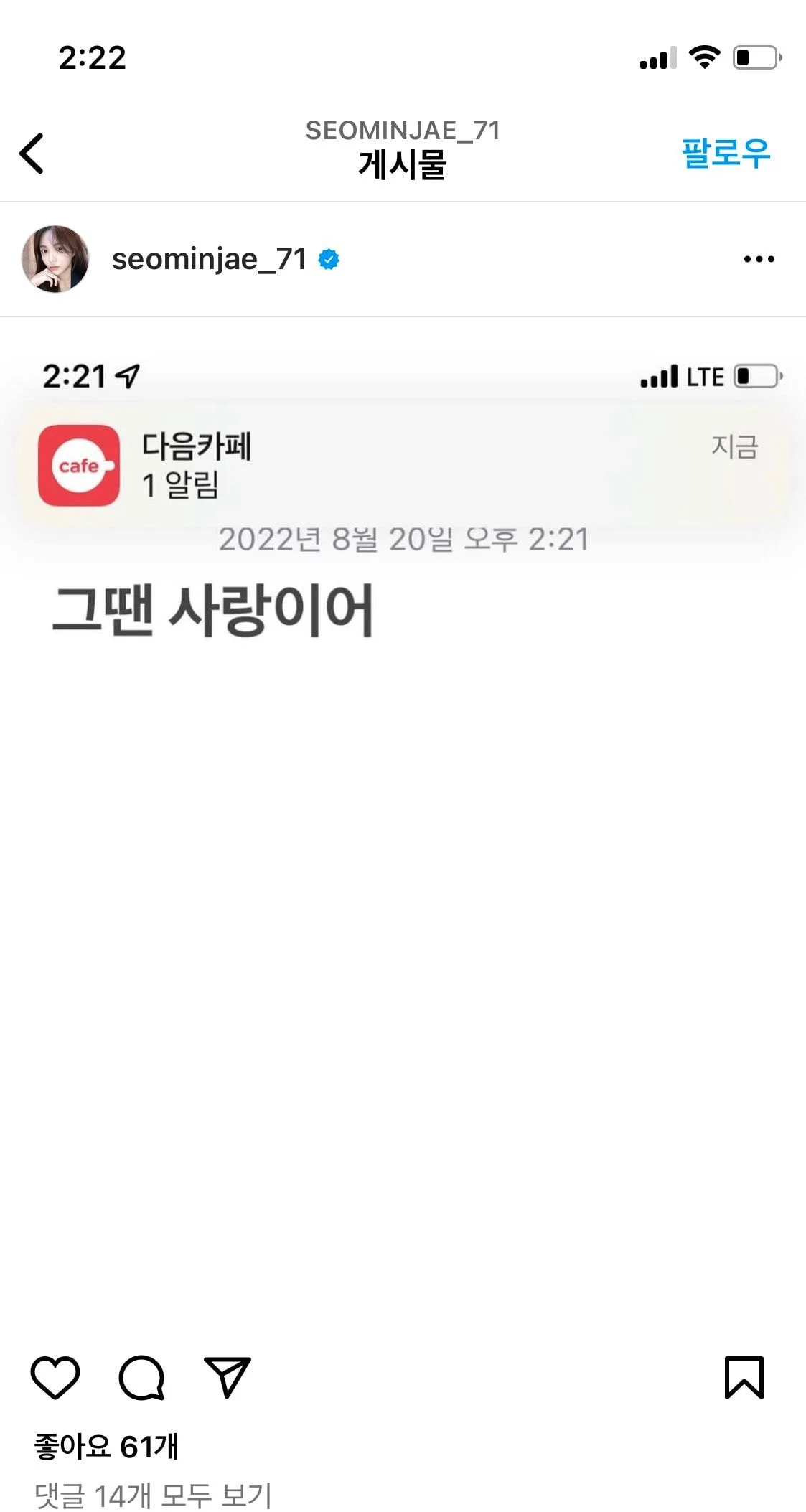 “I loved him/He was my love” 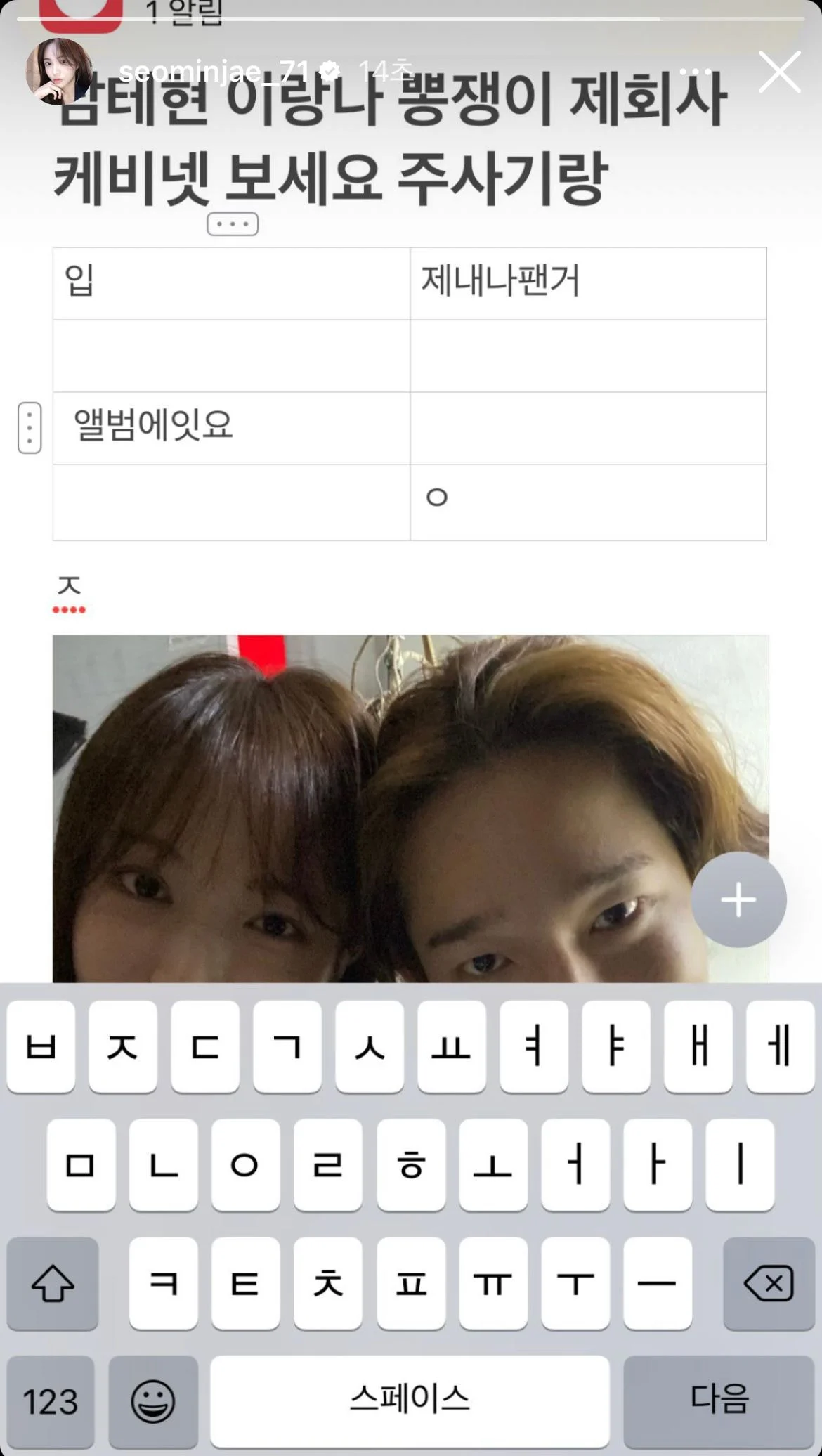 3. This isn’t hacking, it seems like it’s actually urgent

5. I thought she got hacked at first, but it’s suddenly becoming scary

6. I hope she’s not posting this while being high…

7. So she’s claiming that herself and Nam Taehyun are both druggies?

8. Hul please, anyone who is her acquaintance, please contact her

9. It’s possible that she’s getting hacked

10. They need to get investigated, both of them. They don’t seem in their right minds