1. Ugh he’s way too handsome, I’m supposed to look at the schedule time table but instead I’m looking at his faceㅋㅋㅋ 2. The time table is so pretty. It looks like an animation sketch

5. Wow this is the best concept he had so far, I’m looking forawrd

7. The concept is insane

8. Wow the colors and the concept and the aura are all so good, I’m looking forward to the next teaser

10. I just want to buy the album as soon as I saw this 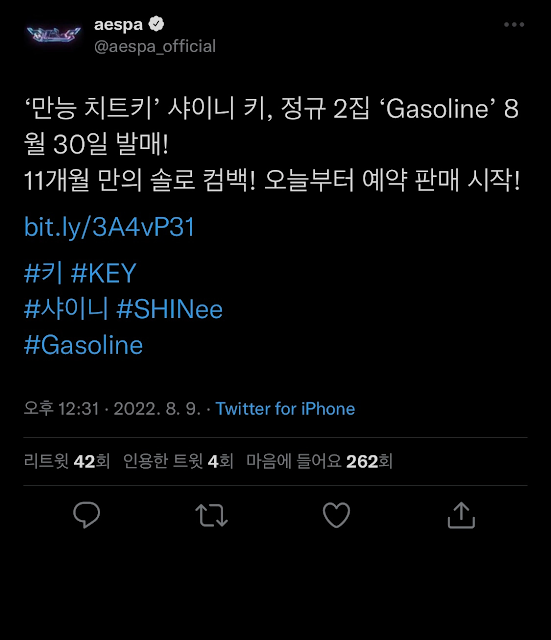 1. Are they not going to cut off that employee from SM? They made such a severe mistake on Aespa’s comebackㅋㅋㅋㅋ

2. ㅋ They seriously need to wake up and do their work right

3. Is there only one employee in charge of all those SM groups… How are they acting so chaotic not in one, but all the SM official accoutns?

4. I’m telling you, there’s only 1 person in charge of all those official accounts

7. ㅋㅋㅋㅋㅋ They didn’t even validate the album hashtag for my bias, all they do is copypaste all the timeㅋㅋㅋㅋㅋ

8. They’re so consistent in various ways

9. Sigh SM can you hire someone else?

10. If there’s only 1 person in charge of this, I actually feel bad for them..