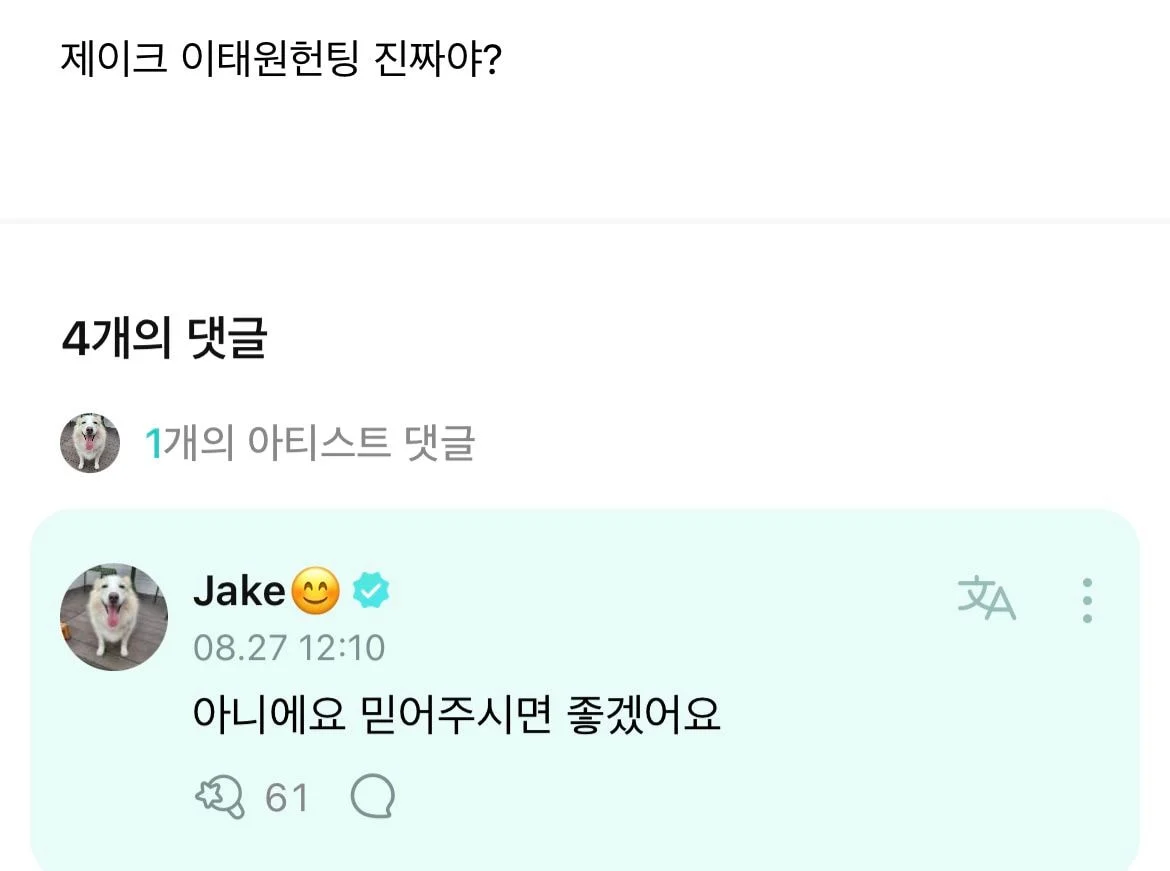 Fan: Jake, was the Itaewon hunting for real? (T/N: hunting = picking/hitting up girls)
Jake: It’s not, I hope you believe me

1. Seems like he really didn’t go hunting by his answer… I think that it was forced

3. Can he just stay quiet and let his company respond….

5. If he waited a few days, everyone would’ve forgotten… why is he reminding me of it again?

6. He must’ve not been hunting but I still hate people who smoke in the streets

9. In the picture, the convenience store was right next to him. He could’ve just gone in to buy one… and why ask girls on top of it?…

10. But he officially denied the hunting himself and the fans and himself must be at peace now no…? Seriously, only the fans are pitiful here

11. If it wasn’t hunting, then he could’ve bought a lighter in the convenience store. It was so close

12. Then just go buy one yourself… why would you ask for fire there? 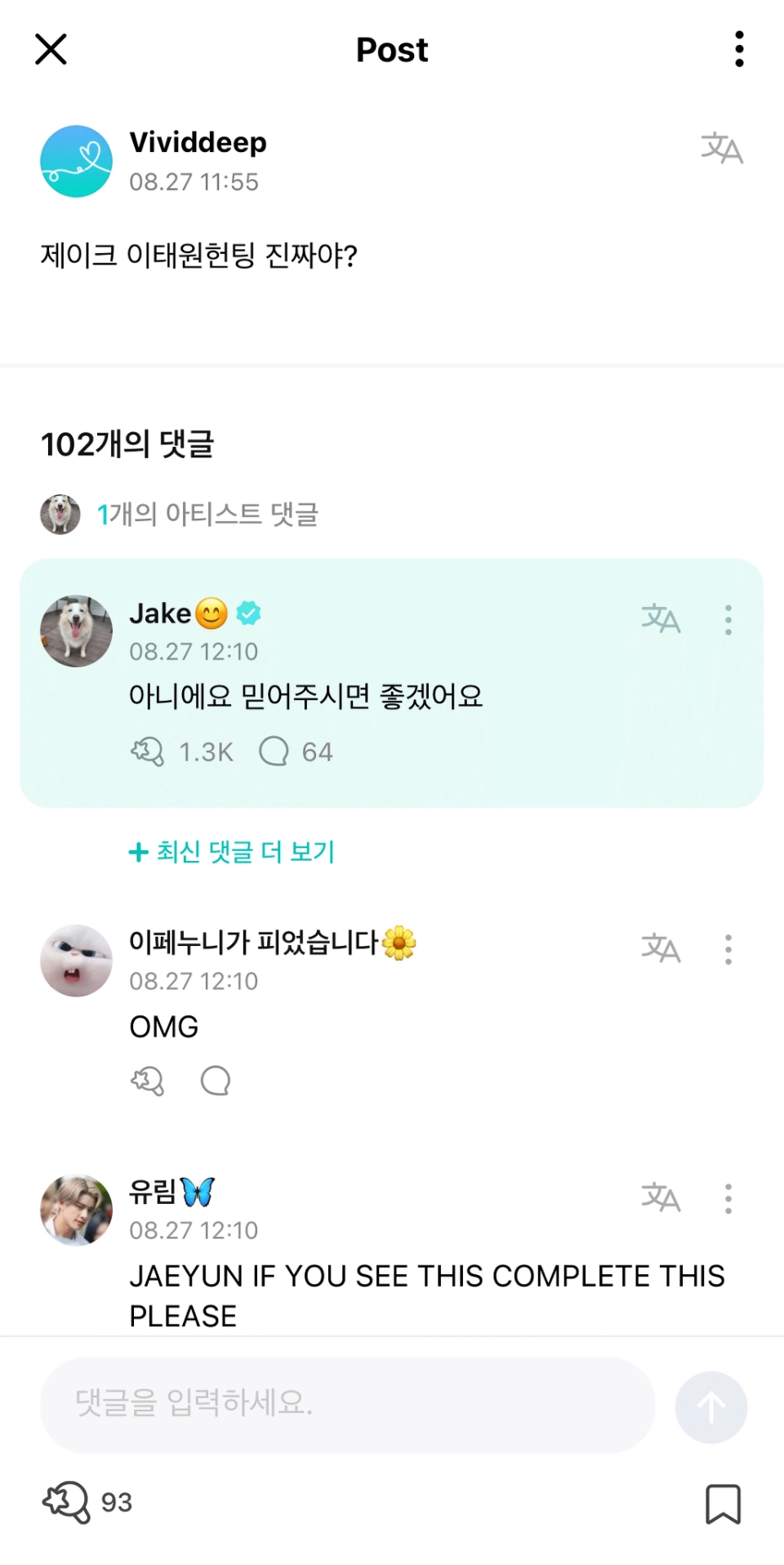 1. No but what is he doing…?? He should’ve just stayed still. The company seems to have decided to put it to sleep, but he’s there suddenly bringing it back again

2. Just how badly does he think that he was wronged in this situation that he had to do this

3. Huh he really wrote a reply to that??

4. Wow if he keeps clarifying like that, he’ll be stuck having to deal with this all the time

5. ㅋㅋㅋㅋㅋㅋㅋㅋㅋㅋ This is just hilarious

6. Wow he really felt the need to address it….? He should’ve just left the company end it with their notice, why is he raising his voice by himself?

7. But the company seems to have already dealt with it ….no? If the member speaks up by himself, what does that make the company?

8. But aren’t you guys pushing this way too much? He said himself that it wasn’t hunting and as another group’s fan I’m just wondering if this isn’t too far… I just feel like people want to hate him right now

9. But the convenience store was right behind him ?

11. No but why is the “omg” at the bottom making this even funnier?

12. This is too funny… It’s my first time seeing a male idol clarifying things like that

13. Maybe he just didn’t want to spend his own money on a lighter, but it seems like he’s really trying everything he can with that reply. I’m not his fan, so I don’t really care abou tit

14. But even if there was a convenience store right there, he can still borrow fire no…? Even though lighters don’t cost anything, he’s still allowed to be stingy about it