The reason why you want to perform at Lollapalooza?

Rather than people who like me, I want people who aren’t interested in me and the general public to listen to my music and assess my music 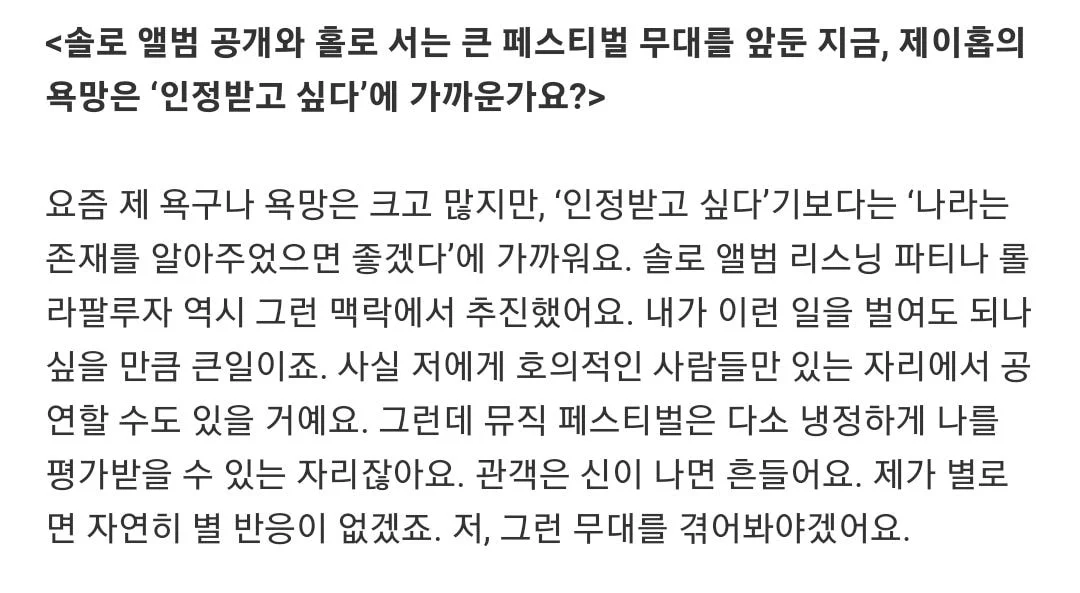 <Ahead of the solo album release and standing alone in the big festival stage, is J-Hope’s desire close to ‘wanting to be recognized’?>

These days, I have big and numerous needs and desires, but rather than ‘I want to be recognized’, it’s getting closer to ‘I want people to know that my country exists’. Solo album Listening Party and Lollapalooza are of course instances that will propel this need. It’s such a huge milestone that I wondered if I could even do something like this. Actually, I might be able to perform in a place where there are only people who already like me. But a music festival is a place where I can be judged rather coldly. The audience will jump if they’re excited. If they don’t like [my music], naturally there won’t be much of a reaction. I want to experience a stage like that. 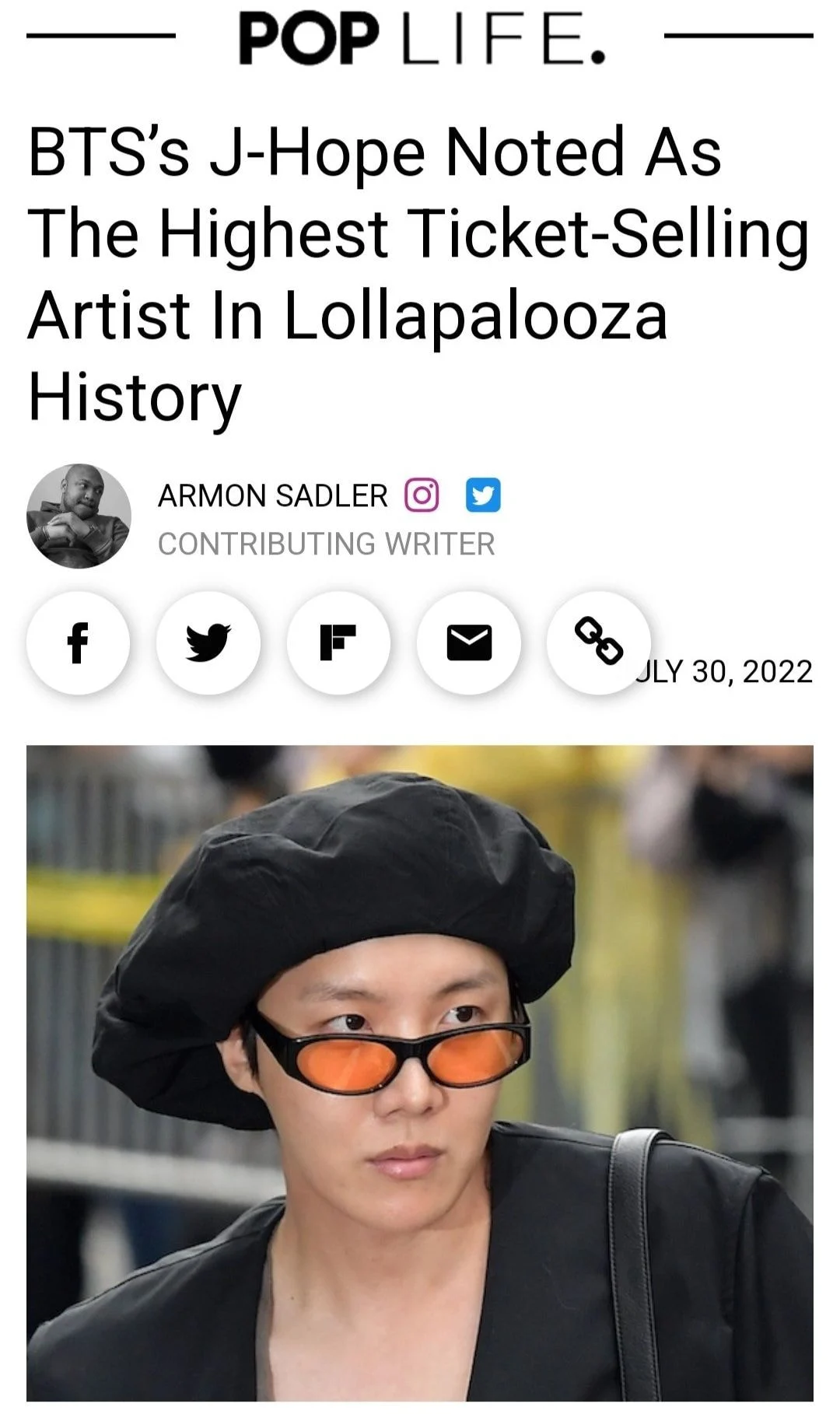 The #JHope effect on our #Chicago economy – check out my favorite Chinatown bubble tea store @tsaocaa BUSY as can be celebrating #HOBIPALOOZA with custom cup sleeves. Line out the door to the L! Countdown to Sunday night where history will be made… pic.twitter.com/riSixVLZWT

They even added 10 more minutes to his concert 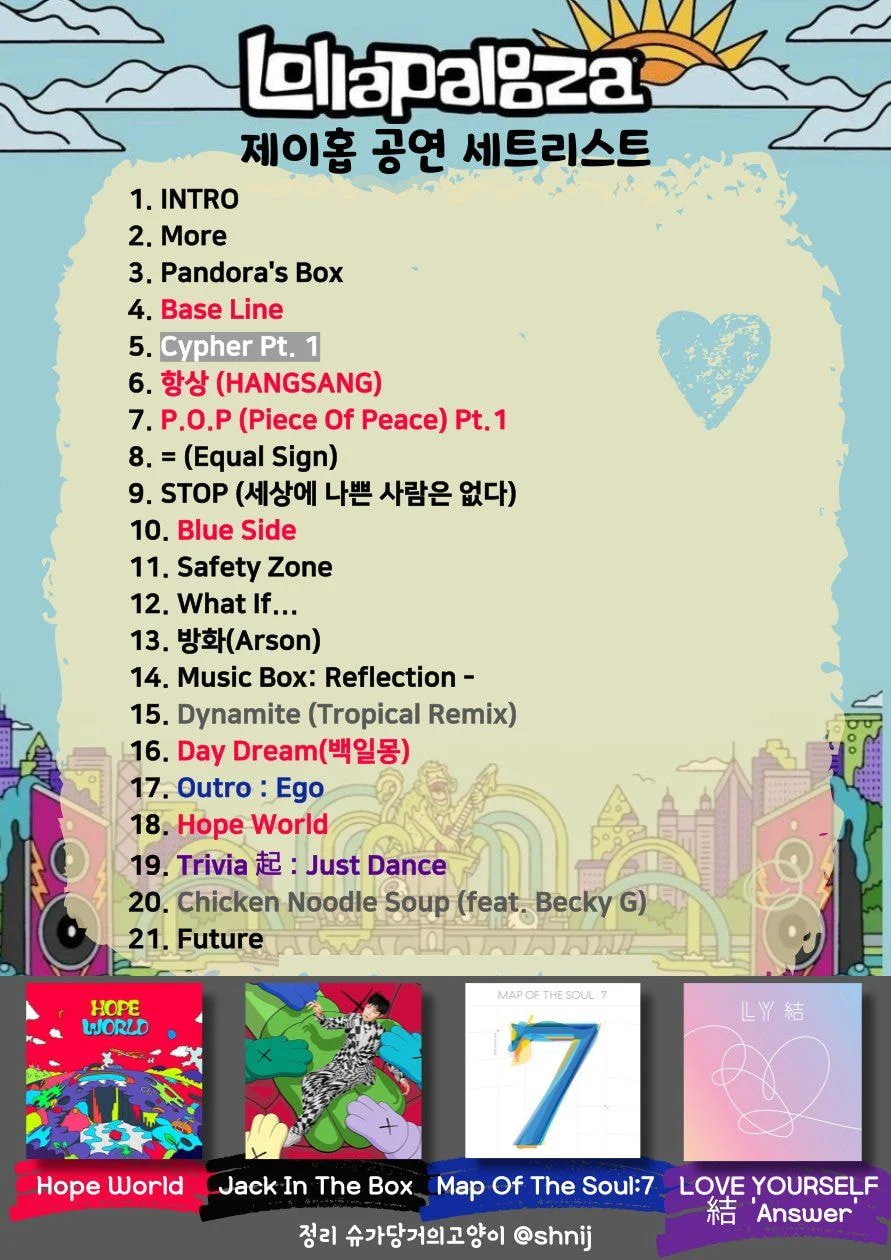 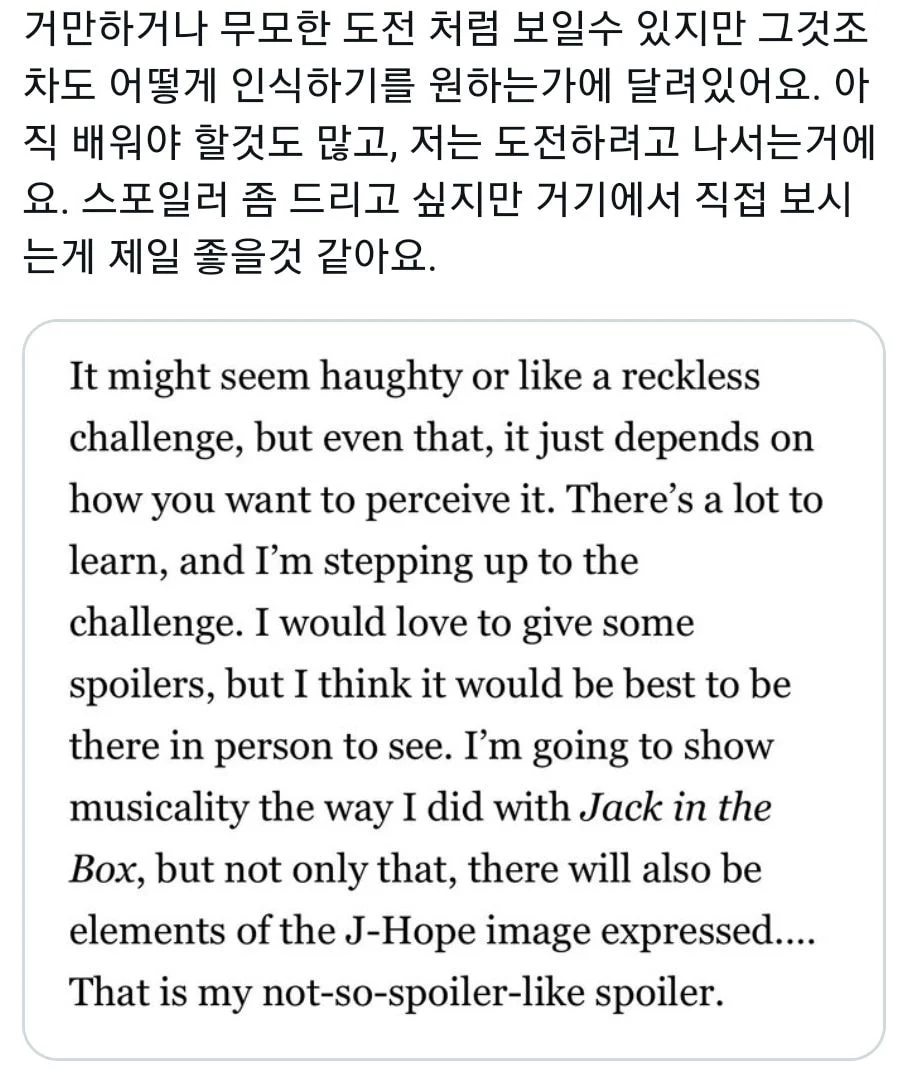 “J-hope was introduced by the mayor of Chicagoㅠㅠㅠㅠㅠㅠ”

1. Our Hobie was the best, you suffered so so much, now come back to your home country and take care of your health. You’re the best, the coolest and I’m so proud!!

2. Imagine having this kind of stage for a first solo, this is impressive

4. Honestly, this member seems to be doing the best musically, he learned English so fast and his image is also good… At first, I thought his voice was too unusual so I didn’t like it, but slowly, I grew fond of it and he has a voice that overseas rappers don’t. He’s unique. I support him

5. He’s such a cool personㅠㅠㅠㅠㅠ

6. Just from his stage presence, he’s different. He’s so good. This was his first individual promotion and he was able to fill an entire hour by himselfㅠㅠ I wish all their solo promotions to do well, I’ll look forward to their solo tours

7. He was really impressive todayㅠㅠㅠㅠㅠㅠㅠㅠ

10. Hoba, you were totally totally cool!!!! Please hold a one man concert in Koreaㅠㅠ 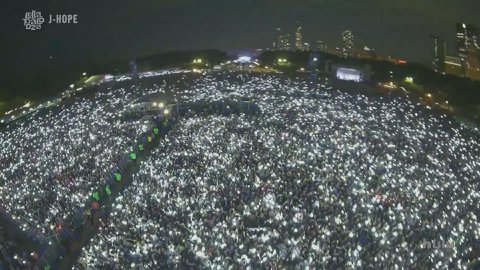 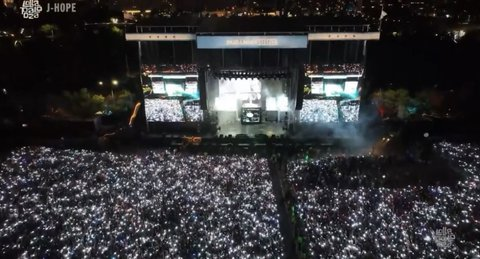 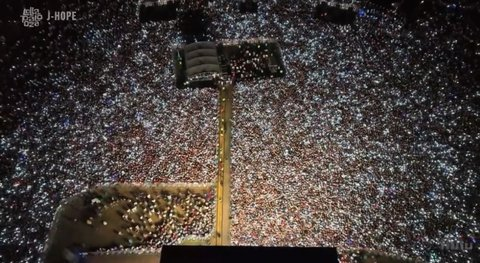 There were 14M people watching on Weverse (not counting US)

Just how popular he is..

The army bombs were legendary

The moment news about J-hope’s concerts were out, they already said that this was their shortest amount of time selling out tickets while it was the biggest amount of tickets soldㅋㅋㅋ And because J-hope sold out his concert, he was also able to rise the price of the tickets for other artistsㅋㅋ He’s seriously amazing.. Weverse was crazy too. BTS’ power is seriously impressive..

J-hope is only getting neglected domestically but he’s freaking solid overseas. He was able to enter HOT100 by himself and right now that HOT100’s criteria has changed, all Asians artists are at the bottom when they enter the charts. Even people like BP and CL will have a hard time entering the charts