the context: this guest kept teasing wendy that her eyes look sleepy and he kept repeating that “joke” a few times. during the ending, he did the snap bcs he said wendy looks sleepy again 🙃 pic.twitter.com/jZVa0OU64v

(Rough trans of the first clip:

Lee Jinhyuk *snaps fingers to wake her up*: You look tired

1. Why are there always talks about him?

2. If you get annoyed by that, can you even live in society?

3. It’s true that this hand gesture is rude

4. If you watch the other videos, he kept saying that her eyes looked sleepy and if she was tired. The DJ is actually doing a good job not caring about it here

7. What is he doing? He’s wavering his hand and snapping his fingers in front of her??? I don’t see what’s the issue here???ㅋㅋㅋㅋㅋㅋㅋㅋㅋㅋㅋㅋㅋㅋㅋ

8. He’s snapping his finger in front of her face. You call that “not rude”?

9. I honestly didn’t think it was problematic at all..

10. This just made me wonder if they were super close? 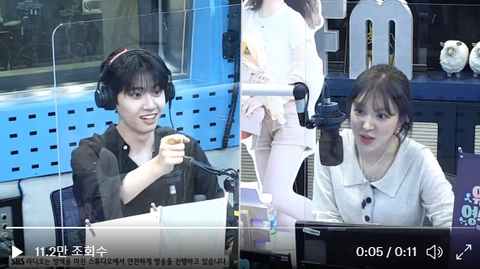 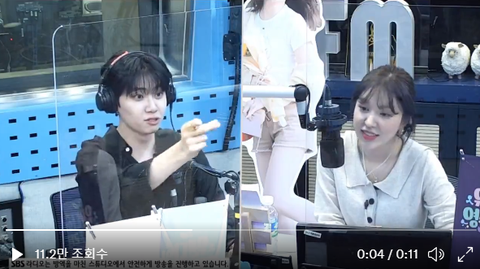 I hate people snapping fingers so much… Me too I’ve experienced it and even if it comes from somone older than me, I get annoyed

I watched a longer clip and it was uncomfortable. He told her that her eyes looked droopy on camera and to shake her eyes. Wendy said that maybe her eyes were swollen and he told her she was lacking magnesium, to go eat a banana and even during the commercial break, he kept on talking like that 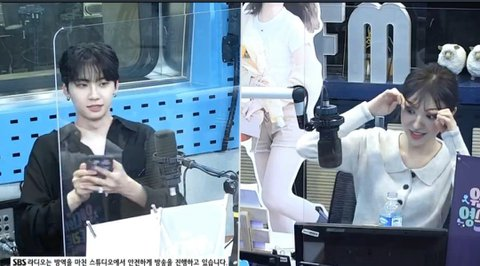 Maybe because he’s ugly, but it’s even more annoying