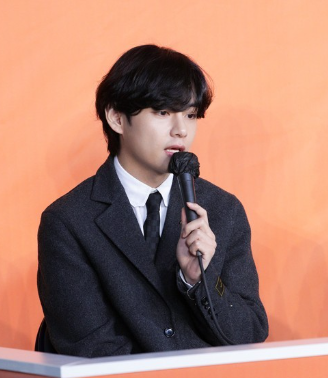 The commendation plaque was awarded to three individuals, including BTS member V, as well as five corporations […].

At the awards ceremony that day, ‘V’ was unable to attend due to schedule, and his father shared his joy for receiving the award.

On the other hand, sincere taxpayers are individuals and corporations who have faithfully paid local taxes that exceed a certain amount in the past three years. has been awarded

1. Isn’t this a given? He’s still cool though👍 He’s sure comparable to someone

2. Makes him so comparable to that other member… This is the right thing to do..

3. One member is a delinquent taxpayer another one is a commendable taxpayerㅋㅋ

4. We need to congratulate good taxpayers. V is cool

5. Because they’re in the same group, there’s no way he doesn’t get comparedㅠㅋㅋ He’s cool, but meanwhile the other member isn’t doing what’s considered an obvious thing to do..

6. Wow he’s so comparable to Jiminㅋㅋㅋ

8. Honestly, the moment I read about this, I automatically thought of that member who was a delinquent taxpayer. I hope he can learn from V seeing how conscientious he is paying his taxes

9. Why Goyang city? Isn’t he living in Seoul? What’s the?

10. I see a lot of people here saying how it’s an obvious thing to do… I think we should praise everyone who pays their taxes diligently !