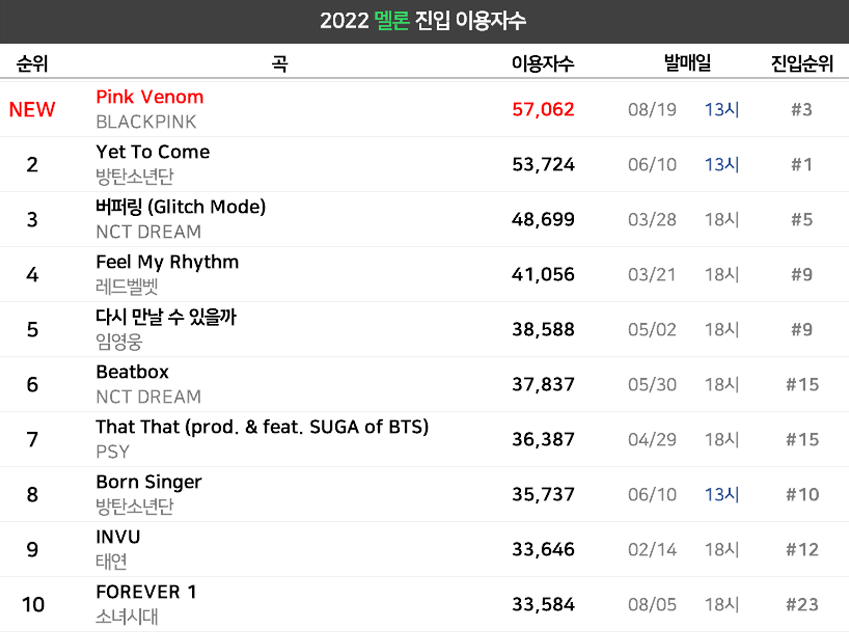 5. Im Youngwoong – If We Ever Meet Again

2. The gangsterness doing it at 1PM

6. They could’ve probably reached 100K if they released it at 6PM ㅋㅋㅋ They’re impressive

10. BP are seriously another levelㅋㅋㅋ They’re still a wall and the top right now, but they’ll do even better ㅜㅜㅜ This is also their level of their pre-release only ㅜㅜㅜㅜㅜ

“This time, JenLisa were seriously legendary

From Seo Taiji and Boys to Jinusean and 1TYM, they reminded me of all the old school hip hop groupsㅋㅋㅋ They killed it

1. That part was daebak; it was freaking good

3. That part does give off the Seo Taiji and Boys vibesㅋㅋ

4. Look at their tone. It’s crazyㅠ

6, I liked this part so much. They killed it ㅋㅋㅋ

7. Please, give them a full rap song. Seriously, it was way too good ㅠㅠㅠ

9. They are the two tops of K-hip hop

10. I think that they are the best fraud-duo of BP…