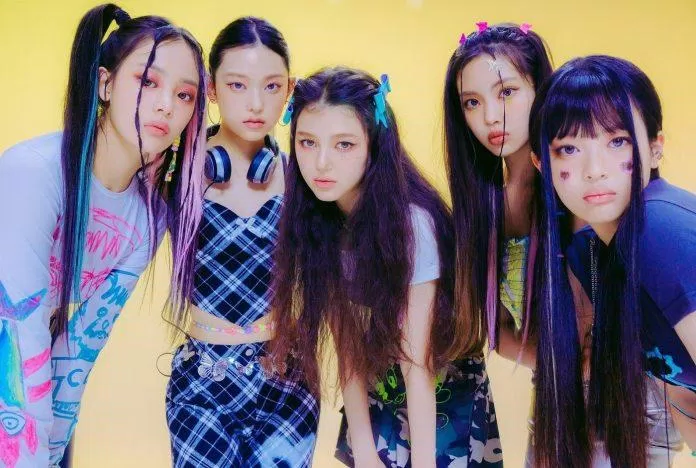 Kim Jinwoo, RBW’s CEO said “unlike other currently active groups who pursue strong and powerful music, they pursue easy-to-listen pop music, and they stand out the most because they express innocence and trendiness as a concept.”

An anonymous representative from an idol agency called them “The group that best expresses the natural charm of teenage girls.”

Choi Jinwoo, CEO of HIGHUP Entertainment, said, “I think that they are a group that seeks public recognition with a sensibility and freshness from the 2000s, breaking away from the idol “frame””. “I wonder what the “nature” of NewJeans will translate into music with their own charms and colors in the future.”

Kwon Jaeyoung CEO of A9 Media said “I’m curious to see how the story will unfold with the concept of AI idols and their own worldview and unique storytelling.” “They have a distinct worldview, and they have a color as a group that stands out.”

Vice President Kim Yeonsoo of Pledis Entertainment said, “With its unique concept and visuals, Aespa is gaining great popularity not only in Korea but also abroad.”

Park Seonghoon, SBS CP, said, “Both Aespa and New Jeans are teams prepared by the largest and best agencies in Korea, pouring all their capabilities and resources, and focusing on what they do best.” “They are the idols who define what both agencies think will be the next generation idols”.

Jung Wook, CEO of JYP Entertainment, said, “The company’s system that has been nurtured for a long timewill be a great nutrient for the development of Aespa.” “Meanwhile, Hybe will create a new system as a big company that will nurture NewJeans.”

CEO Kim Jinwoo said, “Based on members such as Jang Wonyoung and Ahn Yujin, who are well-known and have a strong fanbase, they are appearing not only to promote music but also in various fields. They’re also pursuing the concept of loving oneself and being independent, which is a lifestyle that MZ generation strives for. I’m looking forward to their future promotions.”

CEO Noh Hyuntae said, “As much as the ‘narcissist’ worldview has been firmly established from the beginning, the public is also interested in finding hidden the meanings behind it.”

NMIXX, Le Serrafim, and H1-KEY were also selected by some experts. Among the male idols in their 4th generation, Enhypen received the overwhelming amount of votes, which is 17 out of 18 (94.4%).

Lee Wonmin, CEO of WM Entertainment, said  “With a strong fandom, they are showing good results in the United States and Japan, and is recording high album sales, such as becoming a million-seller in the first week sales.” “They also show a distinctive color and concept that makes the group standout.”

Kwon Jaeyoung, CEO of A9 Media, analyzed, “They’re worth keeping an eye over because they’re under Belift Lab, a Hybe label, and they’re more popular than TXT which is under Bighit, another Hybe company.” “Their audition program paved their way,” said GLG CEO Chung Jinkyun.

Noh Hyuntae, CEO of Think Entertainment, said, “Treasure is different from other groups because they stick to authentic hip-hop, they’re skilled and they have a high stage dominance.” “The influx of fans has increased, and they’re also solidifying their core fandom by introducing their own contents such as ‘Treasure Map’.”

Bang Jaehyeok, director of KQ Entertainment, said, “Compared to other groups, they seem to have superior production skills, and they received record-breaking views as they got support from the company, enough to invest 500 million in music video production costs alone.” “The comeback in October is also of interest.”

5. In terms of the talks around me, it’s IVE

6. Treasure is the group whose songs I know the least, I’ll try giving them a listen

10. Me too, I think of Aespa, Ive and NewJeans for female idols