Summer means lots of festivals for Korea, and with the outdoor-friendly weather and peak season for visitors, both local and foreign, lots of people will be sharing fun, food, and fascination in different settings and activities. From shamanistic rituals to martial arts events, festivals are some of the best ways to learn about Korea’s traditions and culture.

The most famous festival in Korea 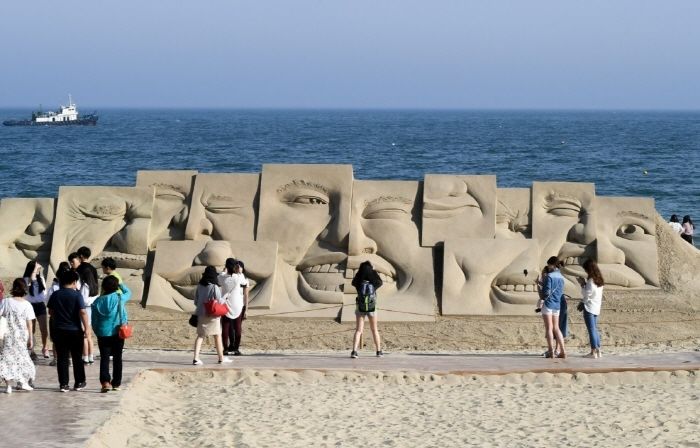 Begun in 2005 as part of an APEC summit activity, this sand festival in Busan is a collection of exhibits and activities featuring the beach’s powdery white wonder. Every June, Replicas of famous monuments throughout the world are formed with astounding detail by international teams for a chance to win prizes, while people are buried in hot sand as part of a health regimen. Afterwards, you can wait for the nighttime fireworks display and performances, or just enjoy the rest of the 1.55-kilometer beach, regarded as one of Korea’s eight scenic wonders. To get to Haeundae Beach, exit Haeundae Station at #3 or #5. 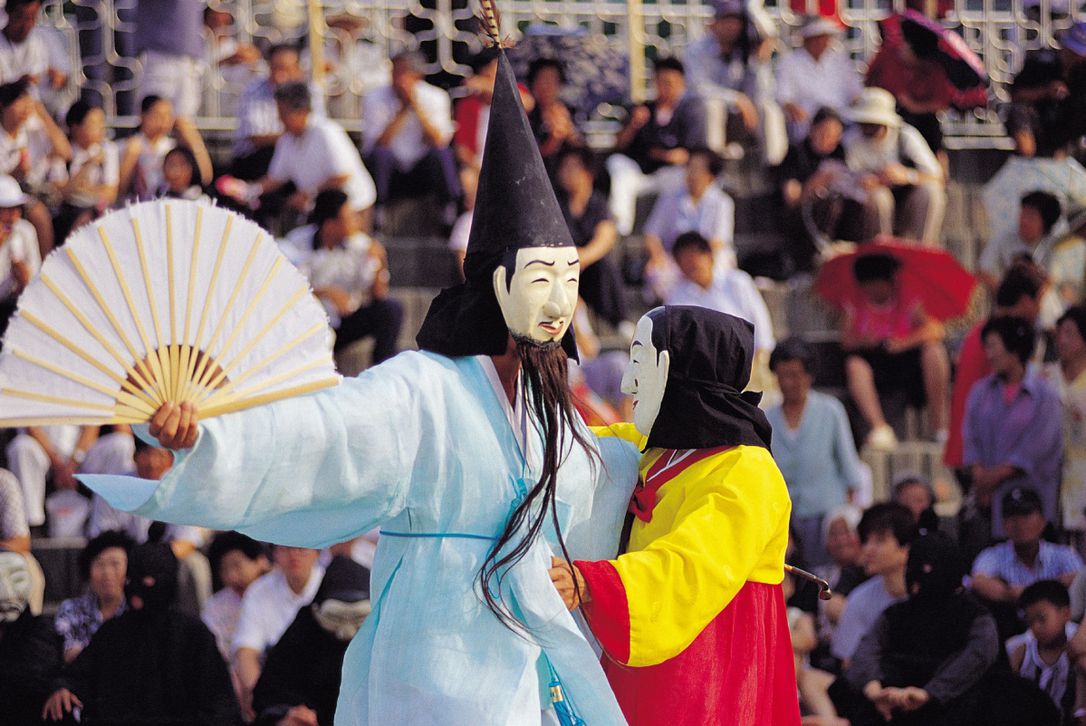 A day of spiritual rites, this shaman festival occurs during the 4th day of the 5th lunar month and is dedicated to a bountiful harvest, peaceful times, and dispelling misfortune. The locals believe that spirits descend from the mountains into the festival grounds beside Namdaecheon River during the first day of the festivities. Lantern-bearing townsfolk walk alongside the spirits towards the festival, and release the lanterns on the river afterward, offering prayers. The spirits linger in the altar for five days then return to the mountain on the last day.

A huge market also springs up during a festival time and all sorts of merchandise and souvenirs are for sale, from DVDs to native cuisine. To get to Gangneung Dano Festival, take a bus for Gangneung at the Dong Seoul Bus Terminal, get off at Gangneung Intercity Bus Terminal then ride a taxi to the Dano Cultural Center. 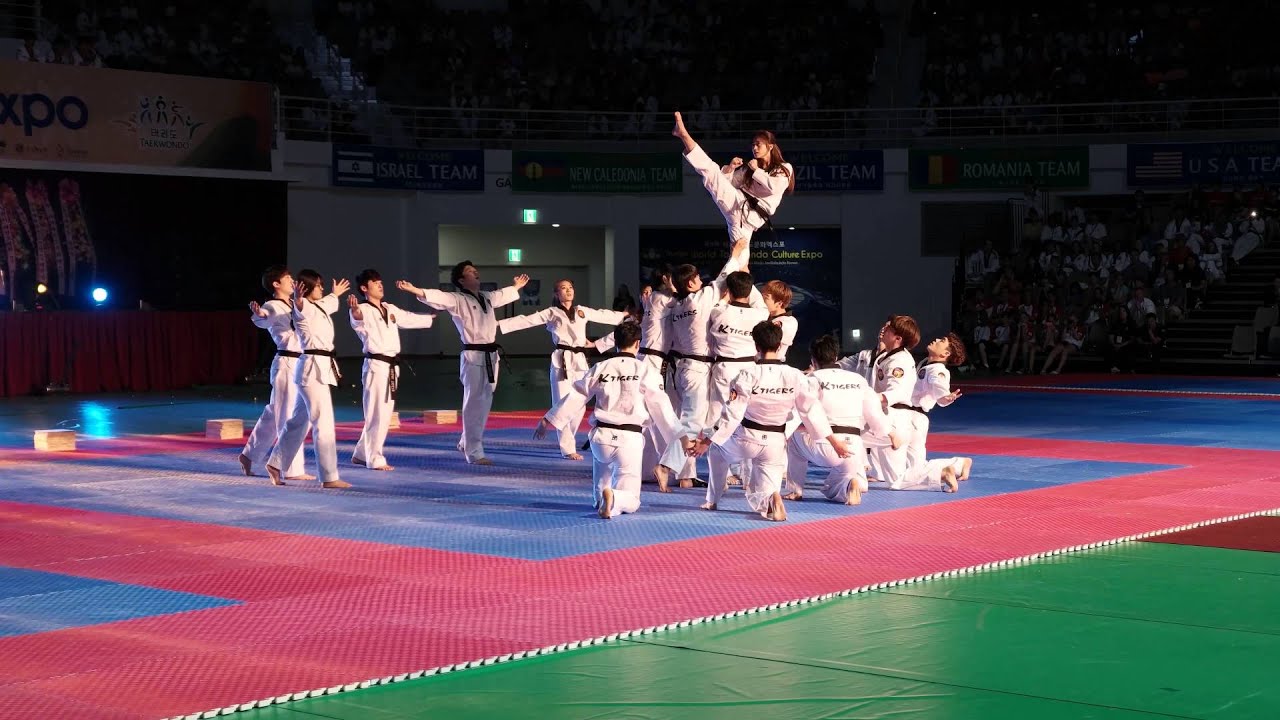 More than 2,000 competitors from 50 countries will descend in Jeonju and Muju for a series of matches, seminars, and exhibits. Cultural activities, participatory programs, and international exchanges all strive to promote the excellence of Taekwondo and Korea, as a whole. The Expo will occur from July 2 to 7 at the Muju Dome Stadium and Muju Resort. 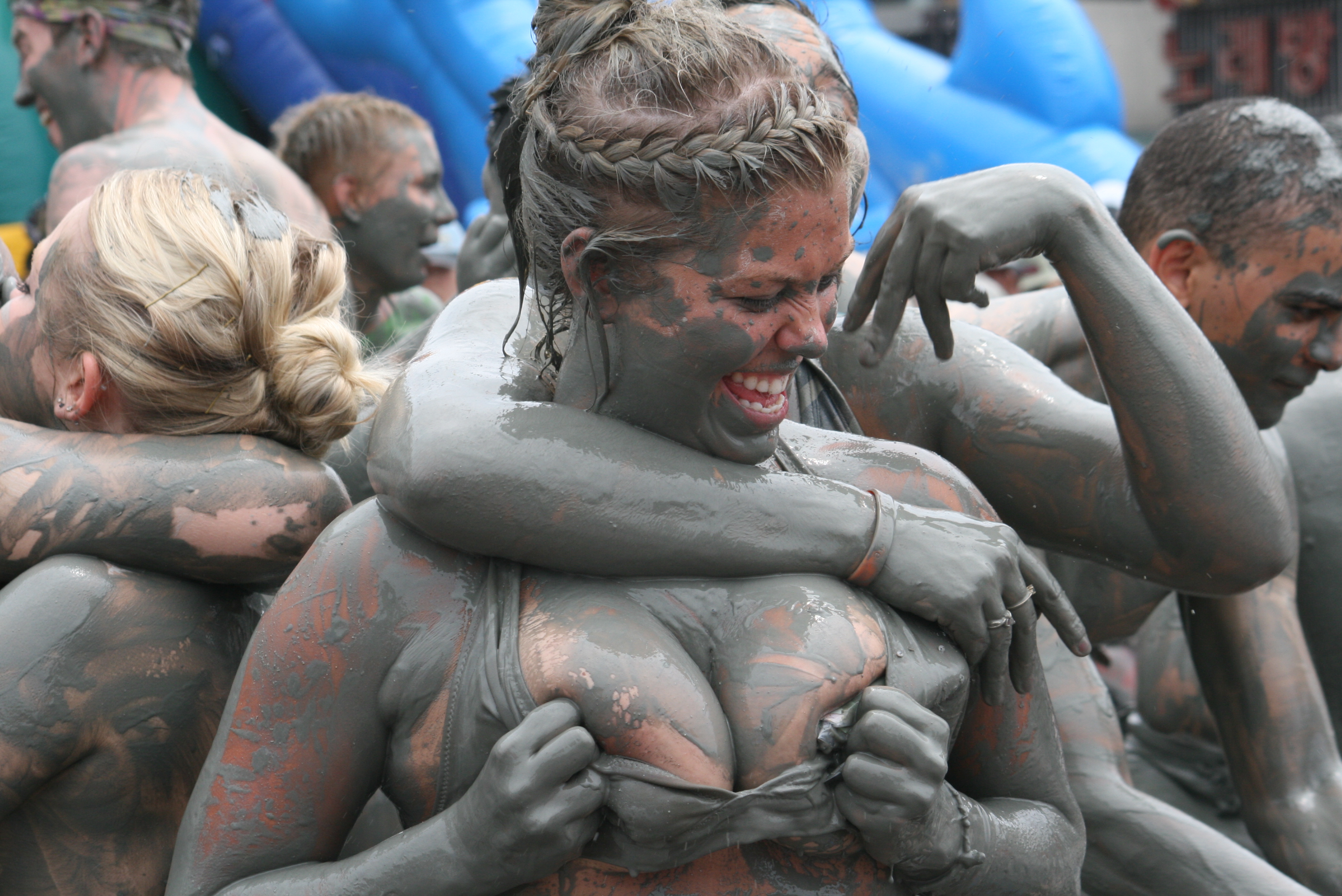 Originally an event meant to promote the town’s therapeutic mud, this festival now draws more than a million people to the messy activities of this festival. To read more about the mud festival, click here.

The Great Battle of Hansan Festival 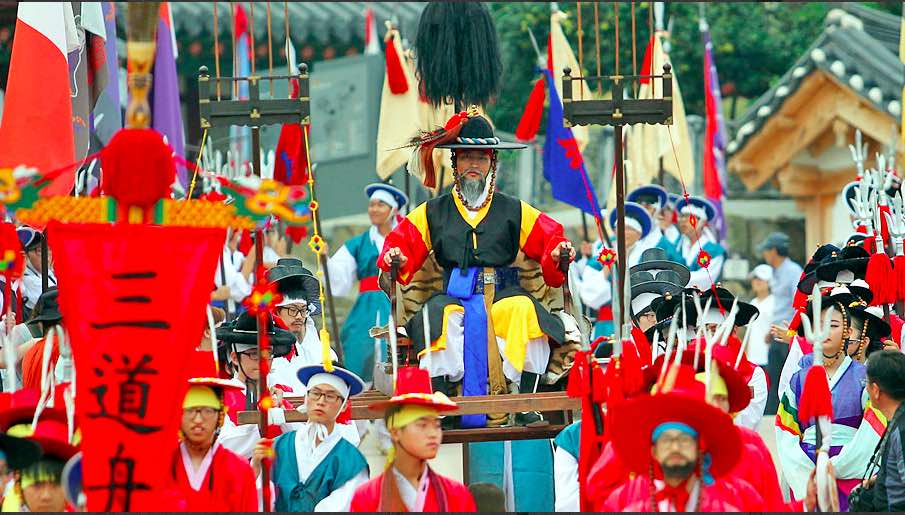 The Great Battle of Hansan Festival

Celebrated in Gyeongsangnam-do from August 12 to 16, this four-day festival is dedicated to Admiral Lee Sun Shin’s great naval victory in 1592, one of the country’s proudest historical events. The highlight features replicas of Geobukseons (Korea’s turtle-shaped warships) engaging Japanese vessels in artillery fire. There is also a parade, dramatic performances, dance exhibits, and plenty of seafood, all within the lovely port city of Tongyeong, the so-called “Naples of Asia”.

To get to the festival from Seoul, take a bus from Nambu Terminal, then get off at Tongyeong Terminal after a 4-hour trip. Afterward, ride a taxi to the festival grounds. The festival occurs in August.