– What are you doing?

– Why would you tell me when you’re at Starbucks?

OP:
– I was wondering what you were doingㅋㅋ

– I came to Starbucks but I’m so bored..ㅋ

– Ah I just bought new Airpods, so I took it in the picture too..ㅋㅋ

OP: What are you doing?ㅋ

OP: What are you doing?ㅋㅋ

OP: What are you up toㅋㅋㅋ

OP: I’m eating with my familyㅋㅋ

OP: Hey! I hope you can start the day feeling happy!

*Gift card for a latte drink at GS25 (convenience store)*

Friend: Is it fake?

OP: What fakeㅋㅋ Why would I give you something fakeㅋㅋㅋㅋ

OP: ㅋㅋ I’m asking you what are you doing?ㅋㅋ

Why would they ask them what are they doing at 3AM and 1AM? Seriously this is such a lack of sense and thoughtfulness

Ah what’s up with the part where they took the Airpod in pictureㅋㅋ..? I cringed so hard, it reminds me of that Gucci cheeseball thing..

(pic for context: this kinda became a meme in Korea, OP’s crush sent her a picture of him eating cheeseballs but at the back, you could see Gucci watch, wallet, box, etc. which looked purposefully placed) 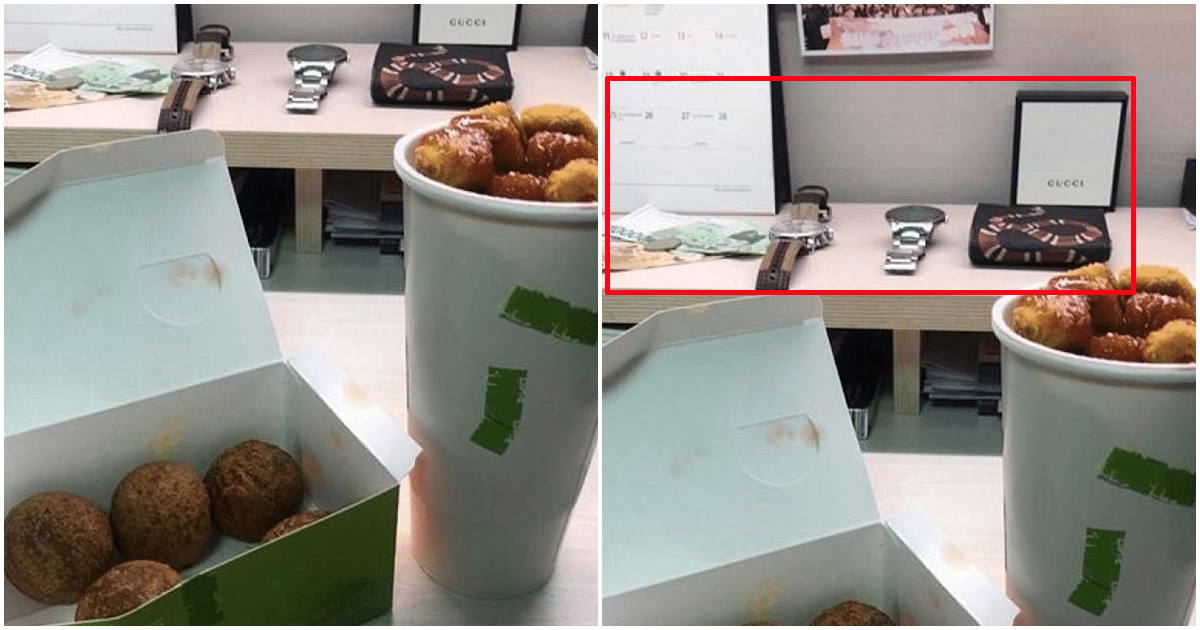 Does OP truly think that this is because they look ugly..?

Your ugliness comes second here, you sound like a loser

If you’re texting them like that, of course you’ll get this kind of response. You think it’s because you’re ugly?

This isn’t because of you looking ugly, it’s just not how a human should act?

You have no tact yet you blame it on your visuals