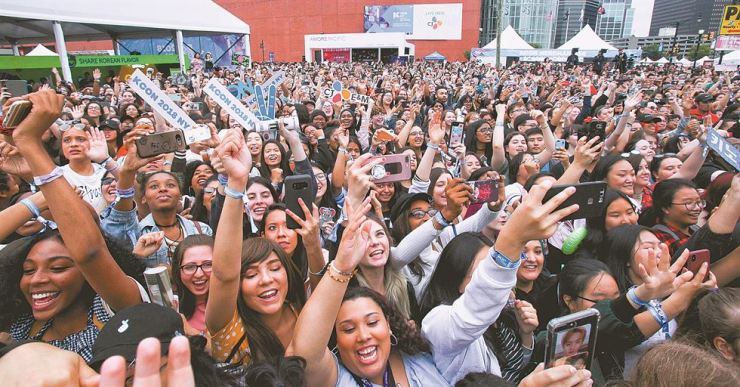 So yeah basically I’m trying to distance myself from Kpop because of toxic fandom culture and how Koreans are just unapologetically ignorant or racist towards anyone that isn’t Korean or white. Sadly it’s not easy as I expected.

Fandom culture is easy to slip away from. I have no fandom friends and when there’s news or drama I usually only watch from the sides. after a decade of being a Kpop stan what makes me stay in the scene is just to find good music that I can vibe to. I still have ults and faves that I follow but it’s not a big list anymore.

but one of my ult groups have their fair share of problematic issues and it’s hard for me to completely abandon them. I found them at a time when I needed help and their music has helped me get through a lot of bad days so I think I’m a little too attached to them. the fans tried really hard to educate them but the Korean fans keep shielding and enabling the behavior and it’s getting tiring. So I told myself maybe once they disband I can also move on from Kpop but they renewed their contracts. so I’m back at square one.

i know a lot of these issues come from the fact that they live in a homogenous country that treats other races as works of fiction. something they only see on tv or the internet. but i don’t want my time and money to be spent on people whose ideologies might be discriminatory towards me who is neither Korean nor white. i pretty much stopped buying merch but I’m still giving them coins from streams and justified it by thinking oh how much can they possibly earn from my twice per day streams.

apologies don’t even feel sincere anymore. idols apologize only because they got caught. not because they understand the gravity of what they did. like it’s really weird that the curry song is still streamable even on Spotify after Norazo apologized for it. hollow apologies. ugh i just want to stop giving these people so much attention when they don’t even want to respect international fans.