Cube Entertainment, the agency, said, “The news of (G)I-DLE’s new album is pouring out hot reactions from fans at home and abroad. We are predicting another syndrome following ‘TOMBOY’, and we are also seeing the possibility of higher sales than now.”

By the way, TOMBOY’s first week of sales were 170K copies 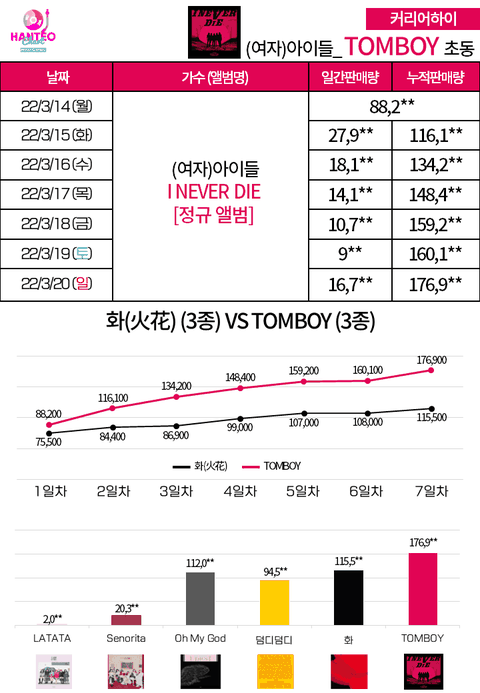 CUBE, please don’t neglect I-dle anymore. I really hope that they’re gonna take care of them until the endㅠ There were so many times where they just randomly let go of I-dle..ㅠ If only they really pushed them, I-dle, would be a group that would be able to shine wherever they go so ㅠㅠ please, let’s get it going…!! Let’s only be happy from now on

But I-dle is indeed really hitting daebak right now. All the girl groups who sold more than 200K copies on KTown4U are groups from big companies. But right now, it’s BP, RV, Aespa + I-dle. CUBE didn’t get 700K pre-orderes for nothing, that’s what the marketing people expected too. Fans have always expressed their frustration towards CUBE because of the low album inventory so talking about CUBE’s “business ability” is even funny. How can you have business ability and only release jewel albums now? They don’t even advertise anything and are only sloppily releasing self-made contents. What’s worse is that the jewel album is randomizedㅋㅋ 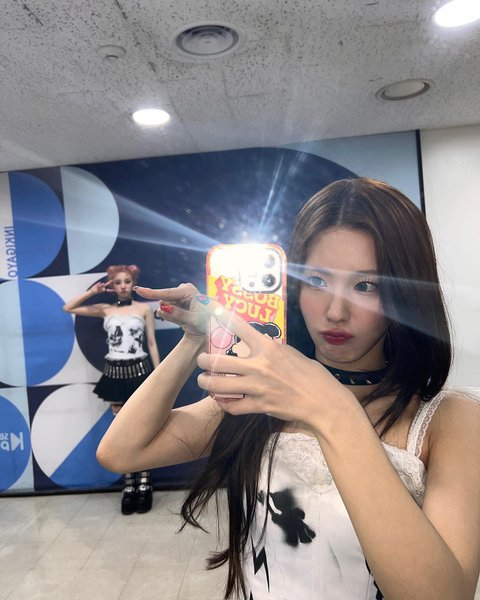 I wonder how much more pre-orders they have now compared to Tomboy? Impressive, congrats to them

I don’t like mentioning things of the past but last year, they would’ve really hit big properly if not for their long hiatus so it was a shame. They are still succeeding again now so it’s such a relief…ㅠㅠㅠㅠㅠㅠ Even last year, SJ, Minnie and Miyeon were slowly getting recognition for themselvesㅠ especially Miyeon, she had a fixed schedule 4-5 times a week which was a shameㅠㅠ of course, she still has 3 now but ㅠ I really hope that I-dle can only see happy days now