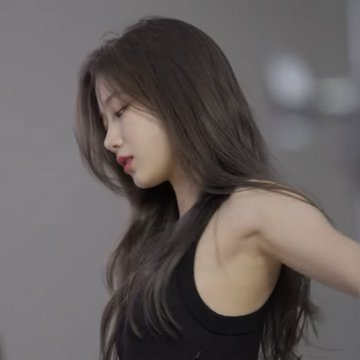 “Ah..ㅜㅜ Everyoen’s already so skinny, meanwhile the company is telling them to manage themselves and lose more weight…”
Kim Hyung Eun (Lead Artist Management): Those of you who’ve debuted would know. How important managing yourself is when artists promote. I don’t htink you were at 100%. As a company, we will do our best to give you all the means. But in the end, self-management is up to you. I need you to take time to think about how important this is and for you to strictly manage yourselves.

1. But they’re already skin and bones… And they all look the same right now…?

2. I felt so bad when Sakura started crying..

3. Don’t they rather need to gain more weight? Just watch their stageㅜ

5. Wow this was freaking rude and toxic

6. Just how are they supposed to lose more?

7. I watched the documentary too and I was wondering whether it was actually necessary for them to put that scene in? It’s not like this was needed and it felt cheap

8. Those words aside, did they feel so proud about what they’ve done that they included this in the scenes?

9. Saying stuff like that when they’re in front of all these men is f*cking low

10. It feels like this issue is becoming more severe lately. If you’re not only bones, you’ll get hated on. I’m sure the company knows this, that’s why they reacted like that. Of course, I don’t think that it’s the right thing to do…