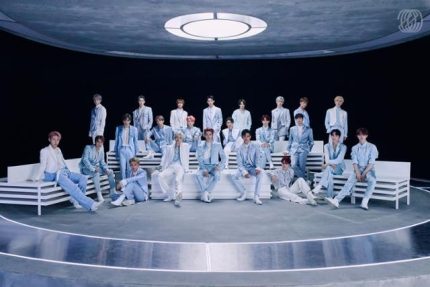 In June, news that shook the K-pop market once again was reported. It was news of ‘2022 Welcome to the Neo CiTy’, a large-scale global audition of SM Entertainment which will soon be held.

The reason why ‘Welcome to the Neo City’ drew the attention of global music fans was because of the unprecedented debut opportunity that will be given to new faces to be discovered through the audition. The challenge of those who dream of becoming the next K-pop stars continued as the story told that the final passers who passed the 1st and 2nd auditions will be offered an exclusive contract with SM as well as an opportunity to debut as an NCT member in the future.

However, the reaction of NCT fans to the news of the audition was not pleasant ones. It is because new faces will be suddenly added the team in a situation in which NCT unit groups, have finally succeeded in solidifying their position by achieving new milestones after a long period of activity.

Of course, this is probably aligned with NCT’s system, which has been set up with the concept of ‘infinite expansion’ and ‘infinite openness’ from their debut. However, at this point in the 7th year of their debut (based on the debut of the first unit), and when the units have started entering the Jamsil Main Stadium one after another, it begs the question as to whether the system to recruits new members indefinitely will produce positive results. . […]

Within the framework of NCT, a large number of unit groups exist due to the nature of the system. […]

From the agency’s point of view, NCT’s system is quite efficient. The fact that you can create a ‘new version of the group’ by adding new members at any time is a pretty strong card for the agency in the K-pop market. It is also attractive in terms of reducing human and material costs for launching a new groups. It is a system that can expect high returns with low risk.

However, now that NCT U · 127 · DREAM has reached their 7th year since their debut, questions are continuing as to whether it is appropriate to continue ‘infinite expansion’ only for the sake of an efficient system. Theissue is not simply because each unit has been active for so long time since their debut, but because of the changes that have come as each team has firmly established its position in the domestic and overseas K-pop market.

In fact, NCT DREAM recently performed at the Jamsil Olympic Stadium, which is considered one of the best venues for domestic singers, and wrote a new history in their careers. NCT 127 is also planning to achieve the dream of entering the main stadium at the end of this month. Their record sales career is also strong. NCT DREAM recorded sales of 3.6 million copies with their 2nd full album and repackaged album in the first half of the year, and NCT 127 also set a record of breaking through 1.54 million copies in the first week with the 4th full album ‘2 Baddies’ released last month.

1. Instead, they should just take DREAM out of the system and make them a separate group from NCT..

2. They need to put Sungchang and and Shotaro in a fixed unti and stop this system already. They can’t even neglect the system and it’s just frustrating and it’s just repeating

3. The members and the fans have nothing to gain from this, only the company is benefiting

4. Can they just release a new boy group…

5. The fact that they’re making members who already graduated go back to their group means that this system is the worst

6. The fact that they made DREAM a fixed unit already shows that the system completely failed. The fans all want them to be fixed untis and they should’ve never went with this from the beginning

7. NCT is already considered successful at this point. I know their aim was to gather individual fans in the group, but if you look at DREAM, they have so many all-fans too. The fact that they want to add more people in the system is freaking oba. I don’t even know who this group is for

8. DREAM being a fixed unit proves that their system failed.

DREAM becoming a fixed unit was definitely not a mistake. The Korean market is made for one team only and the members’ synergy and the fandom’s power are what makes idols successful. I’m freaking hopeless seeing the company push the infinite expansion system

9. They’re K-dols so can they stop copying Japanese idols… KPOP is already doing so well so is this even necessary?