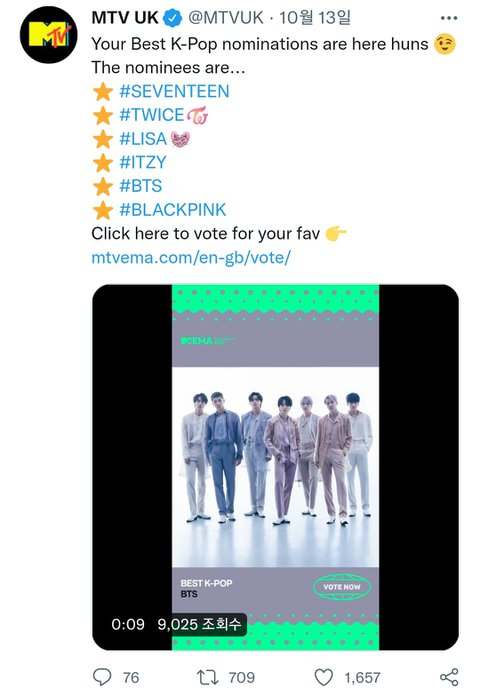 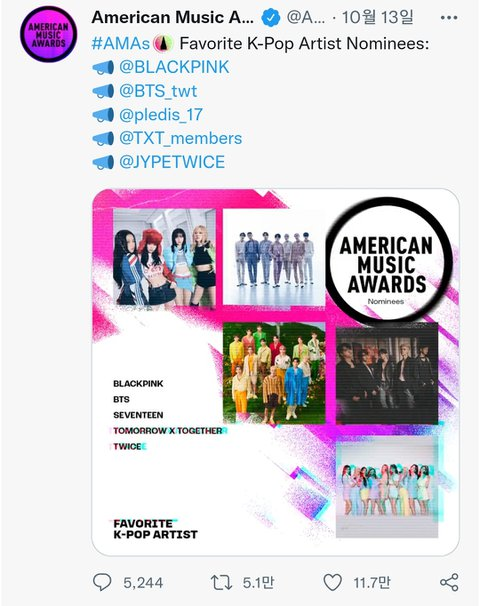 As the status of K-pop grows, new awards are being created, and other well-known groups other than BTS are now being selected as nominees at these prestigious awards ceremonies.

Hybe, JYP, YG are all there, but not a single team from SM was picked..

It’s because they look too childish and cheesy

Why are there so many posts praising Hybe while bashing SM in the trendign posts?ㅋㅋㅋㅋㅋㅋㅋ You guys will get teh boomerang back

Hybe fangirls are being delusional again

They don’t sound pop and the songs are all childishㅋㅋ SM’s songs are cringey and more than being cheesy, they just sound tacky. Even the country of Otakus like Japan have stopped listening to SM’s music lately. The days of people liking SM songs are as far back as when Korea used to enjoy Chinese songs? If you listened to other companies’ songs, you’d understand, but they have better pop soungs and they’re less different than what the West offers. SM just feels like those stereotypical Asian otaku songs

If you want to make it to the West, you must go for hip hop lately. SM doesn’t have a base in hop hop so they don’t care