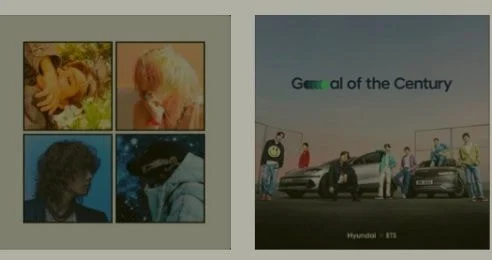 There are only 2 teams that are expected to make it in the top 100!

What’s worse is that in the “songs released in 2022”, there’s only Big Bang’s Still Life

Therefore, of all the boy groups’ songs released in 2022, aside from that song, nobody made it to the top 100

If you looked them up, a lot of boy groups released good songs but the public trusts in skipping male idols’ songs so the situation is just getting worse and worse

1. 🔥Seventeen’s Hot🔥 if they do well, they can make it to the top 100. Please enter the chart once

5. Weren’t Bangtan the only team that made it to the yearly chart last year? So this year, it increased to 2 teams…

6. Thinking about it, I just don’t listen to male idols’ songs. Seems like everyone is the same

7. I don’t really know male idols… and because I don’t know them, I don’t listen to them