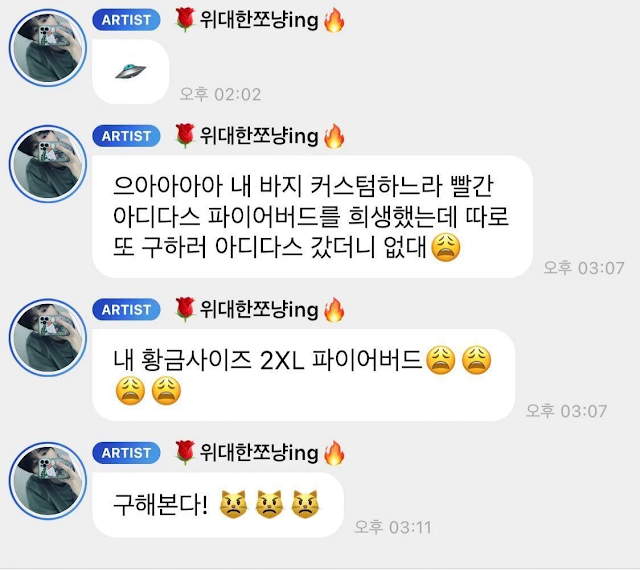 “- *UFO emoji*
– Uaaaaaaah my pants are customized. My red Adidas Firebird got sacrificed so I went to Adidas to buy another one but they said that there’s none left 😩
– My golden size 2XL Firebird 😩😩😩😩
– I’ll try to purchase them! 😾😾😾” 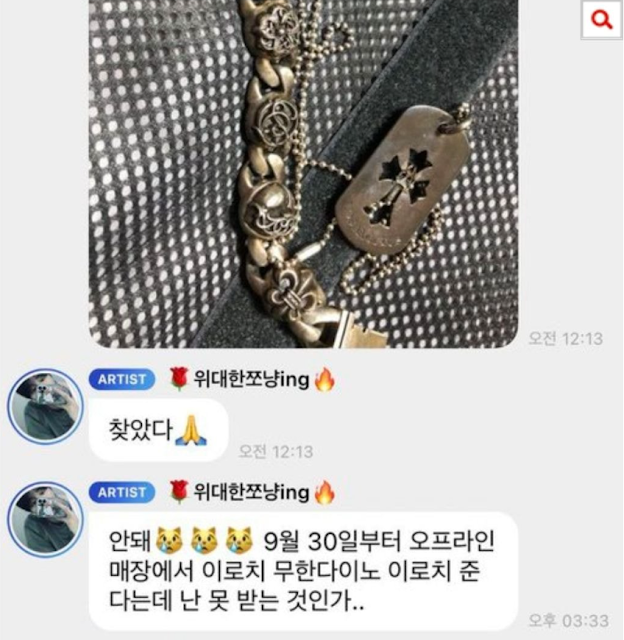 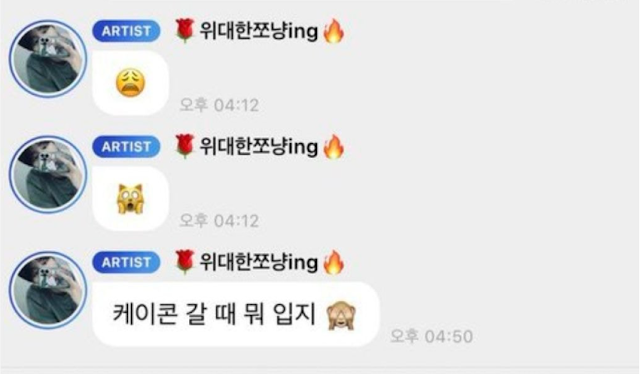 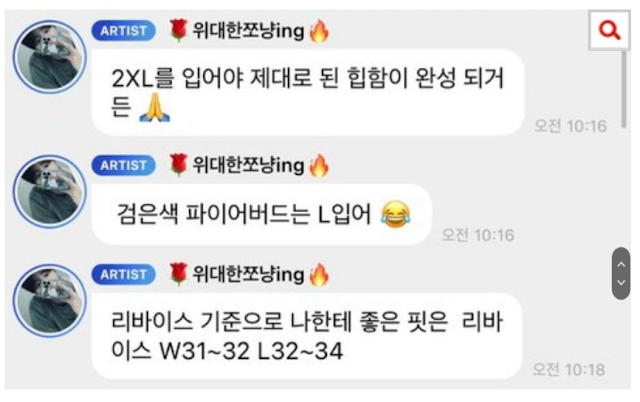 “- Even if I update my iPhoneX, I can’t get the editing feature.. 😿
– I’m the only one acting like a fool and only clicking on the selca button😂😂” 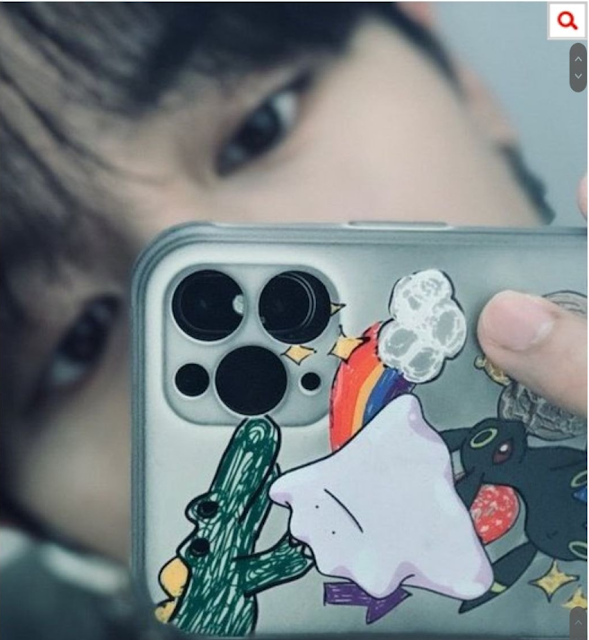 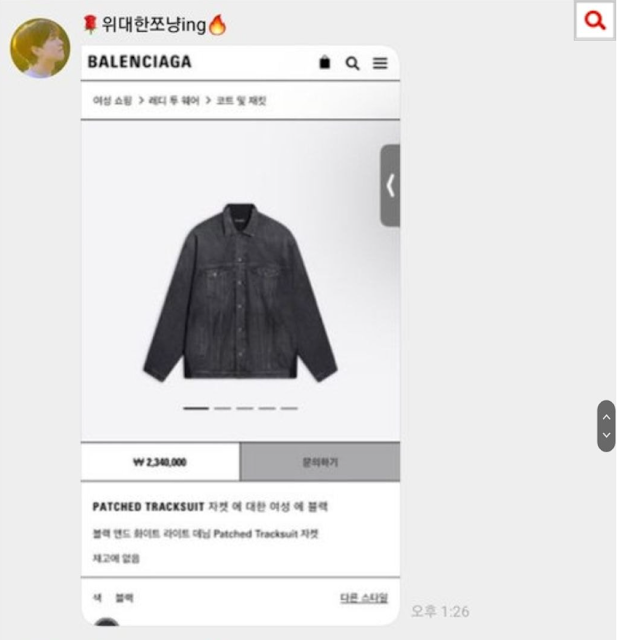 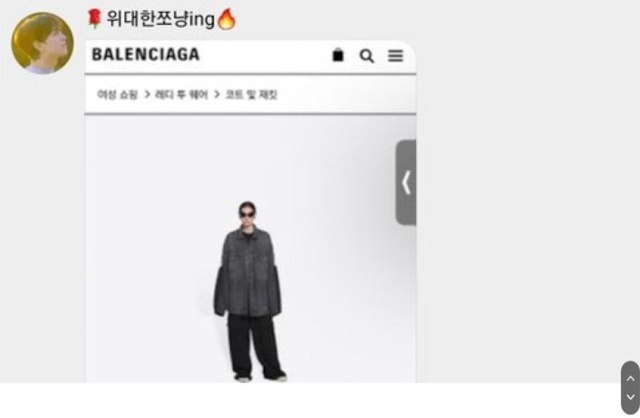 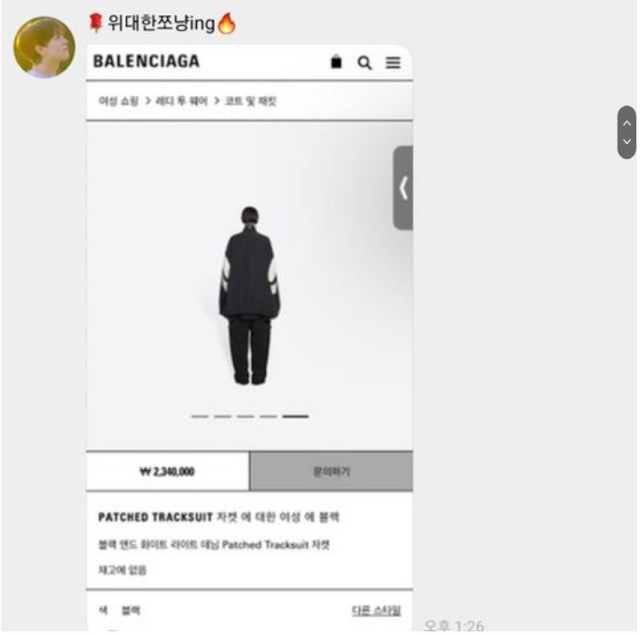 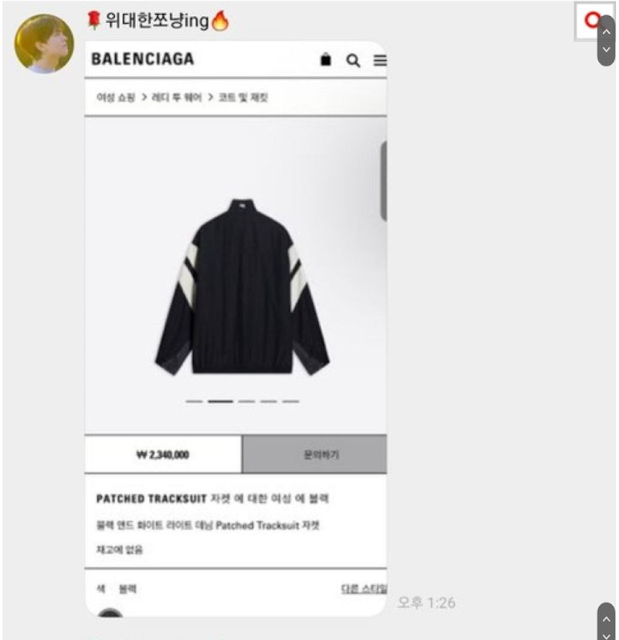 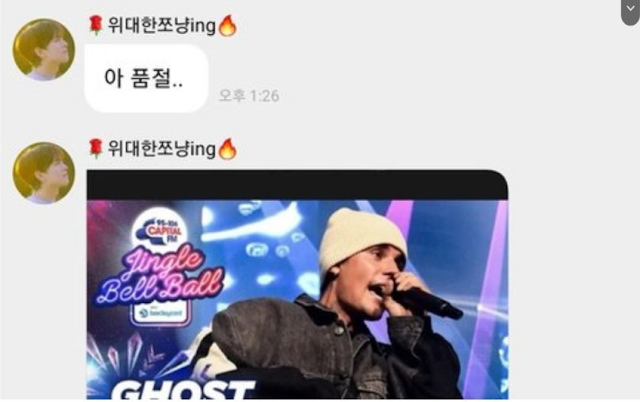 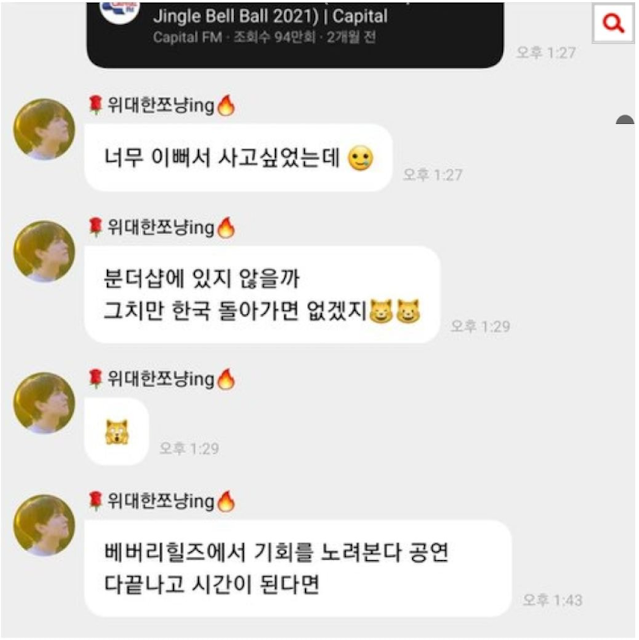 “- It was so pretty so I wanted to buy it :’)
– I wonder if they’ll have it on Boon The Shop? But it won’t be there anymore when I go back to Korea😸😸
– *Shocked cat*
– I’ll look for a change in Beverly Hills if I have time after the concert”

1. Ah why is he like that? He’s earning more than his fans…;;
2. If he knew any shame, would he act like this? His fans are impressive.
3. He’s even telling them his size in detail
4. Ah so embarrassing
5. That Balenciaga screencap, f*ckㅋㅋㅋ
6. He’s disgusting. If I was his fan, I would’ve been so mad at his SNS that I would’ve quit his fandom
7. Wowㅋㅋㅋㅋㅋㅋㅋ this is dumbfounding
8. Idols from the past were like this and got so much hate that there were no idols afterwards who openly acted like this. He’s a nobody so he must’ve been living such a good life
9. It’s impressive that it only became a controversy nowㅋㅋㅋㅋㅋㅋㅋㅋㅋ
10. No but is this an idol’s Bubble or a shopping cart in Musinsa?..
✉