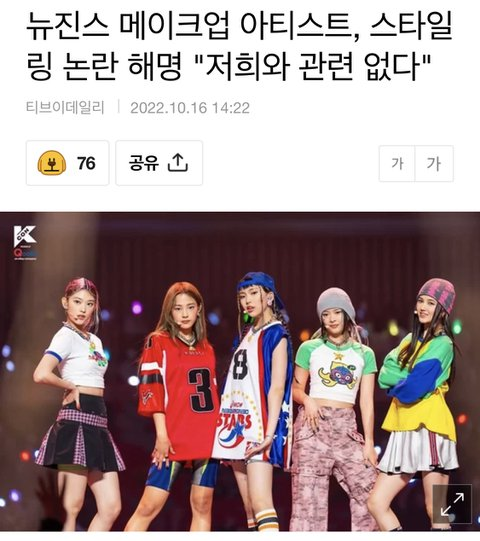 “NewJeans’ makeup artist, clarifies styling controversy “no relation with us”

Seems like they didn’t go with them to Japanㅋㅋㅋㅋ

But that’s what their makeup artist said. I think that the most severe coordi did go with them though..

But even at The Fact Awards… uhm…

It’s sad and funnyㅋㅋㅋ if they were always bad, people would just let it slide but because they usually dress them well even for their casual fashion, the reactions were even more negative

I’m not sure if their normal styling is considered good? Their Cookie video was also f*cking weird and their styling just feels too old. Weren’t their outfits for Kcon also weird???? I wish that htey wouldn’t dress them like F(x). You guys honestly find this pretty..? 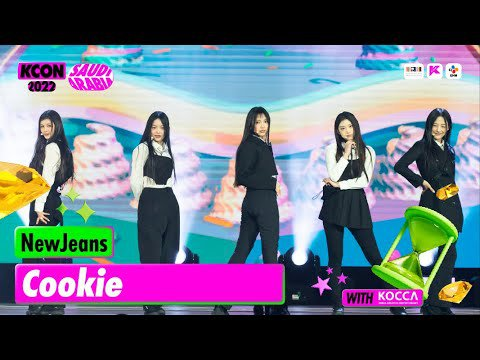 I honestly don’t know how their styling is considered modern? They are the epitome of tacky and give off those has-been idols’ vibes 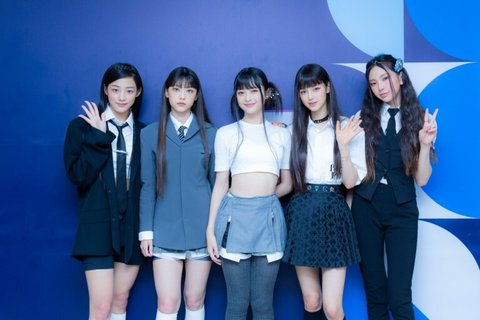 They randomly went with the choding styling ㅠ