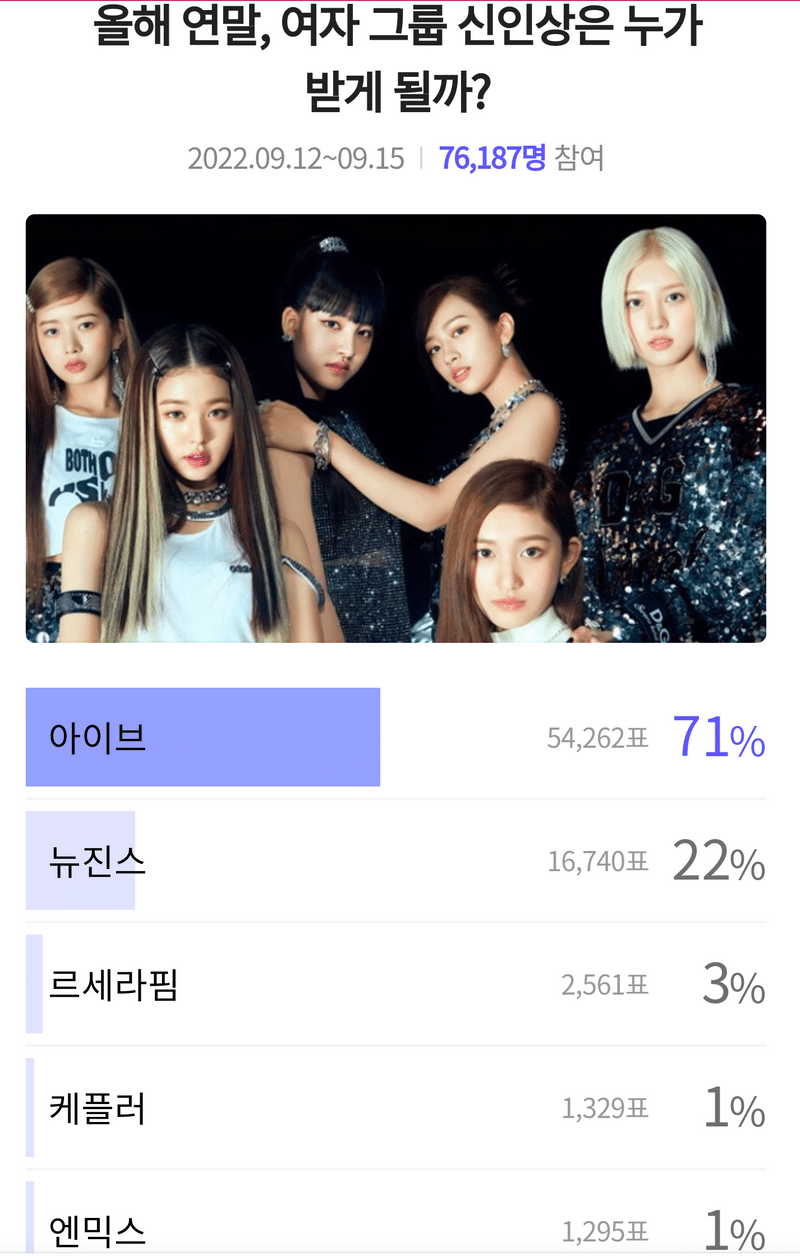 1. We’ve been asked this twice and thrice already and it’s getting boring. Stop asking

2. It’s IVE no matter what but NewJeans might get it too

3. I’m a fan of IVE and since they are already successful, I thought that it didn’t matter but people seem to have different opinins in the comments

5. IVE’s songs are my style

7. All of the rookies have had crazy results this year but IVE went above and beyondㅋㅋㅋㅋㅋㅋㅋㅋ

8. IVE will get Daesang and NewJeans will get Rookie Award

10. I think that if IVE were from a big company, nobody would be refutting this…