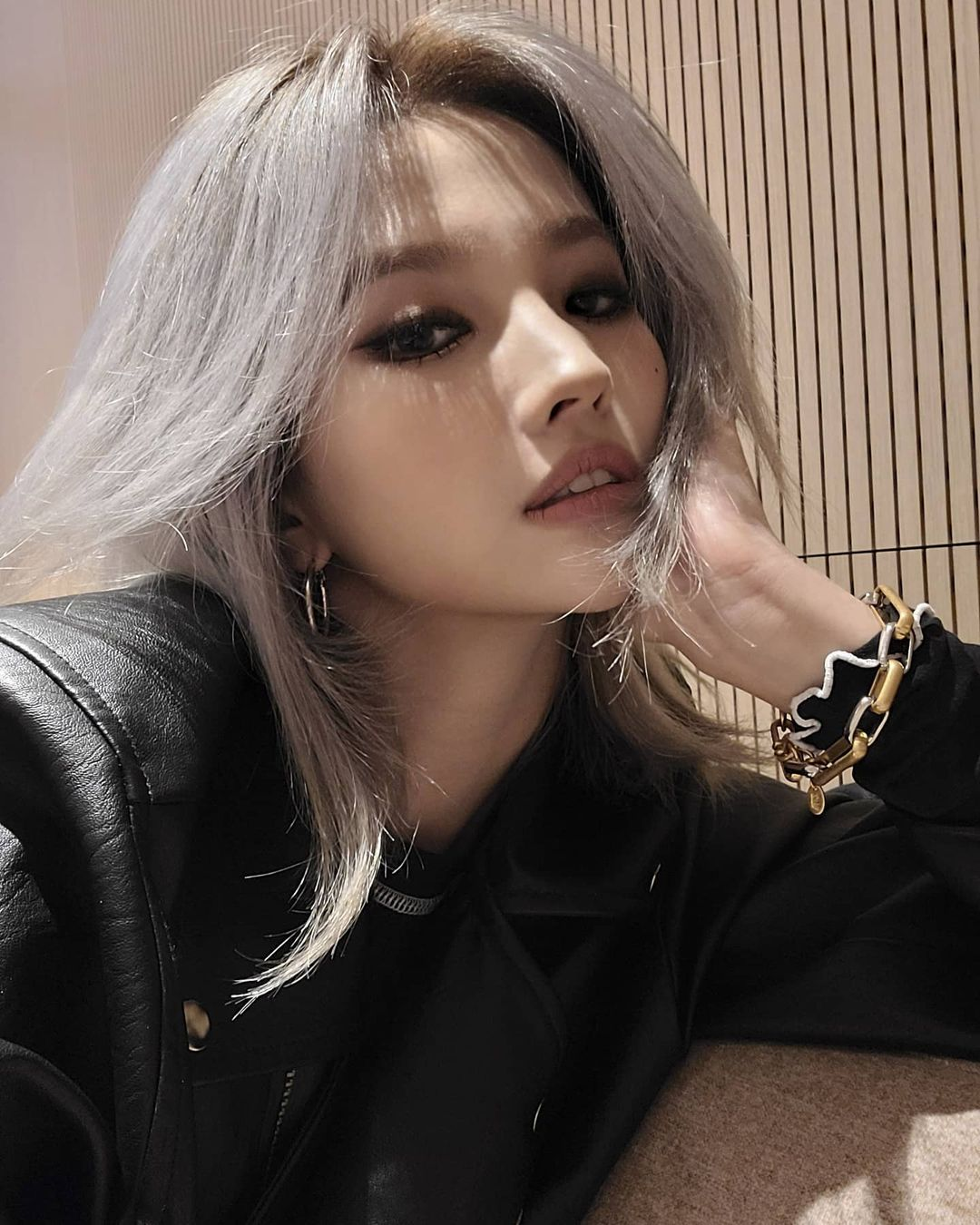 It’s not even her solo, they’re a group who is promoting all together. She takes care of the entire producing by herself, she gives herself so many parts too seriously… iKON’s B.I is also amazingly talented like Jun Soyeon and he writes, composes and produces all his own songs, but he distributes all his parts evenly. Honestly Yuqi and Miyeon have such pretty faces and are talented, and Shuhua’s face is also pretty while not being a main vocal herself (t/n: not sure what OP is trying to say, maybe that they’re pretty but aren’t given a lot of parts?). And this song doesn’t even suit rap at all, but she gave herself so many f*cking rap parts…  The other members are all saying only 2 lines each meanwhile, she’s getting 4 lines of rap. But it doesn’t end here, she even has the intro and the last chorus to herself tooㅋㅋ I used to find her likable in the past but now I’m turned off..

This is why fans also need to be smart, if you’re this dumb, you’re just going to fail your group. Do you not know how important it is to have a member produce public-friendly songs?

I’m another group’s fan but how dare you talk like that about Jun Soyeon…? Honestly all of the general public’s reactions are crazy about Jun Soyeon and 99% of the people agree that she’s a genius… And if you watched I-dle’s MV or stage, you can see that every member all leave an impression and nobody feels left out. You’re talking about some members having less parts at the end. First of all, as another group’s fan, I don’t even calculate these things so I don’t know how those part distributions are done. To me, I don’t sense that a member is particularly hidden or left out.. Of course, if you’re a fan, you might get sensitive over stuff like that, but saying stuff like Jun Soyeon doesn’t suit her parts… You seriously don’t seem to know. Jun Soyeon is the one who composes her songs and she suits them perfectly

I agree, if you’re going to produce the song and give all the parts to yourself, might as well go solo

Minnie and Yuqi also gave themselves a lot of parts in the songs that they wrote, so it just can’t be helped no? If she was always standing in the middle or if she really had all the parts, it would be something else, but when I watch I-dle’s stages, I’ve never felt like someone was alienated