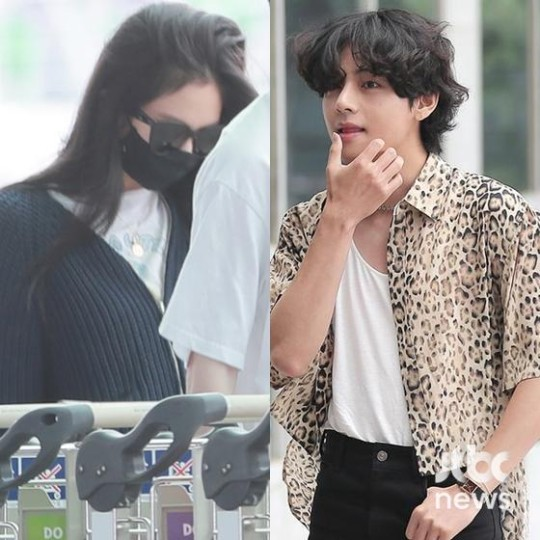 According to one exclusive media outlet report on September 16, a private listening party for BLACKPINK’s 2nd full album ‘Born Pink’ was held at a cultural complex in Seongsu-dong, Seoul, on the evening of Wednesday, September 14.

The private listening party featured an exclusive list of VIP guests including top singers, actors and actresses, and other celebrities, and strict management prevented even managers from entering the event.

According to insiders, BTS’s V was one of the celebrities who attended the listening party. The insiders also alleged that V stayed at the party for a lengthy period of time while the members of BLACKPINK attended to the numerous guests and acquaintances, seemingly “fulfilling his role as a caring boyfriend”.

Furthermore, the exclusive news report claimed that this was the first time that BTS’s V and BLACKPINK’s Jennie mingled in the same space with other celebrities and onlookers since their dating rumors.

1. What will change if they acknowledge it? They will still keep on dating

2. Hulㄷㄷ I didn’t know that he’d go that farㅋㅋ Just acknowledge it

3. Who are you guys to ask them to acknowledge itㅋㅋㅋㅋㅋㅋㅋㅋㅋㅋㅋㅋ I’m curious about your mentality

4. They seem to be living life doing everything they want so who cares? They are just sacrificing themselves for their group activitiesㅋㅋㅋ

5. Is there even anyone who would like dating rumors as a fan?

7. If they make this official, everyone will start asking them when they met, when they started dating and things like that no? Why are people making such a fuss about them acknowledging it or not

8. They’ve never acknowledged the relationship so can you really put the word ‘support’ like that? (T/N: article uses the word 외조 which means ‘husband’s support’)

9. But it’s the 3rd time for Jennie alone

10. The PRs of their companies must be working hard. The fact that journalists haven’t discovered them until now means that their security was impenetrable

11. Are they giving up on being idols?

12. Bangtan seems to have ended their flow.

14. I’m even more shocked at this than the leaked pictures

15. At this point, just acknowledge it