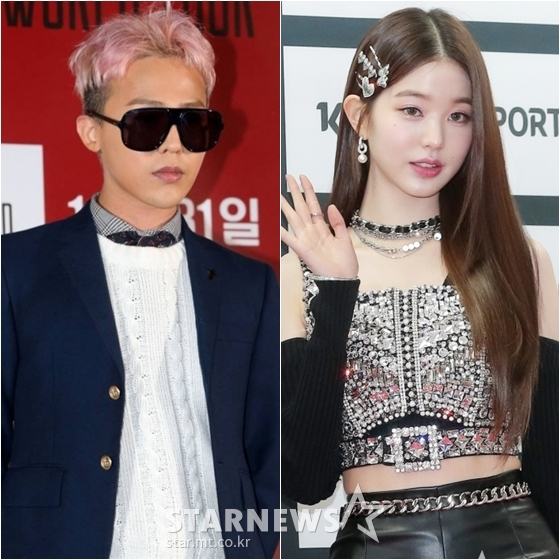 Big Bang’s G-Dragon (34, Kwon Ji-yong) and Jang Wonyoung (18) are in a controversy as rumors about their dating have surfaced.

Recently, articles have been posted on online communities that raise suspicions that G-Dragon and Jang Wonyoung are dating. Recently, the two revealed their suspicions that they appeared at Paris Fashion Week wearing similar styled outfits.

Jang Wonyoung recently appeared in the Miu Miu 2023 S/S collection as ambassador wearing a jacket with 4 pockets at the top and bottom. It drew attention because it was similar to the cardigan that G-Dragon showed off at Paris Fashion Week, which was caught a while ago. There was a reaction that it was somewhat strange that thea abassador appeared wearing out-of-season clothes, saying that this outfit was 6 seasons old.

According to officials, this was not clothes from six seasons ago.

An official told Star News, “The products Jang Wonyoung wears are products from the Miu Miu Holiday 23 collection that have not been released yet, and will be unveiled through a campaign in November.”

A recent post by G-Dragon on social media also fueled the dating rumors with Jang Wonyoung. On the 6th, G-Dragon posted on his Instagram, “Thank you for the lovely gift,” and posted a photo of the gift he received from Miu Miu.

Under the phrase ‘lovely’, Jang Wonyoung’s sticker was aded suggesting that they might be dating.

As a result of checking Star News, it turned out that Jang Wonyoung’s sticker is a sticker that appears when you search for ‘Miu Miu’ on Instagram Stories.

1. Wonyougie is a minor, can they stop?

2. Just looking at the title, it makes me want to barf. What are they doing towards a minir?

4. … Do they think they’re making sense? When are we going to jail that person?

6. Wonyoungie is still so young, she’ll probably get hurt from weird rumors like that, I feel bad… And stop pulling GD in everything too

7. They probably want GD to have something with everyone ever since he had his rumors with Jennie

9. I knew nobody believed this anywaysㅋㅋㅋㅋㅋㅋㅋㅋ This is such a mid troll

10. They seriously must’ve been so stressed