“Personally, I don’t like it. Everytime Jisoo’s parts appear, I just start wishing to get over it soon”

“Am I the only one who finds Jisoo’s voice unpleassant?”

“Ever since Playing With Fire, I’ve felt it. And Ddu-Du-Ddu-Du was even more unpleasant. And I f*cking felt it in Dua Lipa’s collab. And this time, the new song too.. Jisoo’s voice kinda doesn’t suit the group”

– Hul. I thought I was the only one who thought like that… Honestly her nasally voice is way too cringe

– Her enunciation is weird and her voice color is average. And the fact that she uses it to sing… It’s seriously nono

– Me too I skip it… I hate hearing her. Does she have to be this whiny? I just cringe when I listen to her – Her voice is filled with Kwanghee…

– The last part for realㅋㅋㅋ

– So Kwanghee with 3 keys higher is Jisoo? 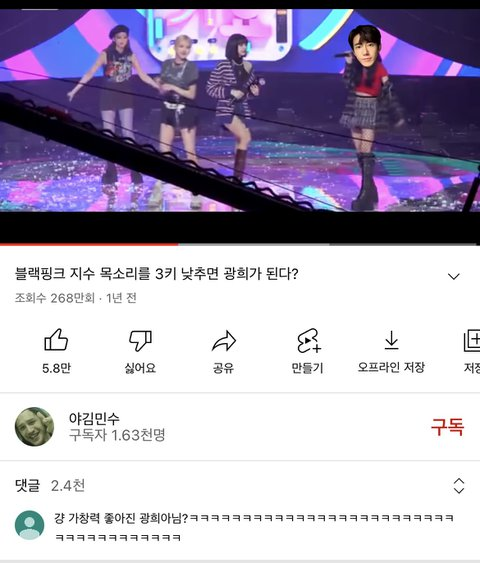 Whenever I listened to BP’s songs, I get turned off by Jisoo’s voice

It just cuts the immersion… Her voice color is seriously unique, but not in a good way..

I can’t listen to Kills This Love and Forever Young because of Jisoo’s voice. Her nasally voice is f*cking solid

Her voice aside, the talent gap between her and the other 3 is just too severe…..

I agree, I f*cking hate her voice

I’m not a Rose or Jennie akgae but if there’s so many talks about her voice, maybe her voice is really the proble here. There are so many people who don’t like her voice. She’s a celebrity and she’s a singer, of course, she’d get criticized for her singing. What akgae?