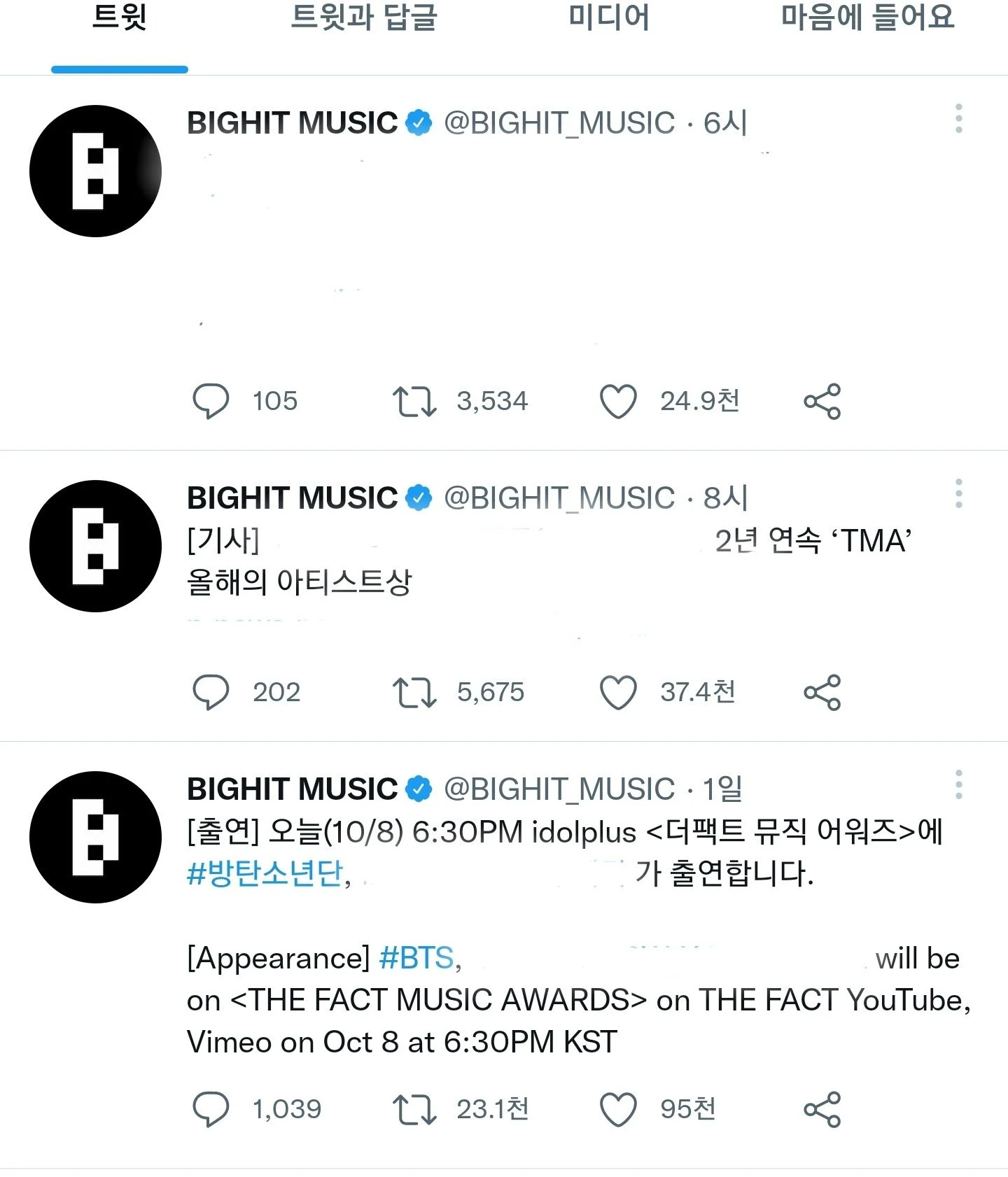 It’s not like it’s the first or second time they’re doing this and it’s not like they forgot about the schedule completely. They’re only not releasing anything about BTS

Last night, they even posted about P-dogg and Bag Sihyuk’s awards but not BTS

“Bighit “Team dedicated to BTS, 100 staff, to be stronger and more supportive””

Ever since their contract renewal, I’ve been the most curious about teh whereabouts of those 100 staff

1. I’m waiting for them to quit their company

3. I bet those 100 people went to other labels no? They didn’t do a single thing to prevent this, I bet they all got cut

4. I’m f*cking pissed off seeing how those people wouldn’t even be able to do anything if not for Bangtan. Please quit Hybe

5. What’s up with the agency’s inferiority complex towards their own artists;;;

6. Can’t they just all leave Hybe and set up their own company?

8. They really seem to have inferiority complex towards BTS

9. Didn’t they omit the post about a member releasing an OST once?ㅋㅋㅋㅋ They even omitted it from their Youtube playlist and the fans had to complain about fixing it and in the end, it seemed like they were still debating whether to do it or not. They’re seriously a mess. They’ve been with the members ever since the beginning, but the fact that they’re just gaslighting them seriously completely turned me off

10. I bet Hybe f*cking hates BTS now that they probably want to set up their own agency right?