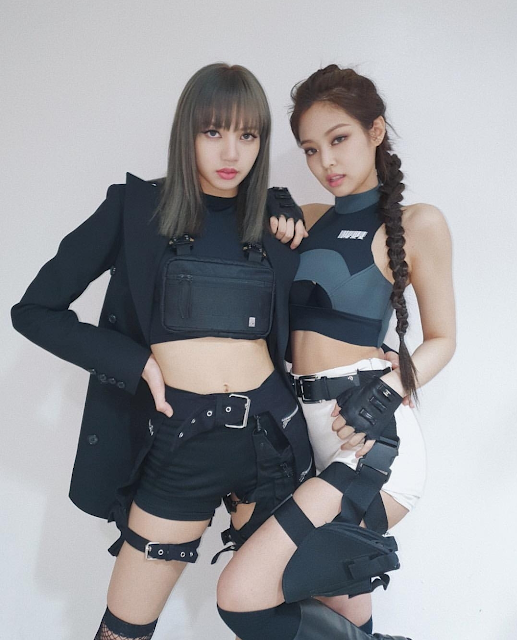 In the YouTube shorts, they claim that Jennie-Lisa are the top female idol rappers but isn’t Jeon Soyeon who writes her own rap way better? I feel like they always rap in English so people are praising them for thheir English but I think that Jeon Soyeon raps better in Korean than them. Isn’t she better than them who don’t write any of their rap parts?

No but when it comes to YG having good rappers, I can acknowledge GD, Bobby, Mino and CL who write their own raps but every time that BP gets mentioned, I’m just confused

This time during Pink Venom, they f*cked it up with this Boom Bap duo, people still think like this which is even more surprisingㅋㅋ

To be honest, isn’t it a fact that they are good? I listen to all of BP’s songs without skipping the rap. Jennie and Lisa are f*cking good in an unique way and their English pronunciation is good too so their rap sounds even better, and nothing feels cringey. Because they are idols, they just need to be good compared to other idols. Why are people bringing up these foreign rappers to compare and put BP down….? If you like foreign rappers so much, they just go fangirl on them. Why are they bringing them in just to bring down singers from our country? You guys have gone crazy with your inferiority compleㅋㅋㅋ

It’s true that if I didn’t know that idols were writing their own raps, I wouldn’t think that they are good… Even if they can’t freestyle, they should at least be able to make their own raps if they are given a beat. But since there are already a ton of female idols who don’t do such thing, I don’t know where we should set our standard;;;;; But then again, it’s not like there wasn’t any female idol who writes their own rap either so?? Just from the people I know, there is LE, Jun Soyeon, CL, Mimi, Yeji (Fiestar), Miryo, etc.. there’s a lot. So it’s also ambiguous to have a different set of standards for female idols alone… I do think that these two are the best among the female idols who don’t write their own rap? Anyways, they do well with what they are given

If you’re gonna nitpick them like this, then most of idols don’t even write nor compose their own songs and only sing songs that are given to them so why are you only doing this to BP?ㅋㅋㅋㅋㅋㅋㅋㅋㅋㅋㅋㅋㅋㅋ it’s because they are BP that you guys are so nitpickyㅠ Seriously, being the top is a sin on Pann

I think that their hardware is goodㅇㅇ Their English speaking is natural so when they rap in English, they sound way more natural than your average Korean person. But usually, when people look at rap, they look at things like lyrics, flow and skills alltogether so since there is no set reference, it’s impossible to judge them. Anyways, producers are the ones giving the rap guide to BP so already, you can’t compare them to Jun Soyeon. Since they’ve never tried writing raps by themselves… contrary to singing, the start of rap is to be able to write your own lyrics