Skip to content
Home Netizen [Netizen] AH BOA WAS SO TOXIC FOR THE OTHER JUDGES SMF……..
In the leaders’ battle, anyone could tell that TRIX won

But she was bullsh*tting about a rematch….

Seriously, I get so pissed off every time I see BoA’s expressions on screen

Seeing TRIX cry at the end broke my heart…ㅠㅠㅠㅠㅠㅠㅠ 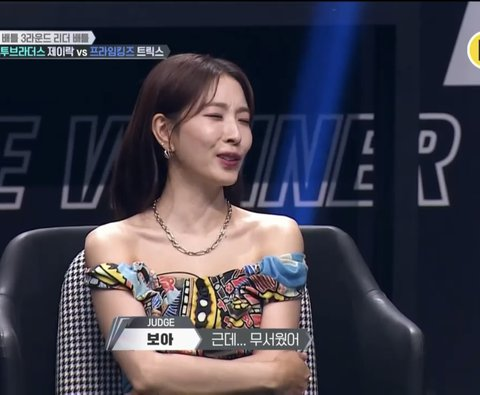 They were doing a battle and seeing her going “so scary~” is freaking ridiculousㅋㅋㅋㅋㅋㅋㅋㅋㅋㅋㅋㅋㅋㅋㅋㅋㅋㅋㅋ It was just dumbfounding. Just who goes on a dance battle program in an off the shoulder top and full makeup while going “I’m so scared~”??ㅋㅋㅋㅋㅋㅋㅋㅋㅋ Seriously, SM should stop sending BoA there. There’s nothing she can do to make me dislike her more anyways

At this rate, the participants also know that the judges are just assh*les so they are just keeping it hush hush… TRIX seriously looked so discontent by the injusticeㅠㅜ

I was really wondering what she was talking about when she said that she was scaredㅋㅋㅋ They are doing a dance battle and she’s scared…? If she’s scared, then she should just stay home, please

TRIX seriously killed it. When they did the rebattle, the real time comments were going crazy…

No but BoA’s expressions.. seriously give me PTSD

This kind of person is their judge