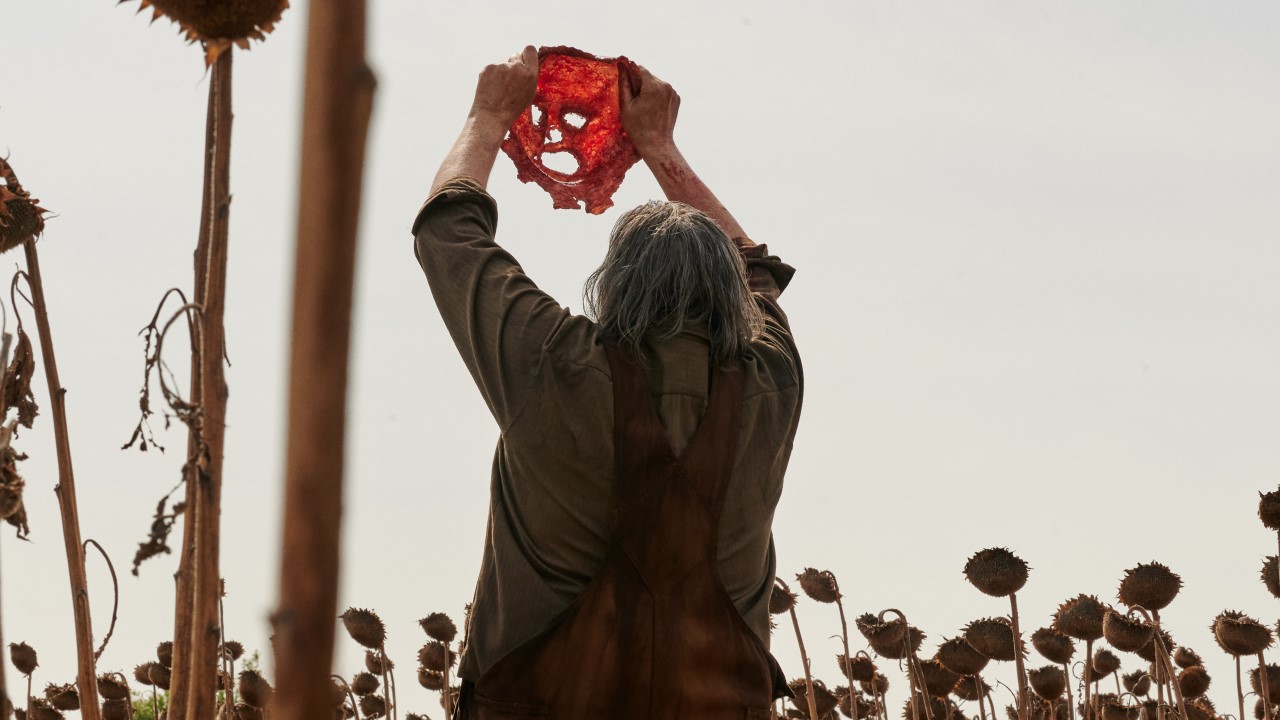 As one of the longest-running horror franchises that still adheres to certain shades of continuity, the Texas Chainsaw Massacre universe has arguably seen more lows than highs in the past 48 years, with filmmakers regularly unable to properly capture the backwoods madness of Tobe Hooper’s original film (nor its hoot-worthy genre-mashing first sequel). And while the latest effort from burgeoning filmmaker David Blue Garcia (Tejano) also isn’t a perfect new entry in the series, Netflix’s Texas Chainsaw Massacre does what few post-Hooper films have tried to do: have fun amidst the bloody brutality.

With a story co-crafted by Evil Dead remake and Don’t Breathe director Fede Álvarez, Texas Chainsaw Massacre accomplishes many of the benchmarks that one would expect a 2022 horror to pull off, in that it features some truly insane death scenes largely through practical effects work, with a main cast of attractive young people with hyper-apparent social issues in mind. Thankfully, though, the biggest statement being made in this movie is “Watch out or you’ll get your guts thrashed by a chainsaw!”

Texas Chainsaw Massacre Is Mostly A Sequel To The 1974 Film, Not So Much The Rest

One of the more oddball details surrounding David Blue Garcia’s Texas Chainsaw Massacre is that, like the current Halloween trilogy from David Gordon Green, Leatherface’s current adventure isn’t beholden to all the events that went down in any of the interconnected sequels that came out over the years. Not everything is ignored, and the film doesn’t make it a mission to upend a lot of the lore; it just doesn’t really go into a whole lot beyond what’s happening on the screen at any given moment.

As is revealed via pristine narration from returning actor John Larroquette, it’s been 50 years since Sally Hardesty and her friends had their vacation from hell, and Harlow, Texas unsurprisingly has not blown up into a suburb-surrounded cityscape in the meantime. But turning the underdeveloped town into a hipster mecca is the goal of Dante and his girlfriend Ruth, respectively played by The Chi’s Jacob Latimore and Outlander’s Nell Hudson. They aim to spin a profit by purchasing buildings downtown and turning them into time-frozen apartments for those who find appeal in rundown authenticism. At least until they discover that one such resident is not eager to allow such development.

And while this review won’t delve too deeply into the publicized return of Sally Hardesty (now played by actress Olwen Fouéré), the character’s return is obviously a celebratory element of the new film. It’d be easy to make comparisons to Jaime Lee Curtis’ return as Laurie Strode for the latest Halloween films, but let’s just say the situations aren’t quite as comparable as fans might think.

Texas Chainsaw Massacre Embraces Social Issues Without Getting Too Preachy

With gentrification clearly leading the way as one of the plot’s driving factors, Texas Chainsaw Massacre does indeed adhere to the time-honored tactic of imbuing horror movies with social relevance. I mean, what else could one expect from a bunch of trendy West Coast  twentysomethings visiting a small town in Texas known for brutal murders?

While gun issues definitely come up, one of the more interesting backstory details for the movie is that one of the main characters, Elsie Fisher’s Lila, is the survivor of a mass murder tragedy. It’s handled with slightly heavy hands in certain moments, but is still an interesting take, in that her sister Melody (Sarah Yarkin) convinced Lila to go along on the trip specifically because she was worried about her. I’d argue that was the worst plan that could have been crafted, but I don’t think anyone would argue against me.

Despite Some Missteps, Texas Chainsaw Massacre Thrives When The Cast Gets Scared And Bloody

I realize that very few people likely hit up Texas Chainsaw Massacre movies to be consumed by multi-level narratives and super-dense plotting, and this 2022 version is not trying to turn that trend on its head. By and large, the whole renovating and developing storyline is used to bring a bunch of other trust-funded Californians to Harlow in order to give Leatherface a higher body count. Anyone who has seen the trailer knows that there’s a major sequence involving the skin-wearing killer going buck wild in a highly populated bus, and that entire scene is truly magnificent – to the point where the rest of the movie could have been ten times worse, and it would still be worth it for delivering a massacre worthy of the franchise title.

And while the cast hasn’t really held a lot of focus in this review so far, I definitely give props to all involved, with Sarah Yarkin arguably getting the lion’s share of the most hectic scenes. In fact, while I won’t delve into details, Yarkin’s Melody experienced a few moments beneath a building that caused me to holler out with laughter specifically as a way to avoid gagging over what happens. If that’s not a blue-ribbon recommendation…

Even though David Blue Garcia doesn’t have a ton of films under his belt, his debut Tejano was taut and stressful, and he brings some of that same energy to Texas Chainsaw Massacre. It’s a thin line to straddle, too, considering anyone watching is already expecting for there to be a groaning monster around every corner. (And kudos to actor Mark Burnham for a Leatherface performance that stood tall next to those of the late Gunnar Hansen.) Whether Garcia sticks with this franchise or not, I will definitely be following the long trail of blood as his career advances.