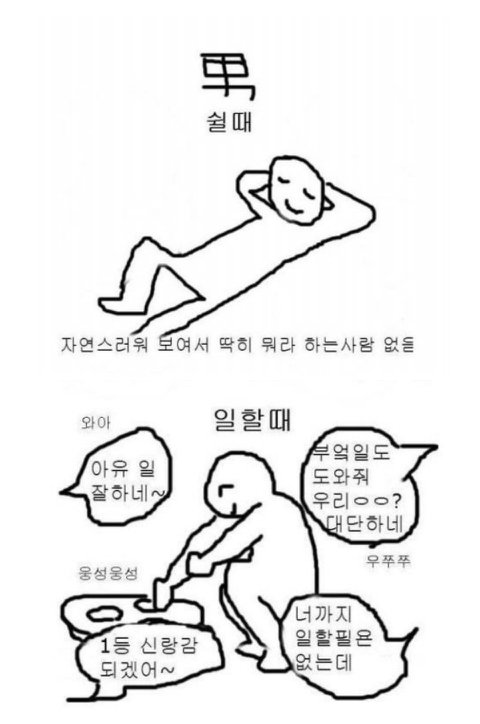 (When relaxing): Because he looks natural, nobody is butting in

– I didn’t need you to work that hard 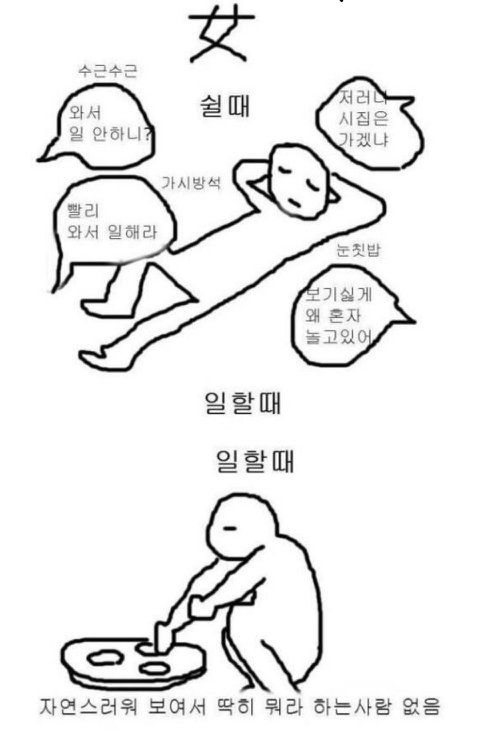 (When relaxing): – You came here but aren’t doing any chores? (*murmurs murmurs*)

– Are you gonna do this at your husband’s house? (*being on a bed of thorns*)

– Quickly, come and do some chores

– I don’t want to see you playing alone (*side-eyeing*)

(When she’s doing chores): Because she looks natural, nobody is butting in

If you related, vote up

The funniest thing to me is that when my grandpa describes someone who doesn’t cheat, he’s an upright person. My grandma has never talked about someone not cheating because it would be ridiculous

There are still so many households who would have the men eat the food first..

When a man gets married, he still gets to work at the job he had. He’s considered a good husband even if he just does a little bit of house chores and only plays with his kid on the weekend.. While for women, if they lived like this, they would be considered a selfish mom and would be called a “job-obsessed mom”ㅎ

I agree here. If my male cousin was younger than me, he’s considered too young to do any work. But if he was older than me, he would be considered my “oppa” so I shouldn’t make him work.