On the 12th, Korean actor Ma Dong-Seok posted a picture of a movie magazine cover on his SNS with the comment, “Eternals, Marvel. 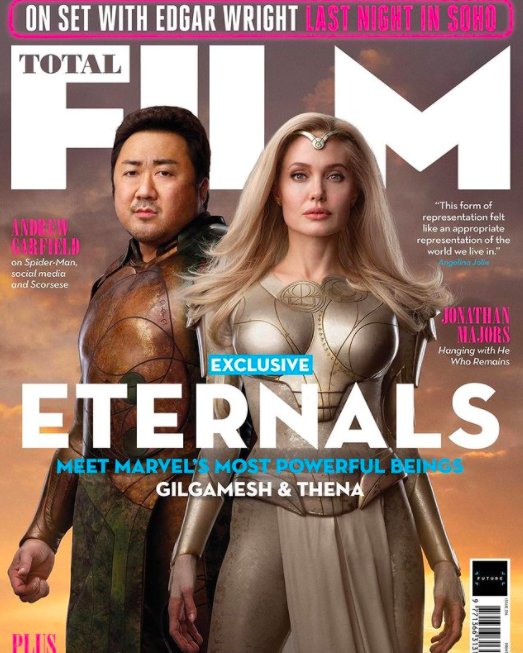 In the photo, Ma Dong-Seok is dressed as Gilgamesh (Ma Dong-Seok), a superhero from the upcoming movie “Eternals”. In the movie, Ma Dong-Seok and Tenor (Angelina Jolie) are looking at the camera together with serious expressions.

The movie “Eternals” is a story of immortal heroes who join forces once again to fight against the oldest enemy of mankind, the Diviants. Ma Dong-Seok and Angelina Jolie played the roles of “Gilgamesh” and “Tenor” respectively. The film also stars Richard Madden, Kumail Nanjiani, Lauren Ridloff, and Jenna Chang.

Ma Dong-Seok is the second Korean actor, after actress Soo-Hyun, to work in a Marvel Studios film, and has been highly anticipated by fans in Korea since the casting process. “Eternals” is scheduled to be released in theaters in November.