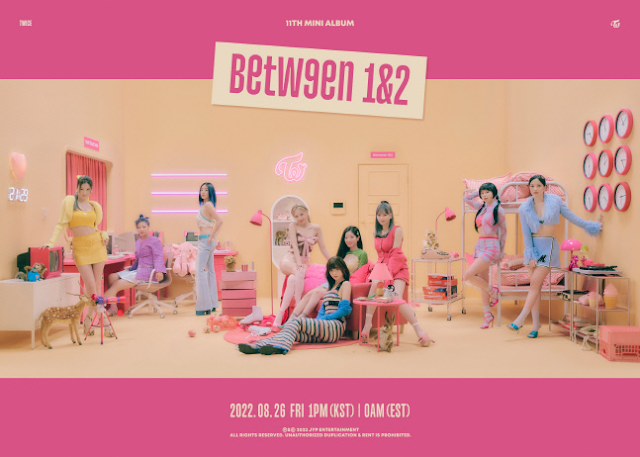 As the group gears up for their highly-anticipated comeback on August 26, JYP Entertainment has officially announced that as of August 24, TWICE’s upcoming mini album “BETWEEN 1&2” had surpassed 1 million stock pre-orders.

The figure marks TWICE’s highest number of stock pre-orders for an album to date, with an increase of over 300,000 from their previous personal record of approximately 700,000 (set by their third studio album “Formula of Love: O+T=<3” last year).

The number of stock pre-orders is the amount of album stock that is produced prior to an album’s release. The figure is the estimated demand calculated using various factors, including how many albums were pre-ordered by fans.

TWICE is only the third girl group in history to surpass 1 million stock pre-orders, following BLACKPINK and aespa. At present, “BETWEEN 1&2,” BLACKPINK’s “THE ALBUM,” aespa’s “Girls,” and BLACKPINK’s “BORN PINK” are the only four girl group albums ever to achieve the feat.

1. Why are female idols selling so well nowadays?ㅜ Daebak

2. wow daebak, everyone is awesome this time

4. Looking forward to their comeback

5. So pre-orders also contribute to being million sellers?

> If they count all the albums they sold in the end, then they are million sellers