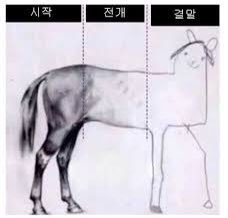 4. I’m not watching the show, so why? Is the plot getting worse and worse every episode?
> Yes

5. I don’t think it’s bad to that extent, but it’s indeed a bit disappointing

6. For real it’s such a freaking waste

8. What the? I didn’t even realize that time flew today, even though last week was a bit of a lose

10. I feel like today had several instances when I went “huh?” … But I hope that tomorrow will be better…

“No but what is happening in Woo Youngwoo’s ep. 15?

(dialogue) “Can’t you just act like a fool for one moment? For the sake of your colleage, for what you believe is right, can’t you be brave like an idiot and put aside the politics just this time?” –> Kyaaahhh Choi Sooyeon who is like the Sun shining bright ㅠㅠㅠㅠ Sooyeon-ah”

(Minwoo: Why would I do that?)

1. They didn’t even spend 1 second together in the episode from last week. I don’t even have a reason to keep watching it at this point

2. Seriously this made me burst out laughing. This convinced me to stop watching

3. I thought it was fine. I know they want to purify Kwon Minwoo’s character, but this makes me curious as to why they made him into such a detestable character at first? She even went to threaten Tae Misoo at first. This feels so contradictory

4. This made me realize how much the writer lacks writing skills

5. His whole character went out the window

6. The moment they introduce those love lines, the plot just goes out the window

8. They could’ve made her like Kwon Minwoo from the start if they were going to do that… Or they shouldn’t have made Minwoo into such a dislikable character…

9. Honestly, all of Kwon Minwoo’s dialogues were nicely done, he felt like the most realistic character of them all, but they had to make him receive a confession out of the blue like that….

10. It suddenly became such a bad drama