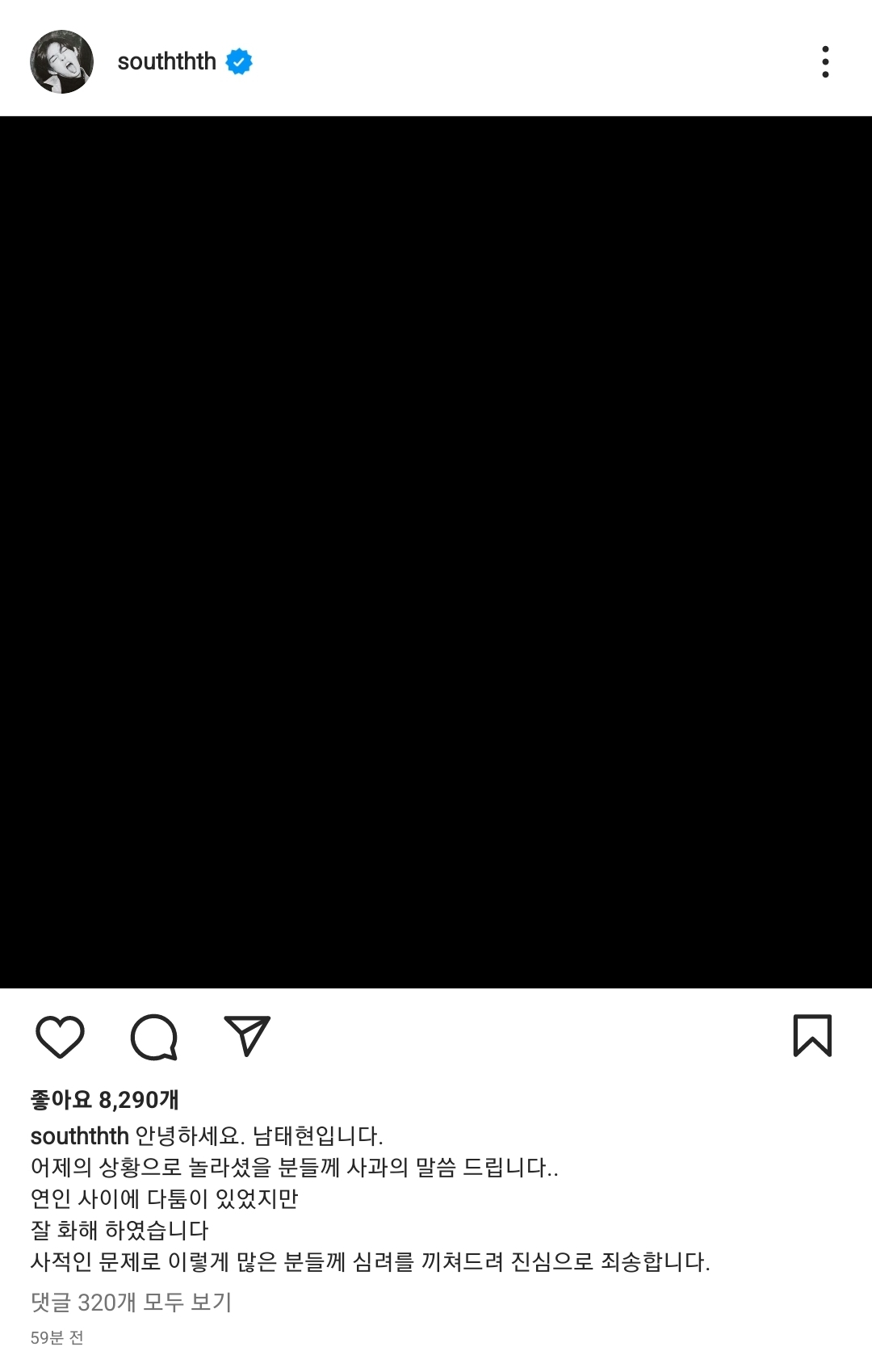 “Hello, this is Nam Taehyun.

I am so sorry to have caused anxiety to so many people because of my private matters.”

1. This couple is just insane and not in a good way. Nam Taehyun is a mess every time he’s dating

2. ㅋㅋㅋㅋㅋㅋ  who believed this ?

3. Just get investigated, both of you

6. So they’re confirming that they’re dating…..?

7. Didn’t Nam Taehyun date that older curly hair woman????? I saw their public relationship article at one point, did I dream?
> If you’re talking about Jang Jae-in, she said that they were just acquaintance, but then Nam Taehyun revealed that they were actually in a relationship so it became public, meanwhile, he backstabbed her by cheating on her and they broke up…!

8. Seriously… Only profanity come out

They revealed their public relationship through drugs

9. If they investigate him, we’ll know. If this is true, then Nam Taehyun is a victim