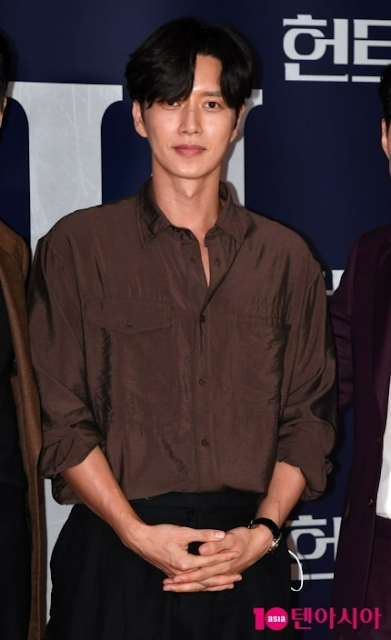 Actor Park Haejin’s personal Instagram has been set to private.

As of the 11th, Park Haejin’s Instagram account has been privated. As he has been actively revealing his daily life through SNS until recently, the sudden act of privating his account is arousing curiosity.

Park Haejin, who made his debut in the 2006 drama ‘Famous Seven Princesses’, recently signed an exclusive contract with Artist Company, a company of Jung Woosung and Lee Jungjae. Park Haejin was born in 1983 and is 40 years old this year.

2. Isn’t it because there were stuff related to his old company on his IG so he had to private it….?

3. Why is this newsworthy? Don’t tell me this has to do with that article? He debuted on the same year too, but it feels like a troll trying to drag?? This guy is still 39 y’o

6. This is the level of our journalists who don’t even confirm anything and are just writing posts to trollㅋㅋ

7. Now, the journalists will grab the timing and release so many articles about actors ㅋㅋㅋ This is the same thing as cyber wreckers

8. Seriously the way that they wrote this article is so clickbait… Nobody wants to see articles like that 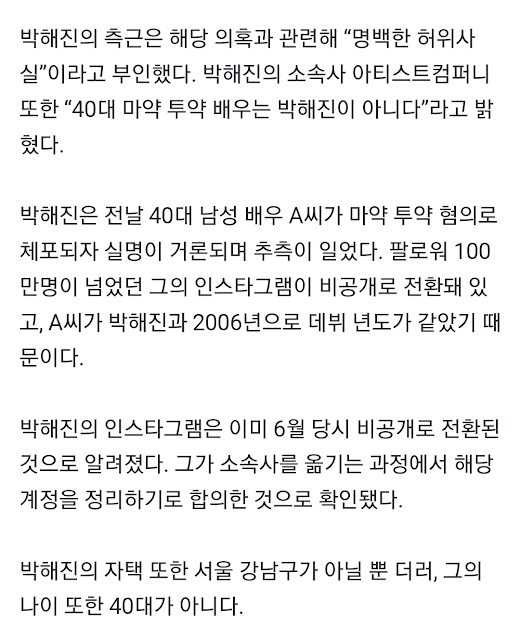 “Park Haejin’s side denied the allegations as “clearly false.” Park Hae-jin’s agency, Artist Company, also said, “Park Hae-jin is the actor in his 40s who did drugs.”

Park Haejin’s real name was mentioned and speculation arose when a male actor in his 40s was arrested on drug charges yesterday. This is because his Instagram, which had over 1 million followers, has been switched to private, and A and Park Hae-jin’s debut year was the same, in 2006.

It is known that Park Haejin’s Instagram has already been changed to private in June. It was confirmed that he agreed to close the account in the process of moving his agency.

Park Haejin’s home is not in Gangnam-gu, Seoul, nor is he in his 40s.”