Skip to content
Home Netizen [instiz] GIRL CRUSH SONGS THAT ARE LIKE ‘I’M THE BEST’ ARE ALL OUTDATED NOW
(T/N: the title isn’t talking about 2NE1’s song but literally lyrics that say “I’m the best”) 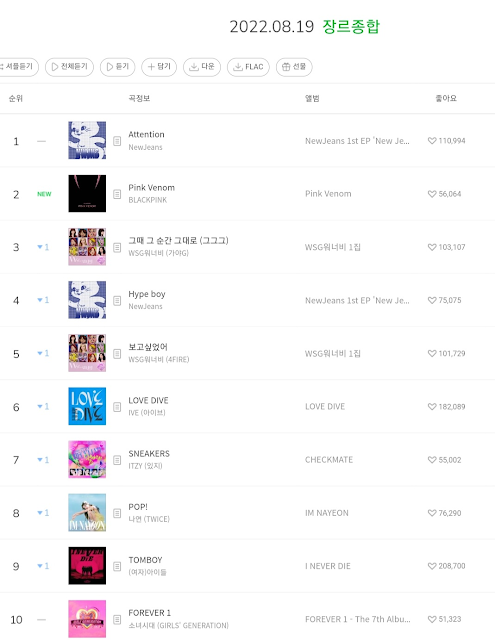 I thought that I was the only one thinking like that but looking at the charts, I realized that it was true

1. But ITZY’s songs are all about “I’m the best” and isn’t the “narcissistic” also about being the best…?

> Huh? No no I’m not talking about the song but the melody

2. But seeing the charts, I’m not that sure

> You don’t know anything

> OP is talking about songs with a ssen beat. If it’s about the “I’m the best” kind of lyrics, they are rather even more popular now

5. The female idols’ songs that did the best digitally this year are Love Dive and Tomboy and both are girl crush~

6. Then what about Tomboy? Tomboy is girl crush

7. I think that there are too many girl crush songs that are popular to say something like this

> It’s not just about saying “I’m jjang!” in the lyrics, it’s about the overall song

9. Just seeing BP, you can see that the girl crush era is gone

10. The killing point is that BP is actually ranking #2 on Melon right now