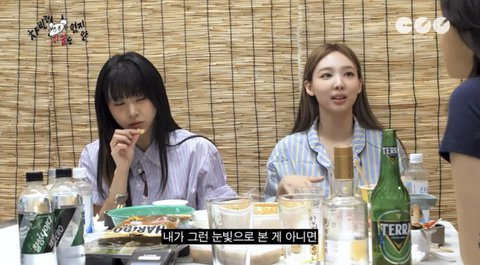 “I’m not looking at people with that kind of stare”

“There are so many things, but they would select that little part of it”

“And say stuff like ‘what was she thinking there?”

“When I look at other friends who are hurt by these, I feel hurt too”

“If you look at the comments over there, they’re all weird”

“Because everyone agrees in the comments”

“Once you fall into it, it’s hard to get out”

“It’s better to just not look at it”

If you look at the most trending posts in real time on DC Gallery, there are lots of forced hate post right now. The kids over there are all insane

Nayeon and Dahyun got so much sworn at for being b*tches sigh, they must’ve had it hard

Pann girls are so dumb that they probably don’t even realize she’s talking about you guysㅋㅋㅋ If even this is too difficult for you, who will be there to explain in detail ?

Looking at this, she’s straight up talking about Dahyun’s bad rumors that Pann started