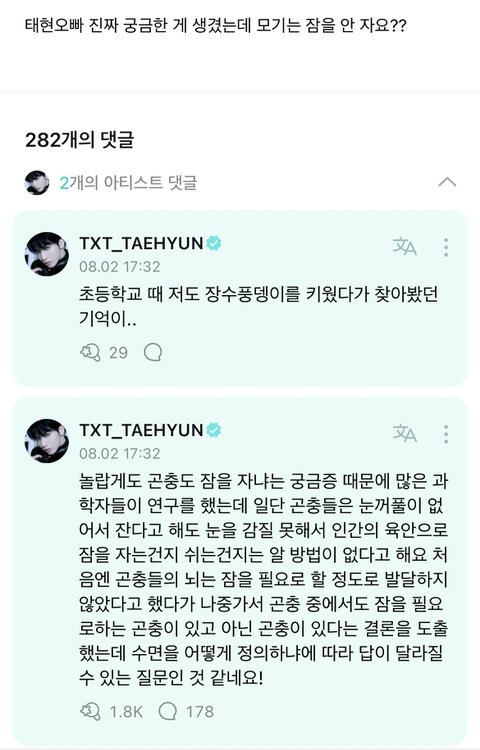 Fan: Taehyun oppa, I just thought of something I’m curious about, do mosquito sleep?

Taehyun: I was trying to raise a beetle in elementary school and remember finding this out too..

Surprisingly, due to scientists’ curiosity, they have researched about whether insects sleep too; first of all, insects don’t have eyelids so even if they were sleeping, they won’t be able to close their eyes, but humans won’t be able to tell with their naked eyes whether they’re sleeping or just resting. In the beginning, they said that the insect brain hasn’t developed to the extent where they require sleep but even among bugs, there are some that need sleep too and some that don’t require sleep. That’s the conclusion they reached. Depending on how you define what ‘sleep’, the answer to your question would be different!

How does he even know this?ㅋㅋㅋ

Our Taehyunie is using Weverse as a search tool

I find kids like that very likable. The ones who inquire and search about things they’re curious about

He uses Weverse as a search toolㅋㅋㅋㅋㅋ 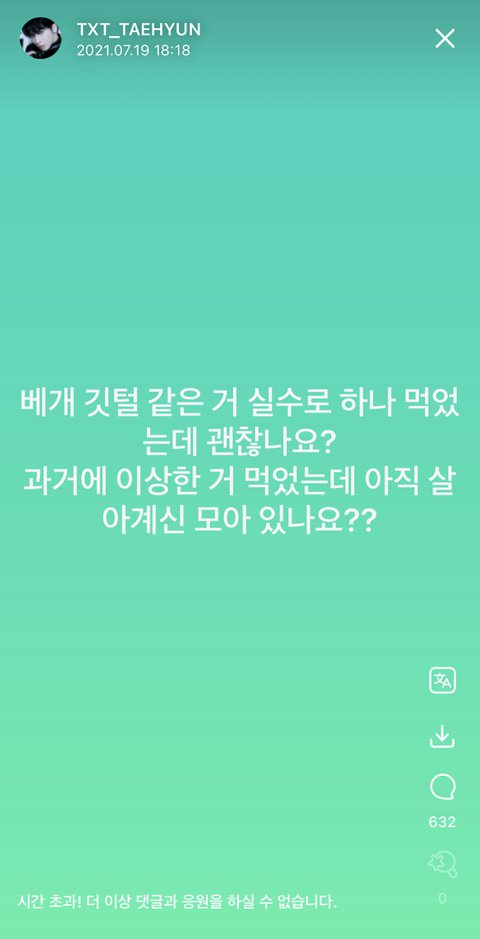 “I ate one of those feather-like things from my pillow. Will I be okay? Are there MOAs who ate something weird and who are still alive”

Maybe because my previous bias was so dumb.. But he’s f*cking likable..