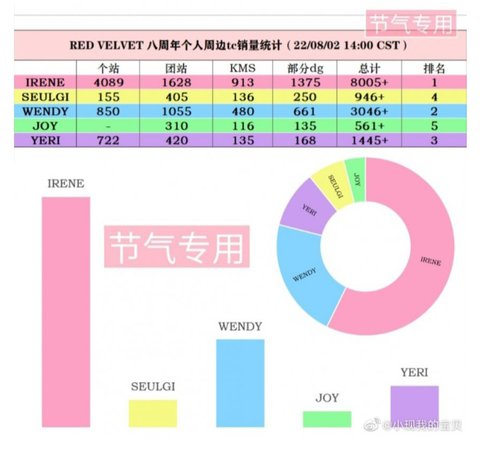 When it comes to public recognition and buzzworthiness, when it comes to the basics of having a strong fandom as an idol, Irene is a wall. After her scandal, her light fans decreased in number (T/N: people who are not hardcore fans) and her existing hardcore fans became even more severe. Irene’s goods are sold out more than group’s goods in China and she’s ranked right after Blackpink. Because of how dependent SM is on China, they can’t throw Irene out. So they are trying to salvage her by putting her face on reality shows and events.

Even if Irene was the least popular member of the group, SM wouldn’t throw her out

You really don’t know anythingㅋㅋ even if she was last in terms of popularity, they won’t kick her out

That kid’s dad is still in the group so do you really think that they’ll kick Irene out?

Do you think that RV fans are still fangirling on RV? They all switched the NewJeans