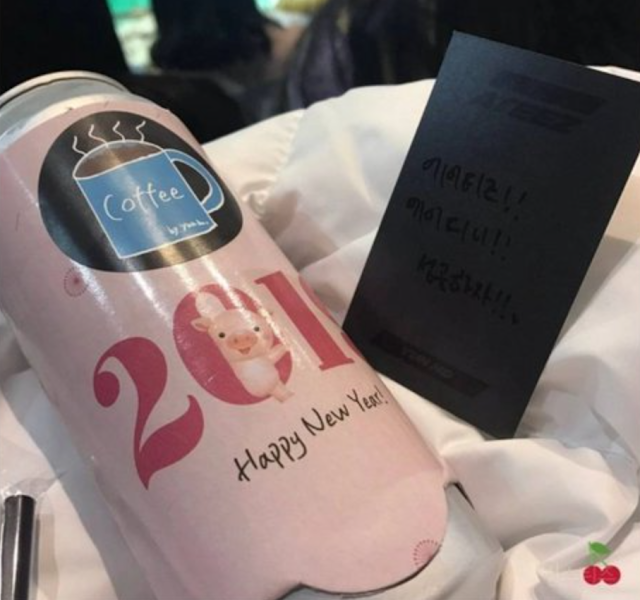 Once you came back to your sense, it’s already snack time

At this point, the fans even started thinking ‘Are they trying to raise us like cattle?’ㅋㅋㅋㅋㅋ 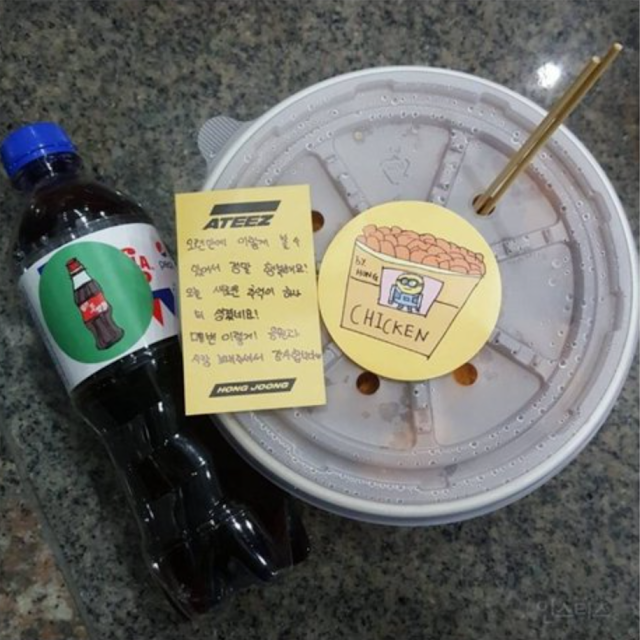 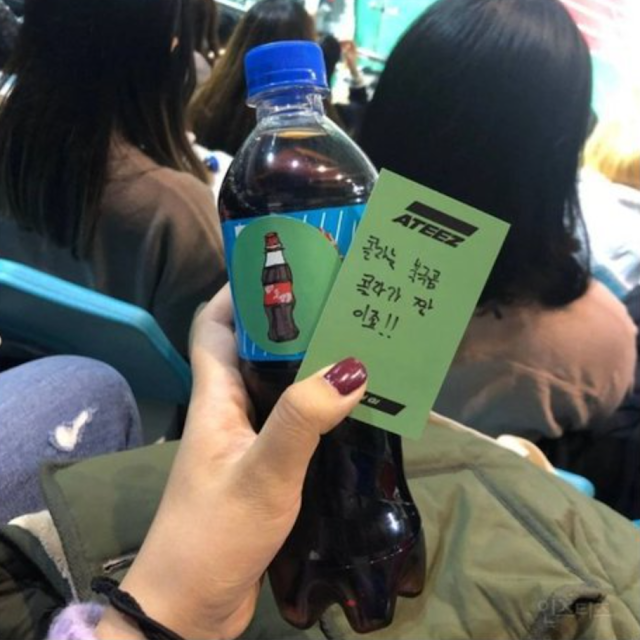 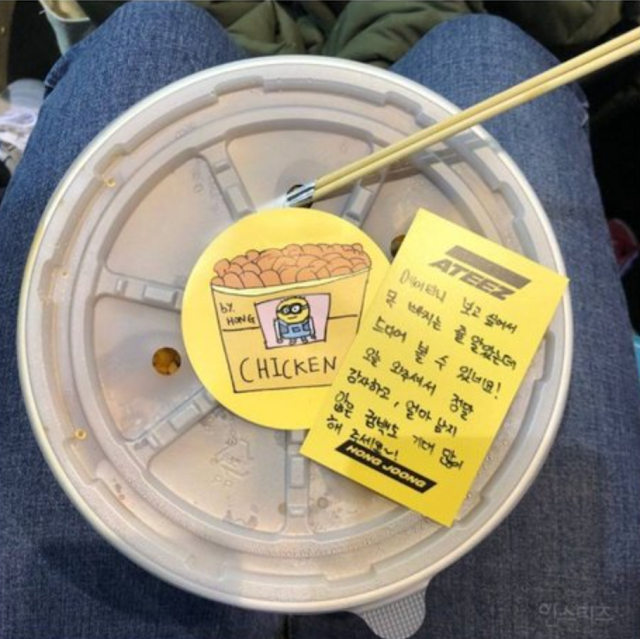 Even fandoms near us were saying stuff like “Again?”

The fried chicken would’ve been enough for 3~4 people…

For reference, the members all drew those drawings that went on top of the food and they also wrote the messages

The message cards’ contents were all different too

This is how the fans were taken care of, and the omurice was just a joke because in one of their songs’ lyrics mentioned ‘Omurice that you can’t bare”

Aside from that, they also handed out Mernel signed posters, coupons for Soba for 2, and for the people who attended their esports recording, they gave them KFC and they gave them pictures too

They’re idols who love their fans, it’s sad to see them getting bashed like that

By the way, the member who wore the luxury bucket hat, it was a gift for his birthday. The Rolex was bought by their CEO. He doesn’t wear anything else aside from his clothes. Even his phone, it’s a phone that another member used and gave to him. He’s a frugal kid 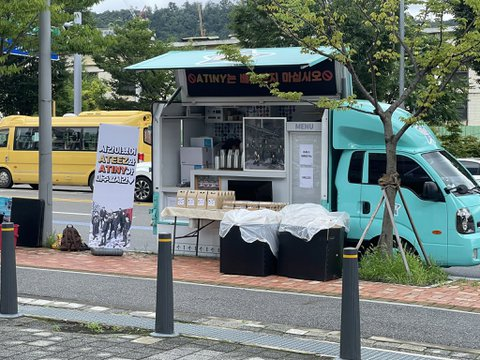 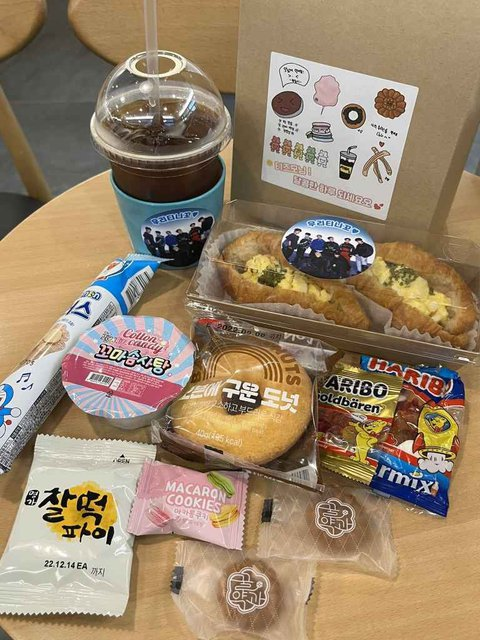 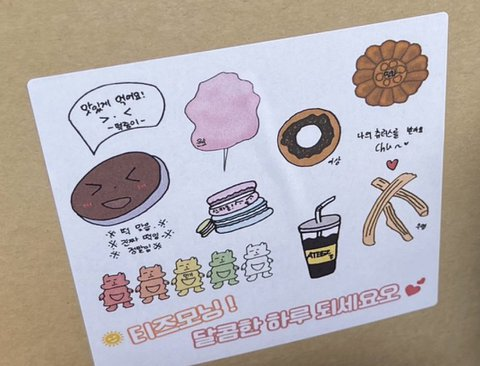 The members even drew the drawings themselves

Starting from Thursday, ATEEZ had a showcase, a music show recording, a fansign, a radio show, content shooting. Their schedules are packed. They can’t even sleep properly but they’re interacting with the fans so well ta IAC and treating them so well. Are those people fan antis? People claiming they don’t love their fans are seriously reaching to hate

Even during their debut days, they went on IAC and received their power trip, aside from Jongho, nobody’s face even appeared once on camera, and you could hear people telling them to screw off outside. I bet they hate going to IAC themselves, but they’re here preparing photocards, writing postcards ,giving packs of masks, Milkis, etc. not only omurice, they’re taking care of the fans for this and that and but they just wanted to make the fans laugh because the omurice was a pun with their song. Why are other people swearing at them? I can’t understand. 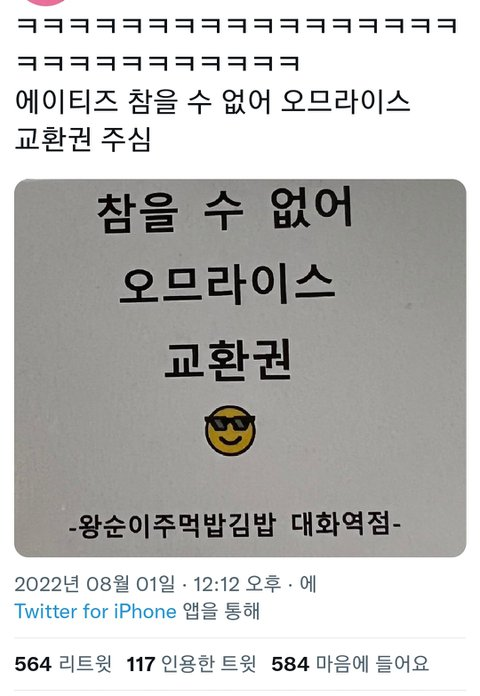 “coupon for omurice you can’t bare”

Just why would you lie and fabricate things just to get idols sworn at? 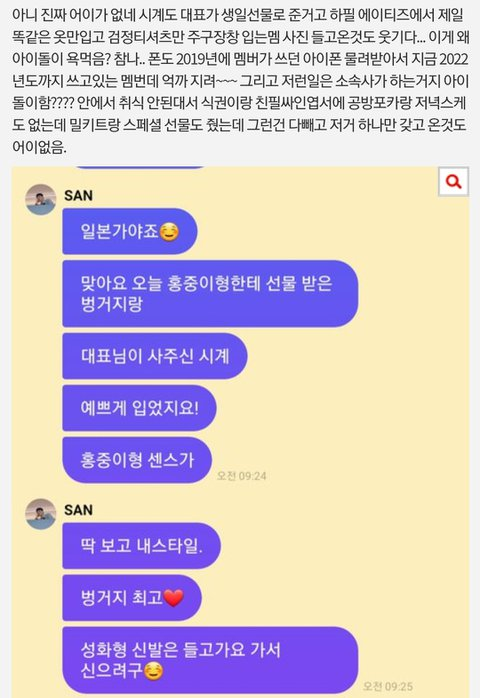 (comment talking about the Rolex being a company gift, that the iPhone he has in 2022 was used by another member in 2019)

– Ah right, today, I received a bucket hat from Hongjoong hyung and the CEO bought me a watch. I’ll wear them prettily!

Bucket hats are the best <3

I knew that this would happen, this was done by ARMY

They have their comeback in 4 days and they can’t even sleep properly. I’m sad that ATEEZ and KQ employees are getting sworn at for nothing. They’re so pitiful. They’re busy to death meanwhile they can’t even eat properly themselves. They just wanted to make the fans smile because their ‘omurice you can’t bare’ became a trend among the fans and they prepared omurice coupons in a hurry. After IAC ended, they gave fans mask packs and Milkis. During the Esports event, they even gave them KFC coupons that they printed cutely and even other group’s fans got jealous of them. At this point you’re just saying anything if you claim that they don’t have love towards their fans. They’ve always been famous for their love for their fans and they haven’t changed