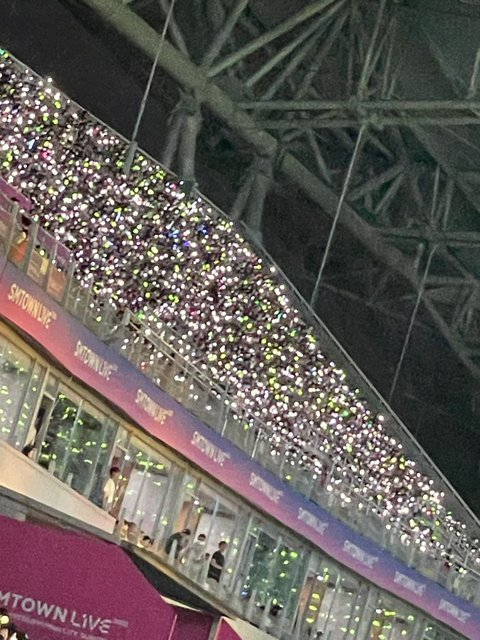 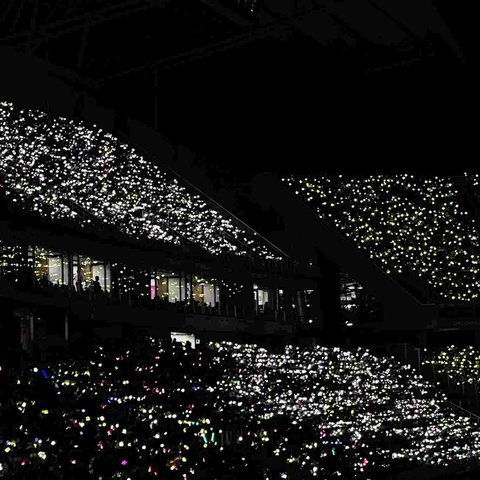 He should be at home watching after his kid, why is he out singing? ㅋㅋ Just go to the norebang with your wife

The commoners and the non-fans calling him pitiful…It’s because you guys know nothing ㅋㅋㅋㅋ Even if he did very well [as an idol] he hasn’t even been promoting for 10 years and he announced the premarital pregnancy the moment they were about to be back from the hiatus and the group’s image was ruined with the marriage. Besides, EXO isn’t some C-tier group, they’re literally an A-tier groupㅋㅋㅋㅋㅋ But because of his relationship breaking out, the fans were stuck taking down all those posts going around communities and the articles while pulling out all-nighters. And he’s there claiming he won’t obstruct the promotions, while he knows he’s been caught with his relationship and he knows that the fans are greeting their teeth trying to protect [EXO], but he still didn’t care and smack them with his premarital pregnancy and marriage news

If I were him, I’d be going home while crying

The fans didn’t even say anything even when they knew that he was dating and they were staying still, so he probably thought he’d get away with his wedding too;;

Because of him, their repackage fell through. Then he had to make his announcement in between D.O and Kai’s birthdays. Then the next day, during a member’s musical press conference, they couldn’t let the issue out. And even fans of other members ended up quitting the fandom cutting the fandom in half. Even the comments in other members’ solos were filled with comments mocking the members. And then they got labelled as the married-dols and the other members couldn’t even do the encore during music shows. EXO couldn’t even go to other broadcasts in group. Even in the past, because of his girlfriend issue, he was fighting with the fans all the time just to announce his [marriage] without even apologizing. Then he ran to the army and gets married in December. His premarital pregnancy happened not even 7 months in between. And in the midst of his premarital pregnancy, he has the audacity to release an album. He gets married, goes on concert and asks people to congratulate his marriage with premarital pregnancy. He’s even beefing with the fans right now. This is just EXO-Ls counterattack to Jong Daddy

He really doesn’t have any thought of quitting EXO? 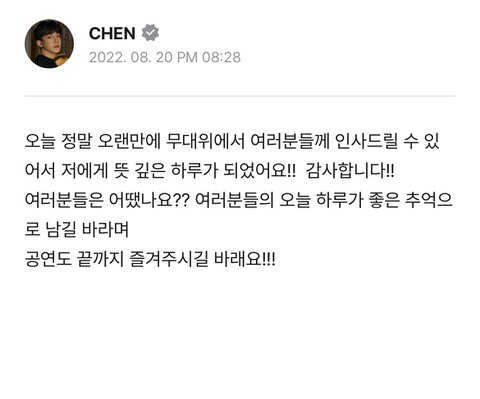 Today has been a meaningful day for me as it’s been a really long time since I was able to greet everyone on stage! Thank you!

How was it for everyone? I hope your day will be remembered as a good memory

I hope you enjoy the show until the end!!

The final boss in terms of beefing with the fans

That’s right if you want to feed the kids, you need to earn money, but because you’re earning money because of the fans, this must’ve been such a meaningful day for ihm

Ah f*****ck Jongdae yah please screw off.. We’re begging you at this point.. Ok? Go solo, we’ll support you. Please get out

I used to like EXO in the past, but why did Chen turn out like that… Seriously what a shame