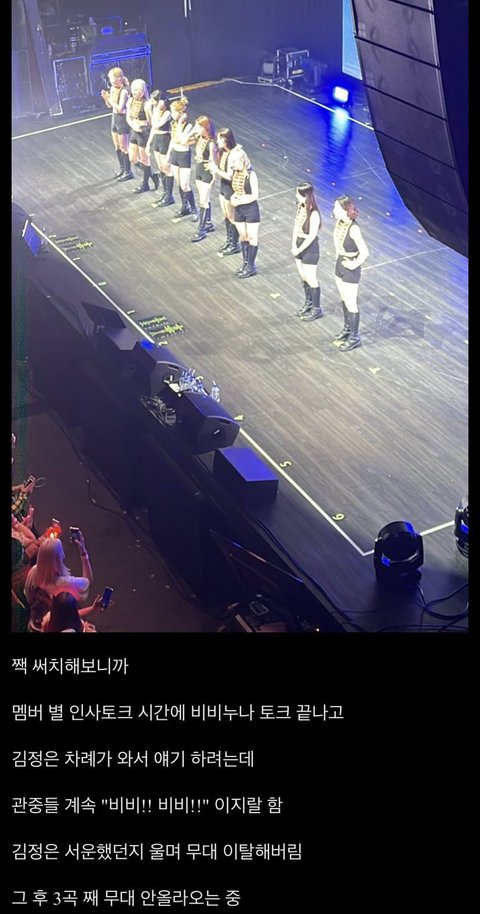 Kim Jeong Eun’s turn came and she was about to talk but the audience kept going “Vivi!! Vivi!!”

After that, she didn’t appear on stage for the next 3 songs they did”

But the company claims that she left the stage due to her health issues. But the timing was obvious… If someone was screaming another member’s name during my ment, most people will leave in a fit of anger because they’re hurt. Vivi must’ve been ashamed toㅠ  The fans are able to scream the members names, but they even announced that it was Kim Lip’s turn. Why are the fans like that?ㅠ 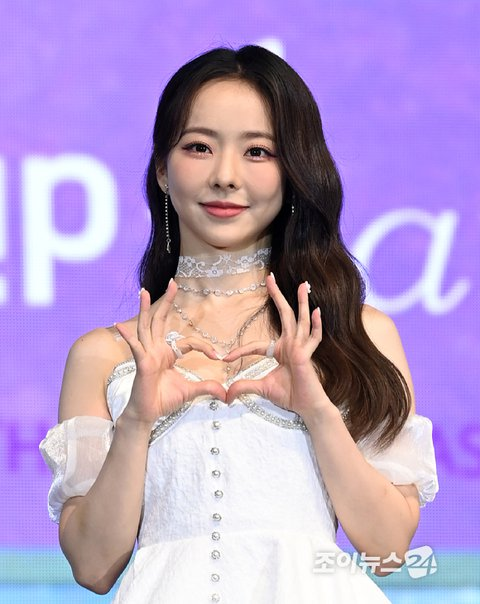 She was already sick and she was just holding back, but the fans were acting like that and she just couldn’t hold back no?

What’s up with their manners? This is insane..

You need to judge it after watching the video… It’s possible they were supposed to be coming down from stage after the song, but they forgot so they came down after. It’s also possible that she was sick and tried to hold back but because it was too painful, she came down. The fact that Vivi was the member who was already talking, I can understand why the fans acted like that

I watched the video, and the moment Kim Lip started saying 1 or 2 words, people started screaming Vivi Vivi, and it wasn’t 1 or 2 people, but a lot of them

If what the picture said is true, aren’t the fans too rude? No  matter how much you like Vivi, if I heard people screaming her name when I’m doing my speech, I’d be so pissed that I’d walk out too