Skip to content
Home Netizen [enter-talk] LOOKS LIKE LEESEO IS GOING HARD ON THIS CONCEPT
…? How can you not know Pikachu?ㅋㅋㅋㅋㅋ 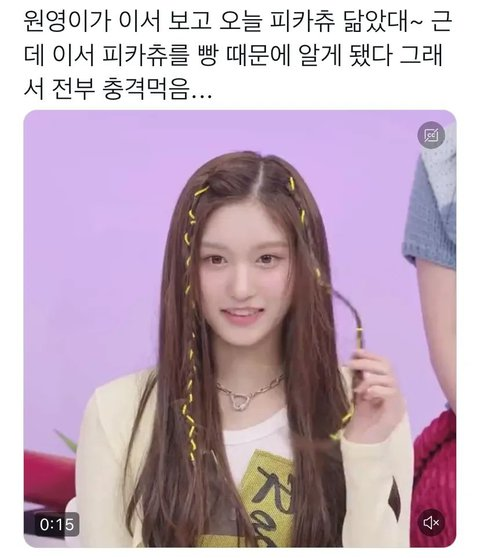 “When Wonyoung looked at Leeseo today, she said that she looked like Pikachu ~ But Leeseo said that she only discovered Pikachu because of the [Pokemon] bread and everyone got shocked…”

She’s young and she was busy being a trainee, it’s possible she doesn’t know what it isㅋㅋㅋ And Leeseo used to be a kids model when she was young, so she probably wasn’t interested in stuff like mangas. Stop this ‘concept’ bullsh*t already, do you think that all pretty girls must be acting some concept?ㅋㅋㅋㅋㅋ

Damn you ajummas are really calling her a ‘concept’ for not knowing what Pikachu is? A 16 y’o?? Please stop acting silly and go take a good look at your own lives

Of course it’s her concept. Even chosings and middle schoolers know what Pikachu is

In the past, she even pretended not to know what a flip phone wasㅋㅋ

I’m at a similar age as Leeseo and even though kids around me barely know what Pokemon is, they all know who Pikachu is… I like Leeseo but I hope she stops trying to push that concept

The MC asked her “Do you know Pikachu?” and she answered “Yes I do, because of the bread, I discovered it” is this really worth getting mad over?

Even my dongsaeng who is a 15’er knows what Pikachu is f*ckㅋㅋㅋㅋ The moment she said she didn’t know what flip phones were, I knew it was a concept