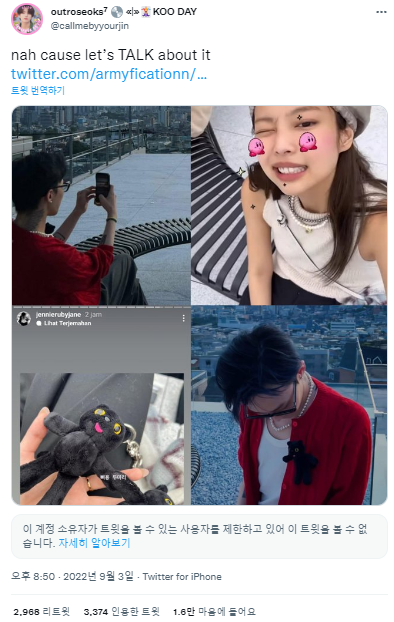 If you look at the quote tweets, all of them are saying “Leave V alone, congratulate GD and Jennie, leave Taehyung alone.” They can’t accept the pictures that the hacker revealed and are believing in some sponsored item 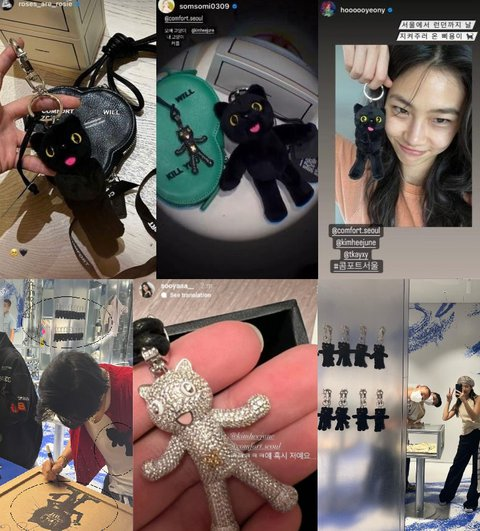 The black cat is a key ring from COMFORT SEOUL that the designer Kim Heejun designed. A lot of celebrities were gifted the same keyring. GD and Jennie also received it as gift. The pictures were taken at the COMFORT SEOUL event. 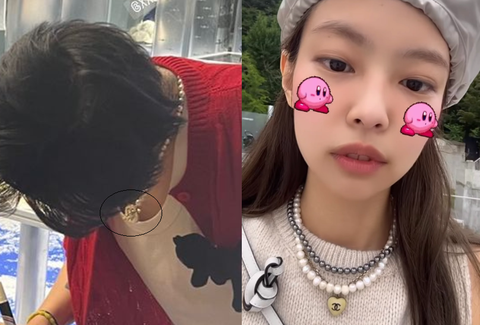 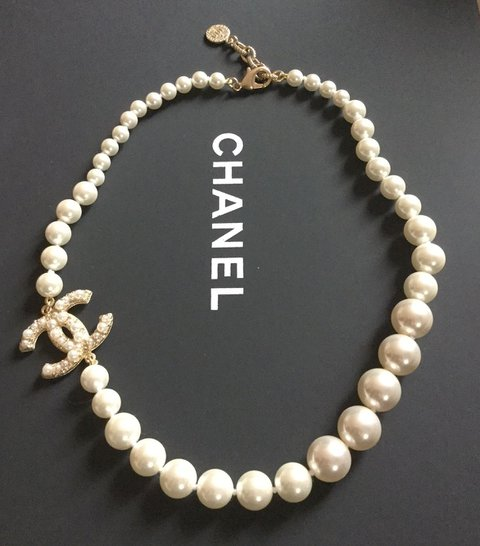 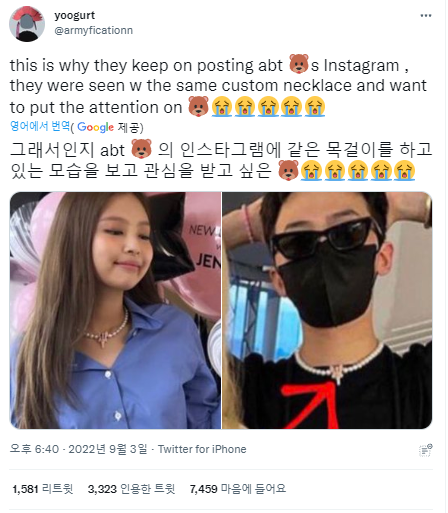 The necklace is from Ian Charms, and it’s called the “Blackpink necklace.” It’s sold at COMFORT SEOUL. They acknowledged on their official Instagram that he received it from COMFORT SEOUL when he visited. GD and Lee Soohyuk were at COMFORT SEOUL and when he came out, he wasn’t wearing a necklace. It was just some kind of promotion. 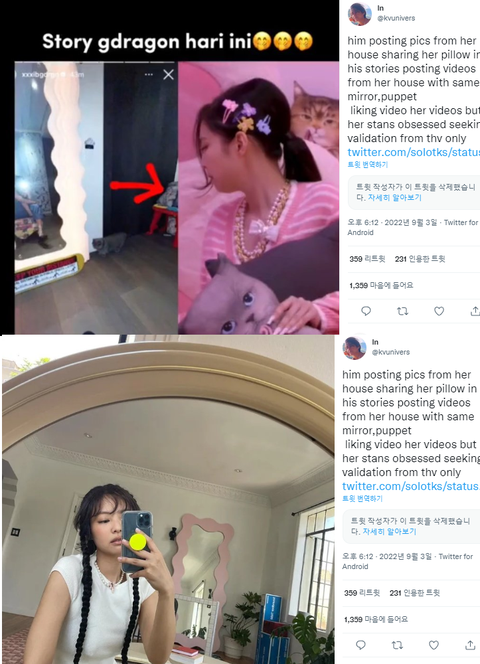 Because the pillow was the same, they are claiming that GD took a picture in Jennie’s house but that was fake too

The mirrors aren’t the same, and it’s a mirror that became a trend because of GD. It was sold as the “GD mirror” ever since 2019 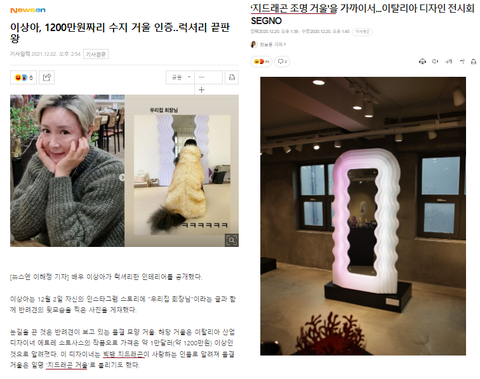 (Article talks about how it’s called the “G-Dragon mirror”) 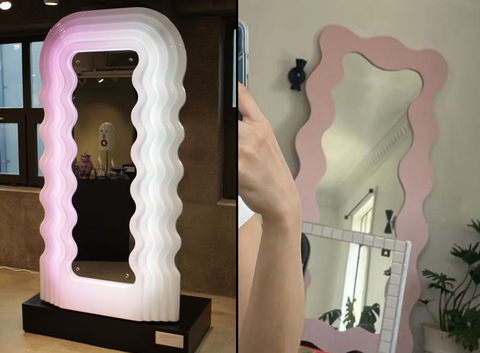 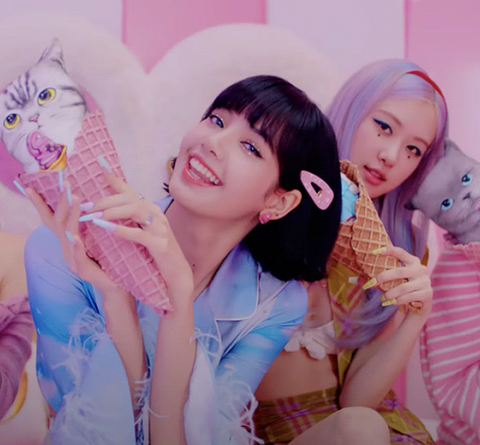 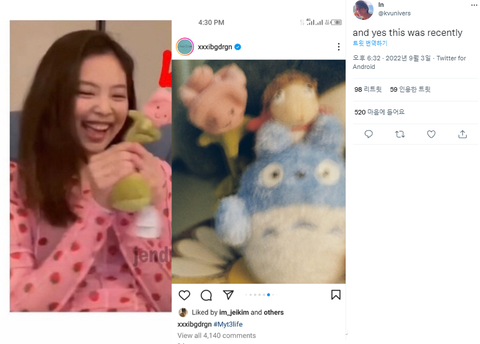 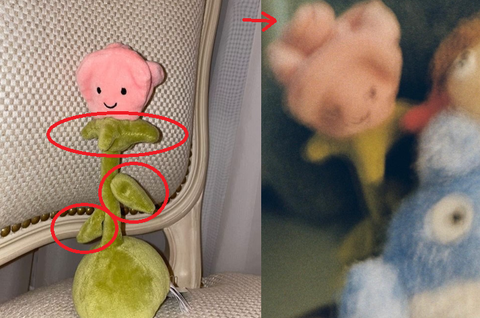 The rose plushie isn’t a couple item, they are different. the color and shape are also different 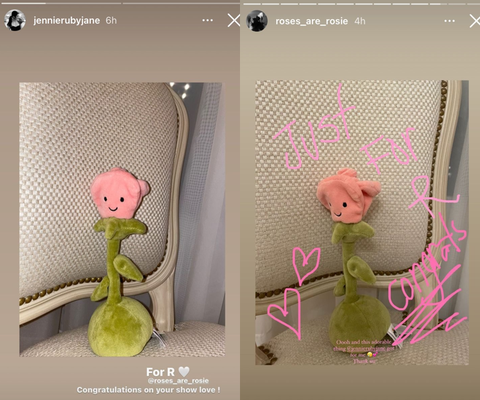 The one that Jennie was holding isn’t even Jennie’s rose. It’s a gift she gave to Rose 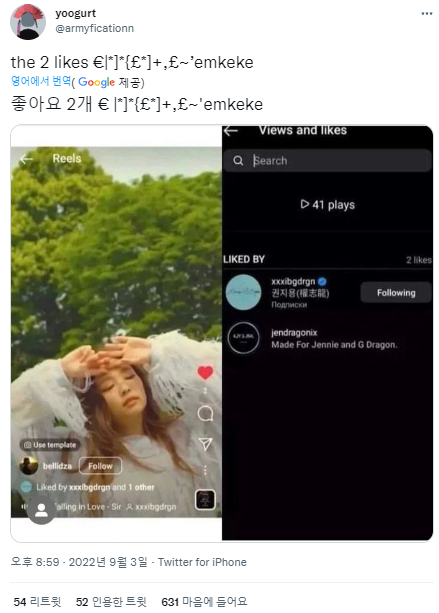 But GD has always liked a bunch of his tagged contents. If you look at the content, some of them are OT4, some are OT5, some are shipping contents with him and IU/Dara too. Foreign fans always post on screenshots of how GD liked their post too 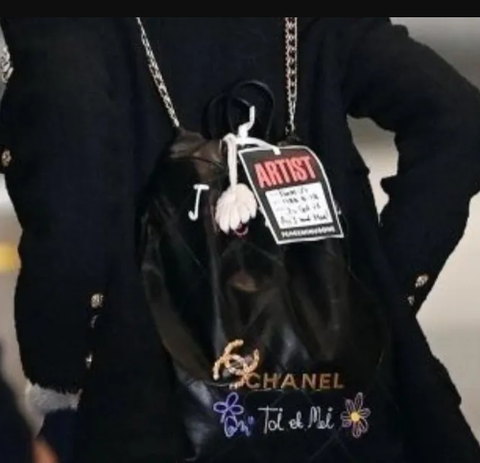 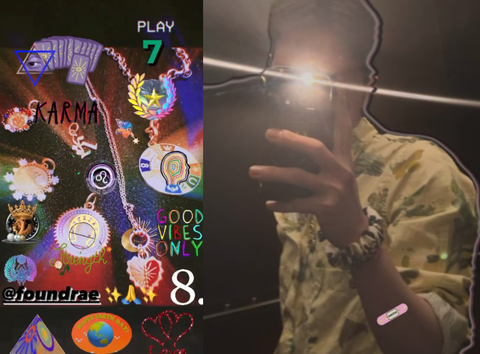 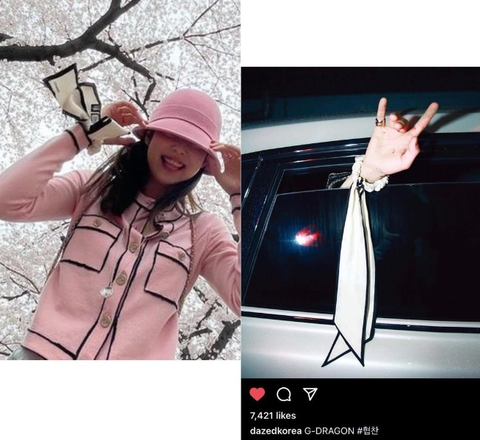 Also, these two are both ambassadors for Chanel but they’ve been lumped together for wearing the same bracelet 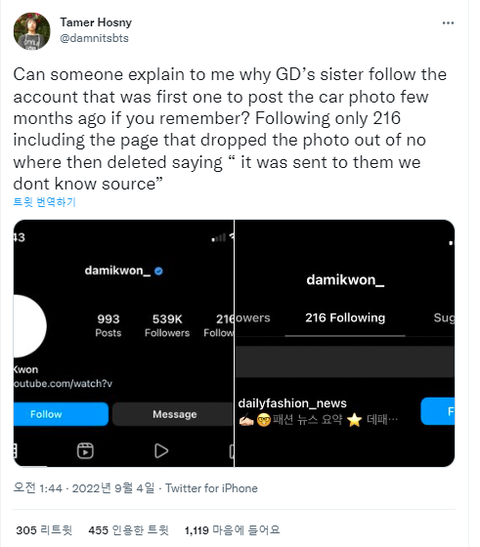 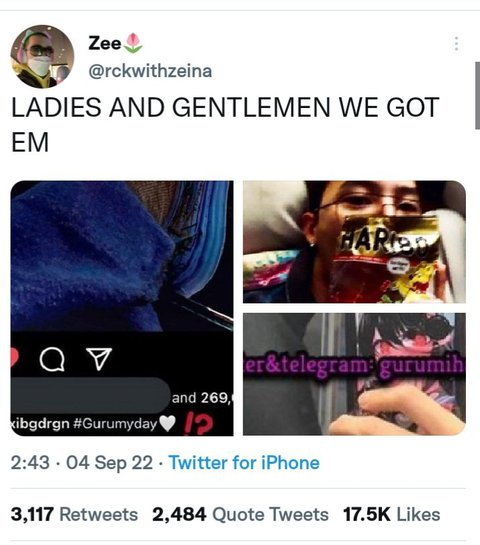 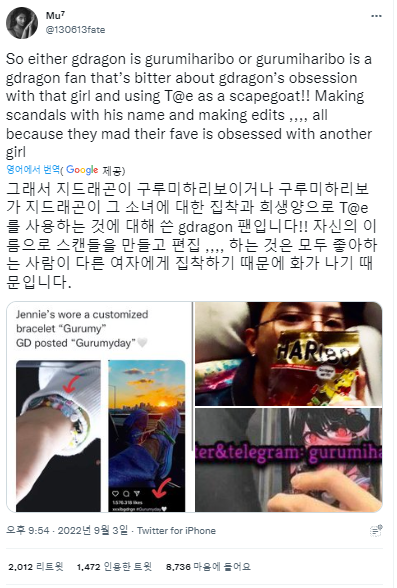 Also, the most ridiculous thing is that they are saying that GD himself exposed V and Jennieㅋㅋ

They are sharing a Haribo picture that GD took back in October 2019 and shared a picture of clouds (T/N: gurum) that GD took in 2021 while captioning “guumy/gurumy day”. 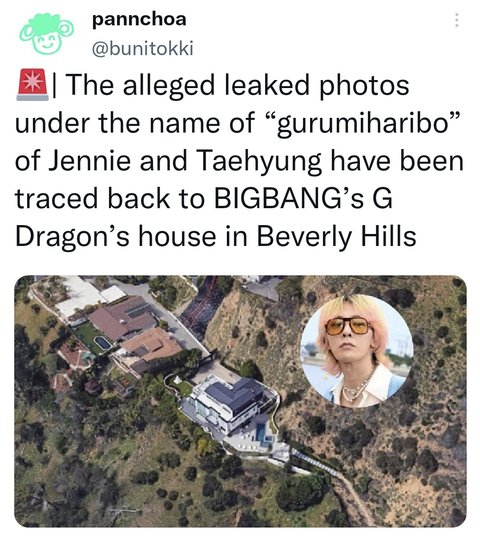 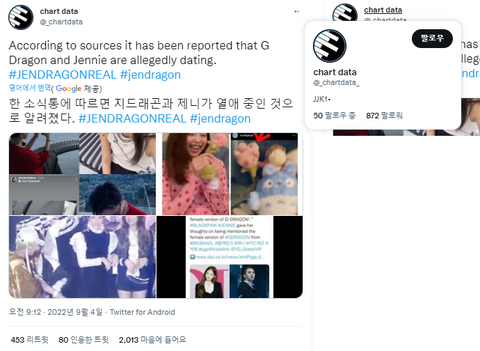 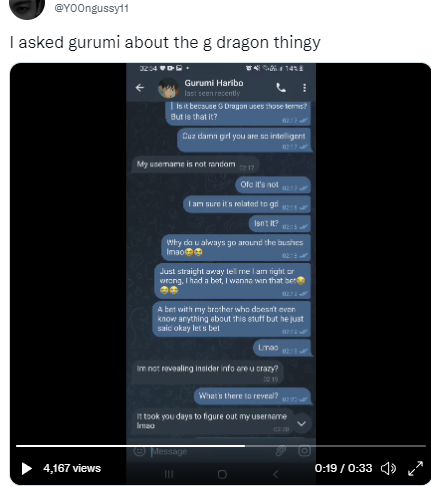 Someone was tried talking to GurumiHaribo on Whatsapp, and said that they seemed like a GD fan. It’s just ridiculous. 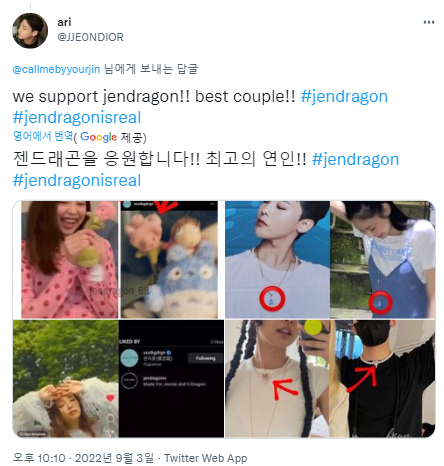 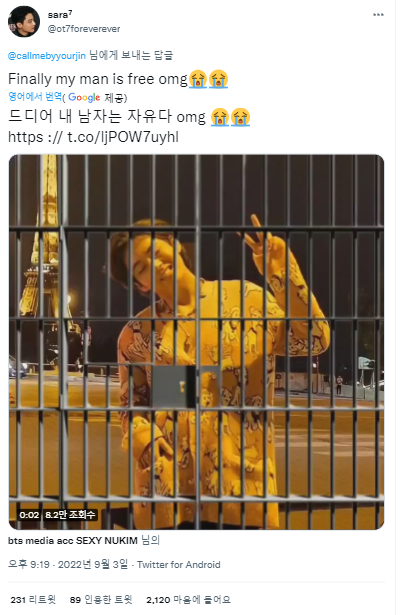 Big Hit and Bangtan were the ones who made that boyfriend image for V. V was feeding the pseudo relationships to his fans to the point that he wouldn’t be here without his fans. But V seems to be already fed up with this kind of thing. So isn’t this why Big Hit isn’t releasing any official statement? Because the fans will be quitting the fandom. V can date girls just fine and he seems happy with Jennie right now. He also seems to want to make it obvious

If you look at those items and outfits, they are so popular with idols nowadays. It’s because they all got sponsored

Even on Pann, some V fans are still shutting their eyes and ears and lumping GD with Jennie. I hope you get in your right minds

Why do they keep dragging GD in…? Seriously, his fans are also having it hard so please just leave him alone, f*ck.