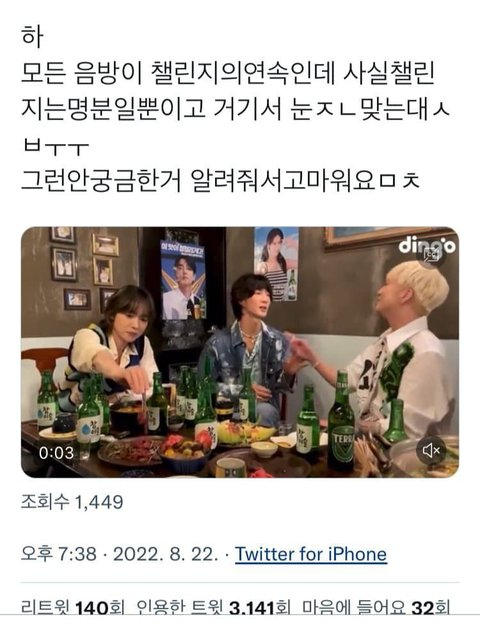 They are doing a series of challenges in all music shows but they said that in reality, it’s just an excuse and that he fell in love there, f*ckㅜㅜ

Thank you for letting us know something we weren’t curious about, crazy”

Because of his careless remark, all the female idols who did a challenge with him will get into all sorts of rumors

Ha seriously, he could’ve not told us alrightㅠ

Nowadays, female idols are all f*cking young so who would even… with a 30 y.o.. Isn’t his ego way too overinflated?

He’s the only one who felt that sparkㅋㅋ..

If you look at Twitter, they are f*cking ruthless. There’s no female idol who would have a spark with a kid like you so stop with the bullsh*t

Ah… why does he remind me so much of those returning student sunbaes?ㅋㅋ