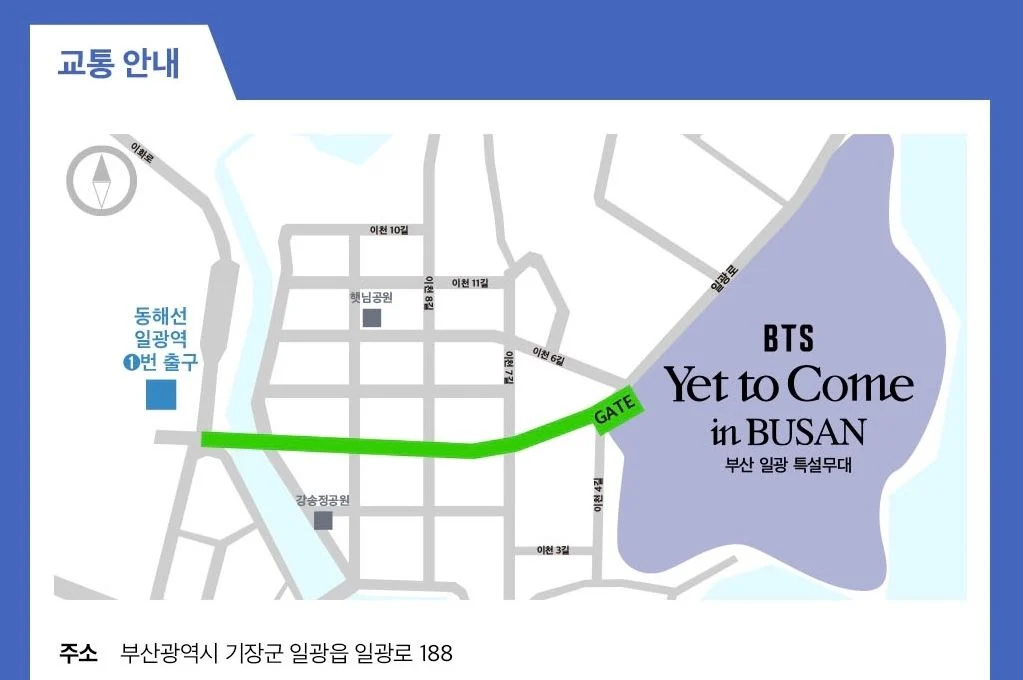 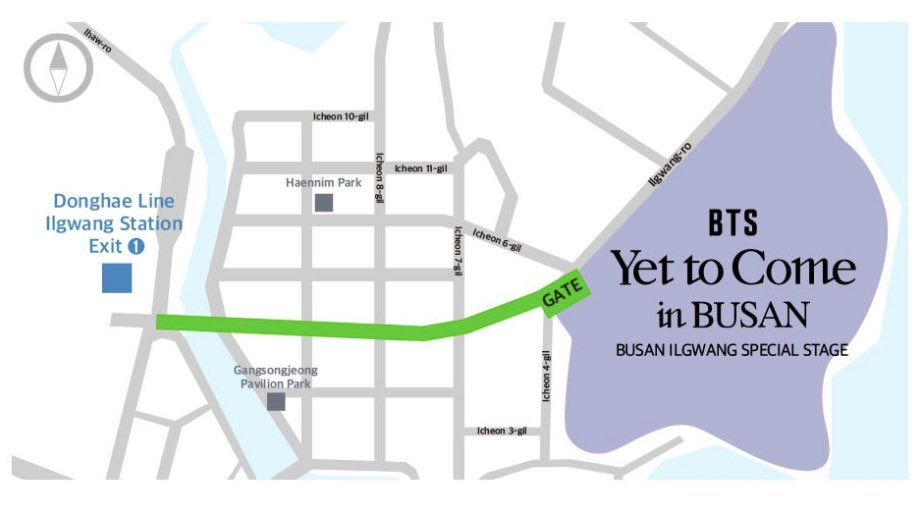 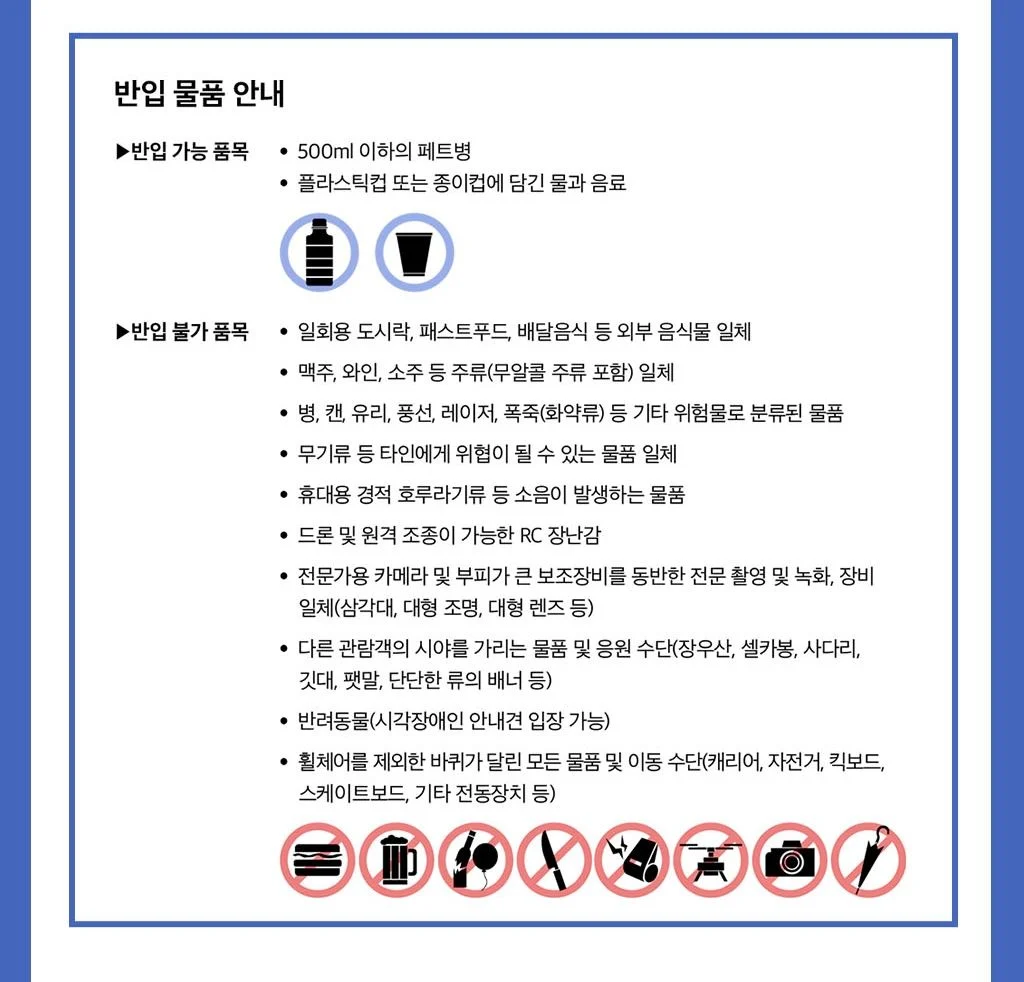 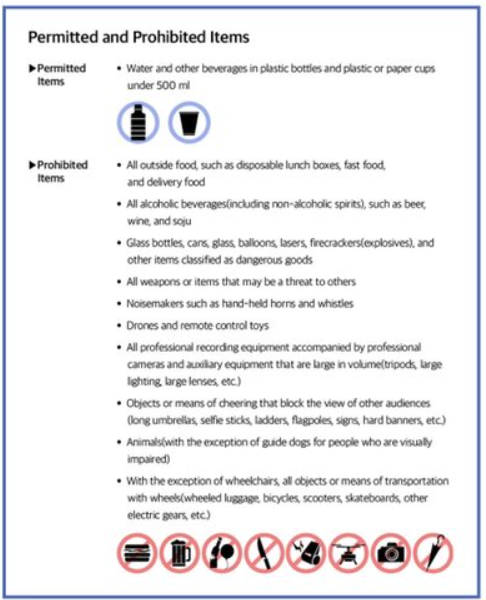 – If you think that you won’t be able to leave once it’s over, get some tact and leave in advance

“Because there are no attributed standing seats or standing spot numbers, you can stand wherever freely.”

– 50K people can enter the standing area, but there are no numbers attributed

1. Having only 1 gate is seriously oba

2. And the moment an accident happens, Busan and Hybe will both hide behind BTS and let the news put all the blame on BTS

3. Hybe is an accomplice, I just pity BTS and the fans f*ck

4. So once you enter the place, you’ll need to starve the entire day?

5. Why aren’t they mentioning the 3500 additional guests they plan to invite in the notice???

8. They’re not even going to lay out a standing map for 50K people and they’ll just let them stand wherever they want??? And they think that people won’t be pushing each other out of excitement???? This is practically begging for an accident to happen

9. I’m sure they won’t take responsibility over this but… It’s impossible to crow control this many people at once

10. If you don’t want to regret holding this event, re-evaluate it right now 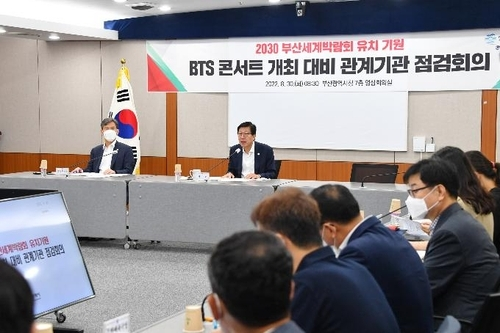 The city of Busan announced on the 30th that it plans to invite more than 3,500 people, including major overseas figures and their family members, to the BTS concert for the 2030 Busan World Expo (Expo) scheduled for October 15th.

In addition, considering the lack of accessibility to the site, Busan is also exploring using sea transportation to bring people to the venue.

They are considering transporting the audience from the North Port International Passenger Terminal near Busan Station to the concert hall.

A temporary parking lot that can park more than 20,000 vehicles will be set up near the concert hall, and a shuttle bus will be provided to the event site.

1. Don’t tell me they’re planning to put those 3500 people in the front rows and they’ll be able to enter and leave first right~~?? They’ll listen to the citizens right? ^^?

2. ㅋㅋㅋㅋㅋㅋㅋㅋㅋ What a humiliation ugh this is such an embarrassing party. I rather let them go through with it so they can realize how hopeless they are directlyㅋㅋㅋㅋㅋㅋㅋㅋ

3. I bet until those guests leave, the fans will still be unable to enter

4. ㅋㅋㅋㅋㅋ This was supposed to be a free concert, but all the good seats will be shared through invitation ^^

5. Daebak, they said in their notice just now that they didn’t have any parking and to only come through public transportationㅋㅋㅋ They’re daebak

7. If all the front rows are filled, who would even want to go?

8. They should’ve just held a concert among themselves instead, why call the fans and make them stand there?

9. ㅋㅋㅋ 3500 people? They’ll be the ones who will enter the latest and leave the first, and they’ll also have the best seats. The concert is meant for them. Crazy, just don’t do it at this point

10. I’ve never been this stressed in my fangirling life…