Skip to content
Home Netizen [enter-talk] GISELLE’S AUNT’S INSTA STORY
ㅋㅋㅋ she’s good at cosplaying as the victim
No but why does this golden spoon have no shame? 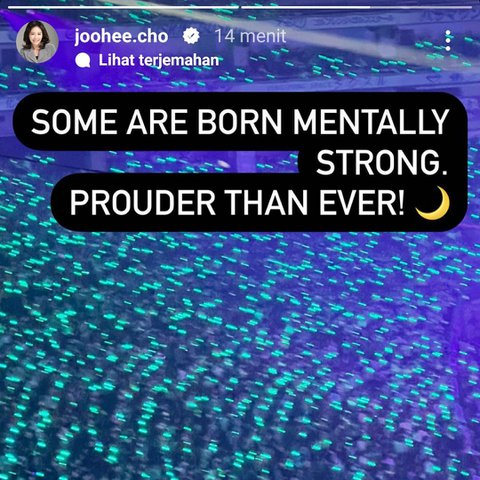 Her own niece stole the place of another trainee and she’s here bullsh*tting about strong mentality and it’s just f*cking funny. Does she not know that there are even talks about how she received an apartment fom LSM?
No but, I hope she realizes the level of her niece’s skills.. her rap is meh and if her dancing was good, the public wouldn’t have anything to say
post response:
[+270][-28]
original post: here

The funniest part was people saying that she made it through the Saturday auditions
2. [+98, -2]
But she’s not even her own niece so it’s fascinating how much she pushes her… isn’t she her hidden daughter…?
3. [+66, -7]
Giselle has no conscience and is too shameless which makes me dislike herㅋㅋ they must have trainees who stand out more, who are prettier and more desperate than her but she came in through her backups and is pretending like she debuted all thanks to her own strengths.. She’s the only visual-hole and skill-hole in Aespa
4. [+63, -9]
F*ck, is being her backing something to brag about?
5. [+13, -34]
She’s not even her own aunt so you’re even more disgusting for writing a post like thisㅋㅋㅋㅋㅋㅋㅋㅋㅋㅋㅋ
6. [+9, 0]
Then just who is this person?
7. [+8, 0]
Her fans are biting their teeth and insisting that they are not related whatsoever but this ahjumma has no tact eitherㅎ
New post
Next Post
✉ PC Stories